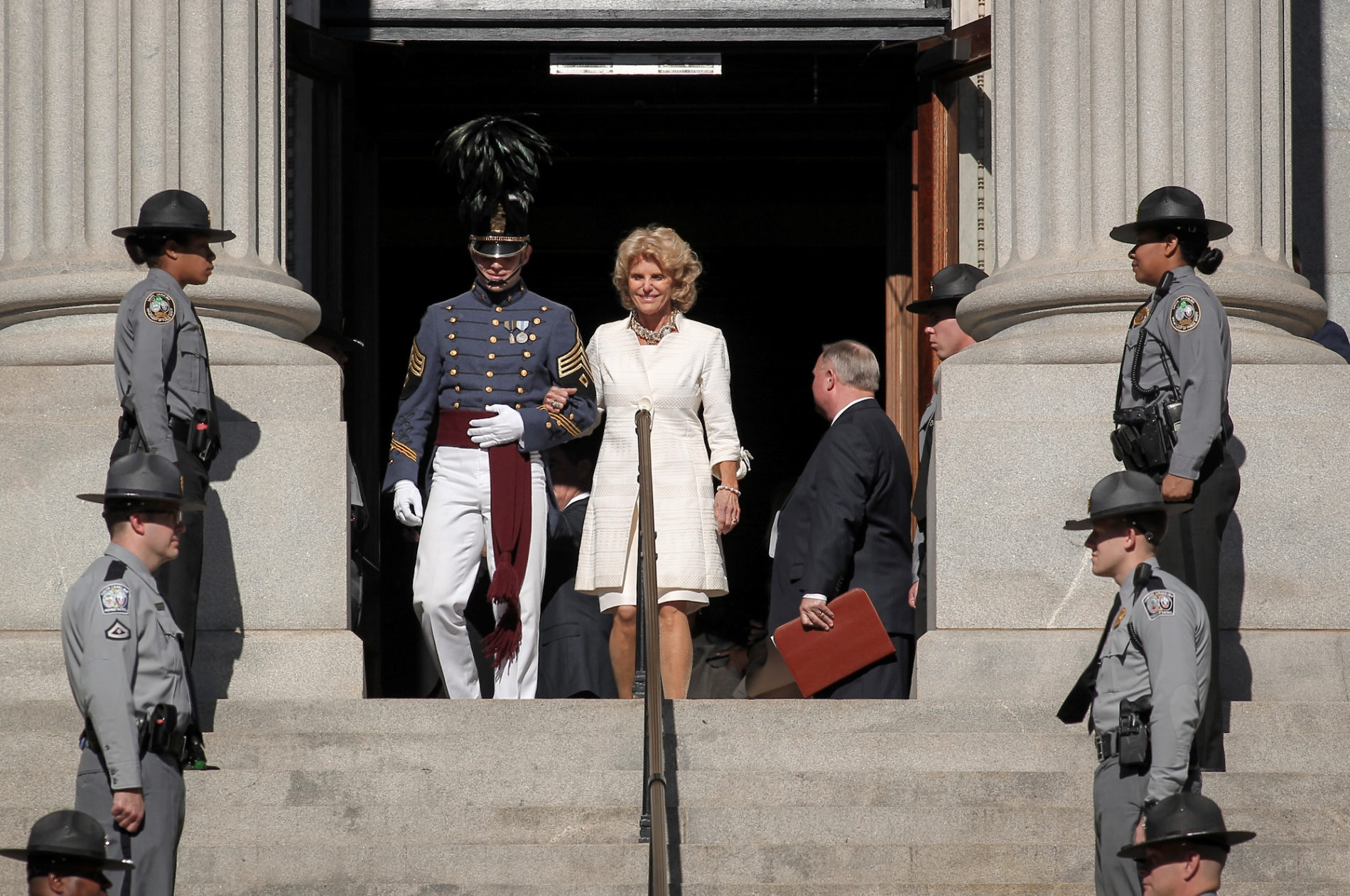 “Behind every good man is an even better woman …”

Heard that expression before? Thankfully, we live in a world in which such sexist patronization has become outmoded. Women are increasingly the drivers of not only their own destinies, but of our collective destiny as a society.

In other words, they need not be damned with such faint praise any longer …

And while the first female president remains elusive (for now), the influence of women in politics is exploding … and will continue to do so as the millennium unfolds.

In South Carolina, Republican governor Henry McMaster – a patriarchal caricature of the old south – seems like the very last sort of politician who would embrace (or yield to) the influence of the sacred feminine.

Following on the heels of former governor Nikki Haley (a trailblazer whether you like her or not), McMaster offers the starkest of contrasts. Honestly, he seems like the sort of politician who would call his female counterparts “darling” while attempting the time-honored reach-around.

Biden-esque, if you will … literally.

Anyway, McMaster (above) – who spent his first two years in office as little more than an errand boy for the state’s all-powerful legislative branch – has recently decided to pick a fight with the GOP-controlled S.C. Senate.

The nexus of this confrontation? The scuttled nomination of his buddy Steve Morris to serve as director of the S.C. Department on Aging (SCDA).

To be clear: This story should have never been a story. Given the monolithic level of opposition to Morris’ nomination (he was voted down by a 41-2 margin), any other governor would have pulled his name from consideration rather than allowing them both to endure such a humiliating defeat.

But McMaster didn’t pull Morris’ name. Not only that, his press office issued a stinging statement following the latter’s defeat accusing senators of engaging in “Washington D.C.-style smear tactics, character assassinations, and unsubstantiated rumors” related to the botched confirmation.

Not only that, McMaster sent a letter to Morris authorizing him to continue in his $109,000-a-year (not counting benefits) position indefinitely. Furthermore, we are told he took retribution against state senator Katrina Shealy – whose Senate panel failed to endorse Morris – by reneging on an agreement to appoint prosecutor Candace Lively to lead the newly created S.C. Children’s Advocacy Department (SCCAD).

Lively was Shealy’s choice to lead SCCAD, which was created by legislation Shealy sponsored and shepherded through the S.C. General Assembly.

So yeah … the governor has basically quadrupled-down on this fight.

“All of us are shaking our heads as to why the governor would want to go to the mat for (Morris),” one ex-lawmaker told us.

Meanwhile a source in the Senate told us the chamber’s leadership was still in disbelief that McMaster was “going to war” over Morris’ nomination.

“I’m no constitutional scholar, but I thought the whole reason we had advice and consent was to prevent the governor from filling the executive branch with unqualified friends/ loyalists,” one senator told us. “Morris has no qualification other than his wife and Peggy (McMaster) are in a garden club together.”

And there we have it …

It’s becoming a lot clearer to us now.

Sources familiar with this escalating situation tell us Martha Morris and Peggy McMaster are indeed “inseparable” – often taking trips together to the same Columbia, S.C. beauty salon where they plot the future of the Palmetto State while receiving identical ’dos.

“It has become apparent the governor is not the instigator here,” one lawmaker told us, barely suppressing a laugh.

Our view on all this? Ironically, we have long supported McMaster’s right to appoint pretty much whomever he wants to fill positions within the executive branch of state government – even the grossly unqualified husbands of his wife’s beauty salon/ garden club buddies.

Such is the nature of true executive accountability … something the Palmetto State has lacked for centuries.

Obviously this news outlet did not support McMaster (endorsing his opponent in last spring’s GOP gubernatorial primary). And for the record, we have referred to him as a “terrible governor.”

Still, barring some glaring evidence of malfeasance or lack of fitness for office, are these not the governor’s choices to make?

Or at any rate, his wife’s?

Remember, behind every great man is … sheesh … never mind.

#SC1: The General Election Is Officially On …