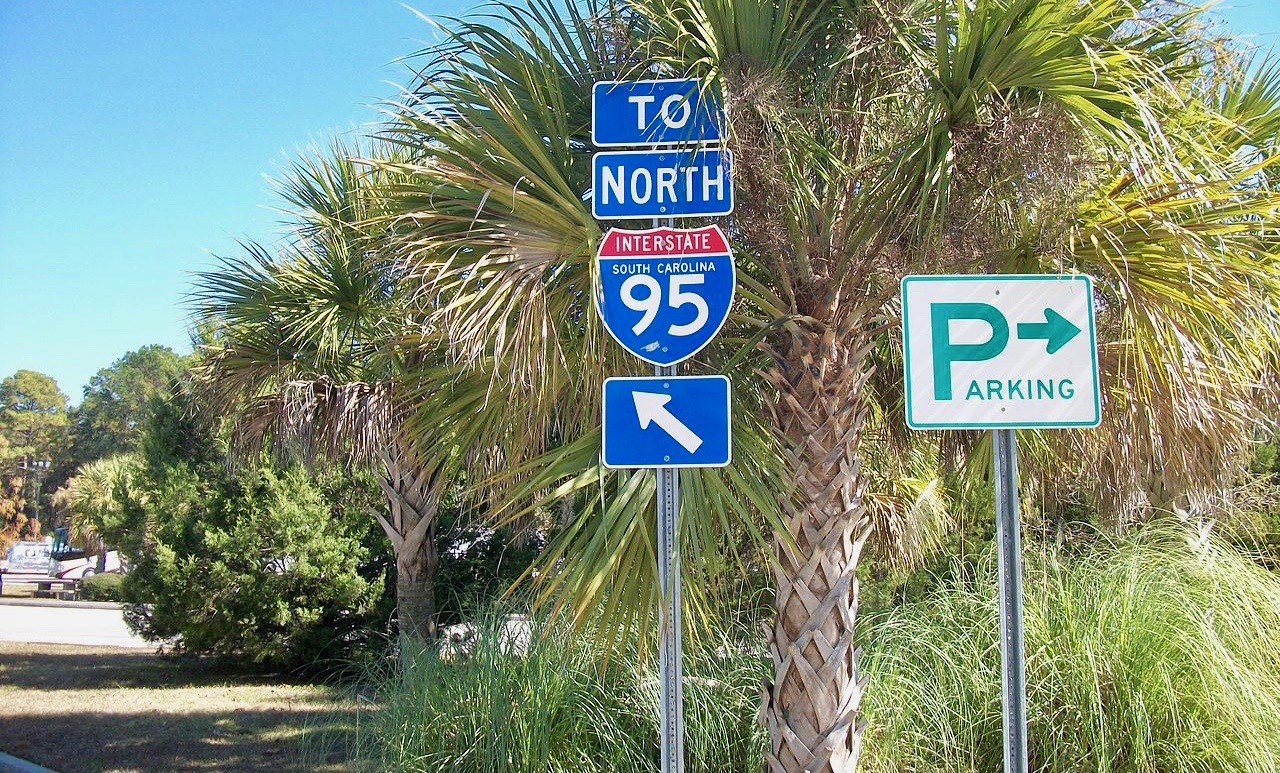 Nothing says “welcome to the third world” quite like entering Jasper County, South Carolina on Interstate 95.

Traveling from Georgia, the highway narrows from six lanes to four lanes – with rusty guardrails flanking the roadside. Trash is everywhere, greeting visiting motorists as they pass through a 1990s-era stucco display that might as well be the entrance to a drug kingpin’s barn – or a trailer park.

Traffic grinds to a slow crawl, then proceeds in stop-and-go fashion for the next fifty miles.

Worst of all is the pavement – which resembles an Afghan airstrip following a sustained bombing barrage. Seriously … from Miami to the Savannah River, Interstate 95 is smooth sailing, but the moment you see that “Welcome to South Carolina” sign everything falls apart.

Including the alignment of your vehicle … and your spine.

It is, quite simply, an embarrassment. Not unlike the tax-and-spend politicians responsible for it. A literal “corridor of shame.”

Now the “leaders” who have presided over the perpetual failure of this road (and its surrounding low-income fiefdoms) want to charge motorists for the “privilege” of traversing this third world thoroughfare – which sits as an uneven, dangerous monument to politically motivated infrastructure prioritization.

Wait a minute … didn’t South Carolina “Republicans” just impose a massive new gasoline tax hike with the promise of “fixing our roads?” Yes, they did. But once again, they aren’t.

Sadly, this would be more of the failed “Mo Money, Mo Problems” approach to governing – a.k.a. the only approach Palmetto State leaders seem to understand.

Mere months away from the latest round of gasoline tax hikes taking effect, South Carolina lawmakers have inserted an amendment into the latest version of the $30 billion state budget that seeks to impose fresh levies on motorists – specifically tolls on Interstate 95.

Here is the language of the proviso, which directs the scandal-scarred S.C. Department of Transportation (SCDOT) to set up the first toll on Interstate 95 no later than July 1, 2020.

In the current fiscal year, the Department of Transportation shall impose a toll along Interstate Highway 95 where it crosses Lake Marion in either Orangeburg County or Clarendon County. The revenue collected from the imposition of this toll must be used for the maintenance, upgrade, and expansion of the highways, bridges, and interchanges of Interstate Highway 95.

A follow-up proviso directs SCDOT to adopt a plan that would impose three additional toll locations on Interstate 95, each charging $2.00 per vehicle – meaning motorists would wind up paying a total of $8.00 to traverse the state.

Does South Carolina need to turn Interstate 95 into a toll road to fix its many problems? No …

Over the last decade, SCDOT has seen its recurring funding more than double. State leaders also approved a massive borrowing bill in 2016 – and a gas tax hike in 2017 that is vacuuming an estimated $1.8 billion from the state’s economy over its first six years (and will vacuum another $600 million annually each and every year thereafter).

As is the case with the Palmetto State’s worst-in-the-nation schools, money is not the problem.

These critical projects should have been completed decades ago …

Unfortunately, state leaders have been blowing money on pet projects of dubious value – including the widening of a sparsely traveled two-lane road from Florence, S.C. to Pamplico, S.C. or the construction of the infamous “interchange of hope” in Dillon, S.C.

That latter project, incidentally, is part of an aspirational bid to secure funding for Interstate 73 – a totally pointless project that continues draining resources away from far more pressing infrastructure needs.

Dubious “economic development” infrastructure deals also continue to eat away at resources that could otherwise be devoted to legitimate highway needs. The latest example of this trend? A $40 million interchange proposed as part of a $123 million taxpayer-funded handout for the Carolina Panthers of the National Football League (NFL), whose billionaire owner is considering relocating the team’s practice facility to the Palmetto State.

Of interest? SCDOT has already submitted a plan to widen 33 miles of Interstate 95 between the Savannah River and U.S. Highway 17. The agency estimates that project will cost $1.2 billion.

It has also already earmarked $110 million toward the project on an annual basis beginning in 2023 – which is when the gimmick income tax credits contained in the 2017 gas tax hike are scheduled to expire (the tax itself never expires).

Our view on all this? It is simple: Maintaining a network of roads and bridges is a core function of government – one that should be adequately funded, properly prioritized and efficiently administered.

None of that is happening right now in South Carolina, which is one reason entering the Palmetto State will continue to be a third world experience – no matter how many new levies our leaders impose.