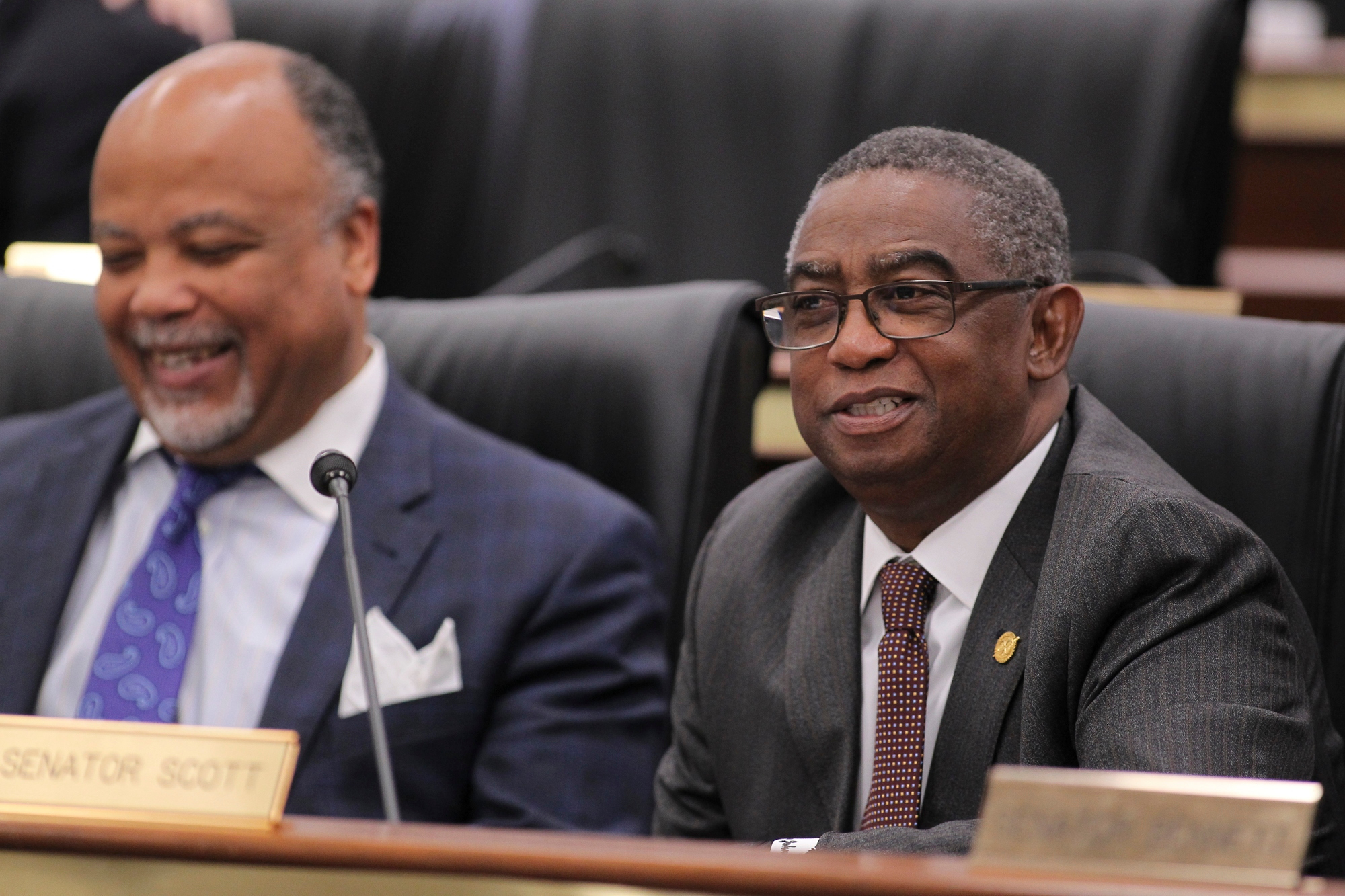 This year’s scandal takes the cake, though, because it is one we previously identified within the context of chronic nepotism at the S.C. State House.

We are referring, of course, to the contested race for a circuit court judgeship in the Palmetto State’s second judicial circuit – which encompasses Aiken, Bamberg and Barnwell counties.

This race technically has three candidates, but it has come down to a battle between Aiken, S.C. solicitor Courtney Clyburn Pope and second circuit deputy solicitor David Miller.

Pope is the daughter of veteran state lawmaker Bill Clyburn, who has represented S.C. House District 82 (map) for the last quarter century. Prior to that, Clyburn was a member of Aiken County council and before that he was councilman for the town of Aiken, S.C. – which hired his daughter as its solicitor in March of 2016.

Not surprisingly, we raised this connection in our initial treatment of this race – reiterating our calls for an end to both chronic nepotism and corrupt judicial elections at the S.C. State House.

As we have repeatedly stated, from the selection of judicial candidates by a committee packed with lawmakers to the actual legislative voting on their ‘merits’ – the entire judicial selection process in South Carolina is rigged and needs to be replaced.

Speaking of “merits,” Clyburn Pope’s name was advanced by the legislatively controlled S.C. Judicial Merit Selection Commission (SCJMSC) despite the fact that a citizens’ screening panel found her to be unqualified.

According to the commission’s final report, Clyburn Pope was “unqualified” when it came to her professional and academic ability as well as experience (or rather, lack thereof).

“Unfortunately the committee had to find her unqualified because of lack of experience and not being well versed in procedural and evidentiary issues,” the report (.pdf) stated.

Why would they do that? The easy answer is the one we focused on in our previous coverage: Nepotism.

But according to our sources at the State House, it is actually much worse than that. In addition to the nepotism angle, we are told this is the latest in a long line of corrupt quid pro quos involving the SCLBC.

Specifically, multiple legislative sources have told us that Clyburn Pope – who filed to run for this judgeship at the very last minute – represents a “payback” appointment after state lawmakers rejected the bid of embattled S.C. circuit court judge Alison Lee for a spot on the state’s court of appeals back in February.

For those of you who don’t remember that fight, Lee’s nomination was shot down due to her involvement in an infamous murder case in Richland County, S.C.

In January of 2013, Lee consolidated bail for then-18-year-old Lorenzo Bernard Young, who was staring down charges of first degree burglary, possession of a weapon during violent crime, criminal conspiracy, three counts of armed robbery, kidnapping and assault and battery of a high and aggravated nature.

There was no way in hell he should have been allowed to walk the streets with these sorts of charges pending against him, but over the objections of prosecutors Lee allowed Young to go free.

Five days before Hunnewell was gunned down, Lee had been nominated by then-U.S. president Barack Obama for a federal district court judgeship.  In the aftermath of this incident, U.S. senators Lindsey Graham and Tim Scott both announced that they would not support Lee’s nomination – effectively killing it.

GOP lawmakers followed suit – but were pilloried for doing so by race-baiting state representative John King (above), who claimed that Lee was passed over for the appeals court position because she was black.

We address this nonsensical allegation in extensive detail – defending House Republicans for their decision to shoot down Lee’s nomination. We also slammed King and other opportunistic black leaders for unfairly playing the race card.

“For black leaders – who have habitually manipulated this system for years – to suddenly claim that the integrity of judicial selection process has been violated is downright laughable,” we noted.

Unfortunately, it appears as though the scuttling of Lee’s nomination – which GOP leaders had every right (and arguably a responsibility) to do – has come at a cost. Specifically, we are told it has led (or will lead) to the appointment of Clyburn Pope to the circuit court – even though she was deemed “unqualified.”

And even though two far more qualified candidates are seeking the judgeship.

According to our sources, black Democrats were told to nominate their candidate of choice to fill this seat in the aftermath of the Lee dust-up.

Basically, the deal went like this: If Democrats agreed to stop calling Republicans racist – and ended their “walkout” protest of the Lee vote – Republicans would agree to provide enough votes to nominate the Democrats’ chosen candidate for the second circuit race.

Yeah … and you wonder why unqualified judges wind up on the bench in South Carolina?

Lawmakers have demonstrated time and again they simply cannot be trusted to appoint qualified judges in a transparent and ethical manner … but the problem is they are never going to voluntarily surrender this power.