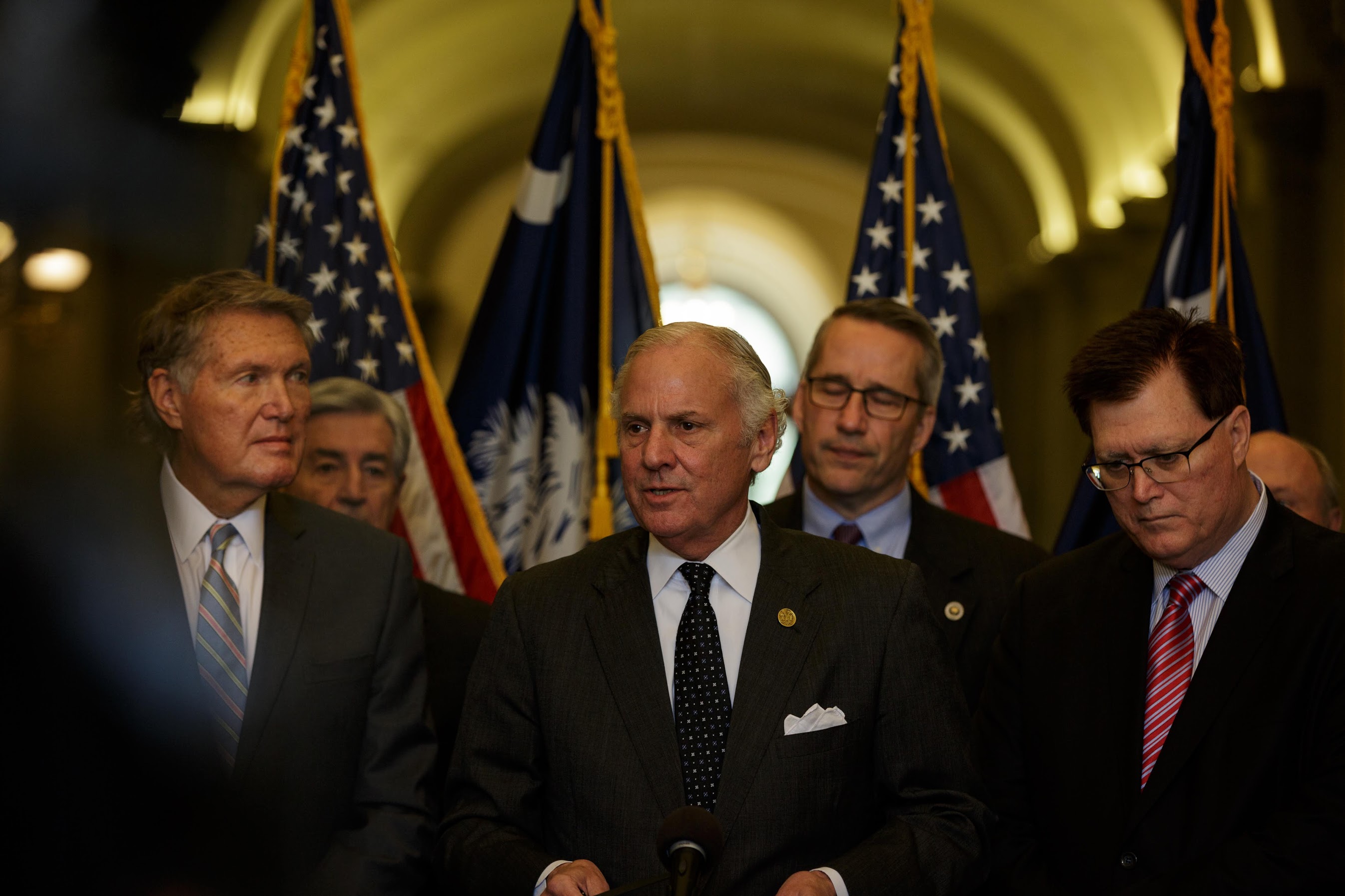 The amount is insignificant, but the appearance is unsightly …

South Carolina governor Henry McMaster – who is pushing state lawmakers to approve tens of millions of dollars in tax breaks for the billionaire owner of the National Football League (NFL)’s Carolina Panthers – is taking campaign cash from the owner in question.

According to campaign finance reports released this earlier this month, McMaster received a $1,000 check back in January from David Tepper – a 61-year-old Pittsburgh, Pennsylvania native who is one of America’s wealthiest hedge fund managers.

Not for free, though …

The owner, whose net worth is north of $11 billion, wants a host of taxpayer-funded goodies in exchange for making the move. And he appears to be in line to get them.

Over our objections, the S.C. House of Representatives approved a $123 million incentives package for Tepper and the Panthers last month – but the measure is being blocked in the S.C. Senate by Democrat Dick Harpootlian.

McMaster says the Panthers’ deal would create 5,715 new jobs in the Palmetto State and have an economic impact of more than $3.8 billion.

This week, though, Harpootlian released the results of an independent analysis conducted by a former official with the S.C. Department of Commerce – one who says the state’s estimates are “unfathomably high.”

According to the analyst – Rebecca Gunnlaugsson – the deal would only create around 208 new jobs, or approximately 5,500 fewer positions than McMaster is claiming.

Gunnlaugsson’s numbers validate what this news outlet has been saying all along, that politicians and “economic development” officials routinely inflate economic impact projections with pie-in-the-sky “multipliers” and other misleading claims.

Our view? No matter what the numbers are, this is a bad deal.

Why? Because it is an unfair deal.

In picking winners and losers in the economy (something government has no business doing with our money) there is always a loser … no matter how successful the project may wind up becoming.

More fundamentally, giving incentives to a billionaire that are not available to the rest of us is just wrong. And spending tens of millions of dollars on an interchange related to this project at a time when there are critical, unmet infrastructure needs all across the state is also just wrong.

Hopefully, Harpootlian will stick to his guns and continue opposing this particular form of corporate welfare. More importantly, we hope he will continue exposing the crony capitalists in state government who seek to artificially inflate the return on taxpayer investment associated with projects like this.

As for McMaster? He should know better than to take money in any denomination from a businessman whose interests he is advancing … although our guess is this $1,000 campaign contribution is the first of many “incentives” for politicians to approve this package.