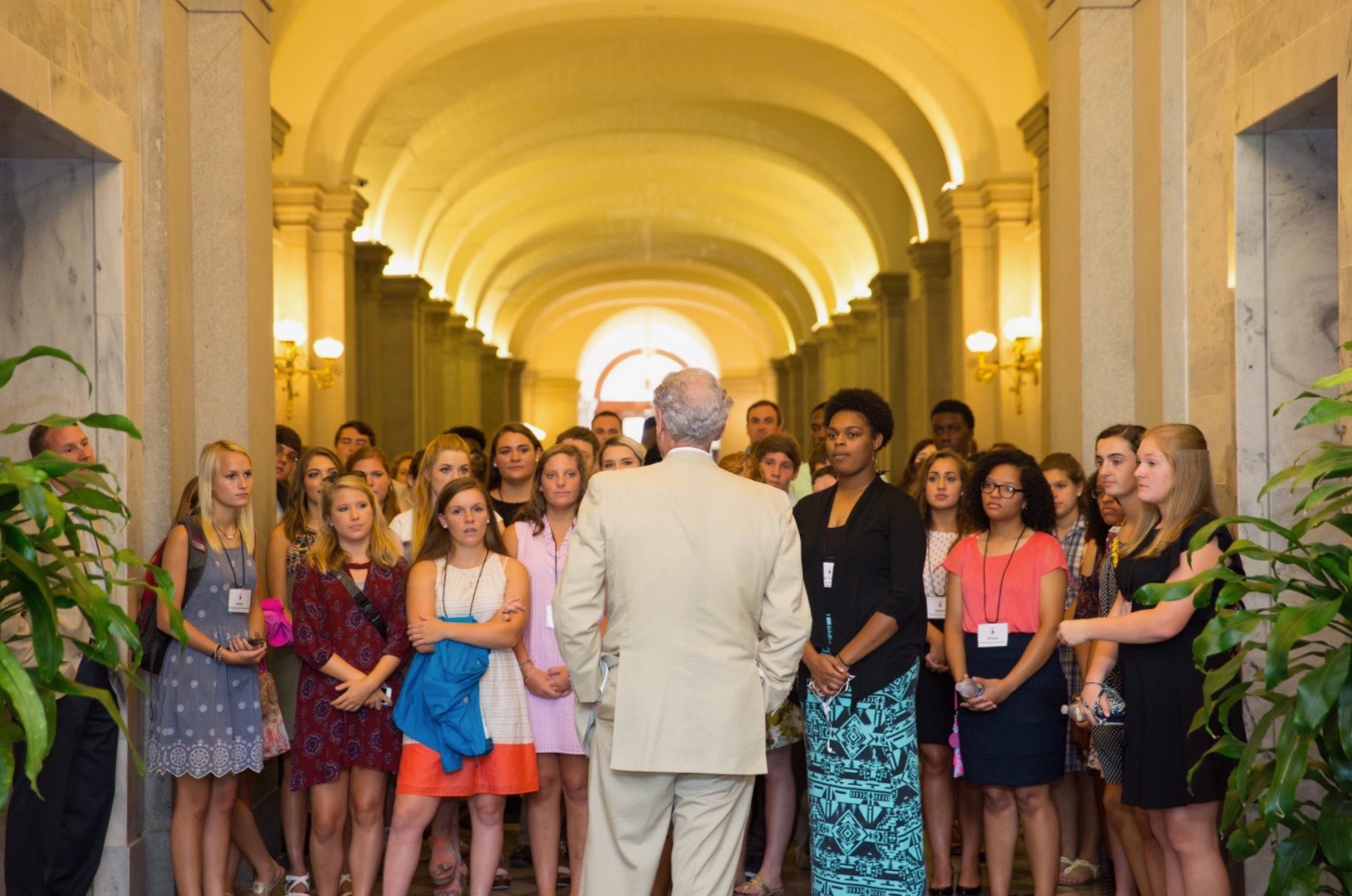 The first major scrape of the 2018 “Republican” gubernatorial campaign in South Carolina has been no ordinary tit-for-tat.  That may have been what the campaign of incumbent GOP governor Henry McMaster was expecting when it initiated the brouhaha earlier this month, but that’s not the way things went down.

What was supposed to have been a clean hit blunting the momentum of surging GOP challenger Catherine Templeton instead wound up getting turned around on the McMaster campaign – exposing its many ongoing entanglements within a well-connected web of insider interests and intrigue.

The dust-up also served to underscore the depths to which McMaster’s allies are willing to sink as the empire they’ve established on the backs of Palmetto State taxpayers is threatened – not just by Templeton, but by the long arm of the law.

To recap: Frightened by Templeton’s surprisingly strong fundraising prowess and her exceedingly well-received outsider message, McMaster’s campaign went on the offensive this month – pointing reporters to some government contracts the former director of the S.C. Department of Health and Environmental Control (SCDHEC) received upon leaving her post at the state’s largest agency back in 2015.

The objective of the leak?  To paint Templeton as an insider – and by extension, a hypocrite for promoting herself as an outsider on the campaign trail.

Did it work?  Ordinarily it might have … but not in this case.

Unfortunately for McMaster, the ensuing exchange wound up drawing attention to his own insider deals – which involved heftier sums, longer durations and shadier circumstances.  It also spawned political process stories describing how desperate it seemed for an incumbent governor with statewide name recognition and four decades of experience to be attacking his largely unknown rival (especially so early in this campaign … which is unlikely to hit its stride until next year).

Most damaging to McMaster, though, his campaign’s broadside invited a devastatingly delivered response from Templeton – one that underscored the extent to which the governor’s allies remain hopelessly ensnared by an ongoing criminal investigation into public corruption in state government.

Here’s the way it went down …

Days after Templeton’s campaign posted its second straight expectations-shattering fundraising haul, a decision was made by McMaster’s team to go after the political newcomer.  The focus of the first “hit?”  Templeton’s taxpayer-funded income.

Among the government “contracts” cited by McMaster’s campaign as evidence of Templeton’s “insider” status was her abbreviated tenure with the S.C. Ports Authority (SCPA).  As our longtime readers will recall, this wasn’t a contract, though – it was a full-time job.

Or at least it was supposed to be …

Templeton (below) left her senior management position with SCPA abruptly after a few short weeks (news that broke exclusively on this website).  Her departure was said to have been amicable, but as we noted at the time our sources indicated she had “uncovered some of the agency’s shady dealings – and decided she wasn’t comfortable participating in any ‘pay-to-play’ schemes.” 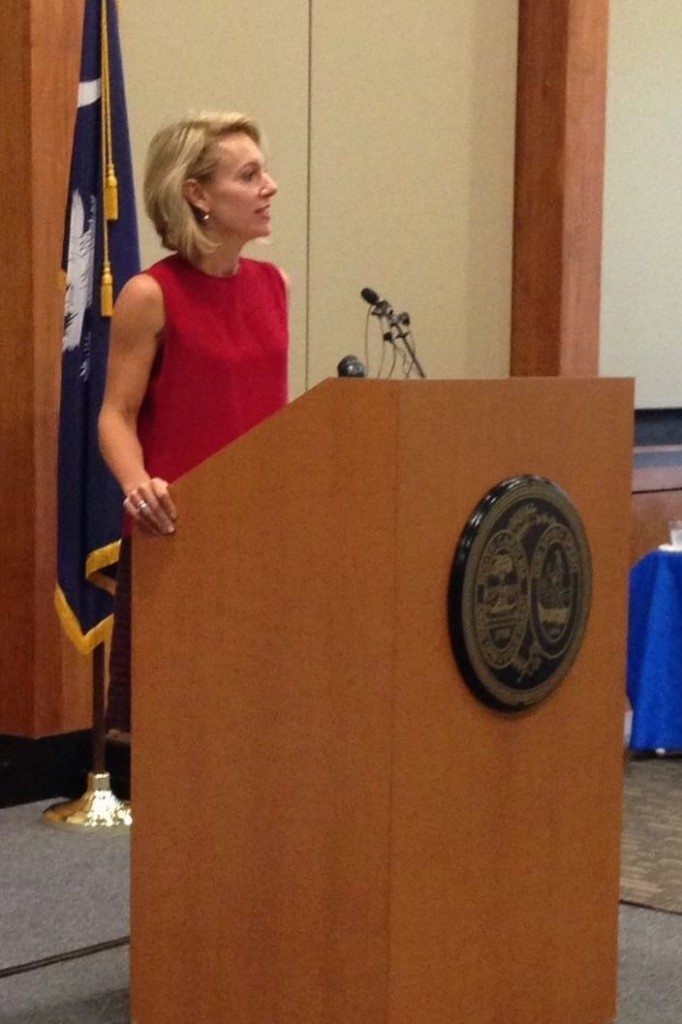 Among those schemes?  Multi-million dollar payouts to the embattled consulting firm of Richard Quinn and Associates – payments which were exclusively unearthed by this website back in November of 2015.

Those contracts – and others like them – are said to be part of the ongoing federal-state probe being led by S.C. first circuit solicitor David Pascoe.  Some of the questions being asked about these contracts reportedly involve McMaster, too – not in his capacity as governor, but as a former attorney general and ex-member of the SCPA board.

(We’ve touched on these allegations in some of our prior reporting, incidentally).

To be clear: McMaster has not been indicted.  But as the scandal has mushroomed, he has been forced to distance himself from his longtime political advisor, Richard Quinn.

Quinn hasn’t been indicted either, but his son – state representative Rick Quinn – has been hit with a pair of misconduct in office charges.  Specifically, the younger Quinn has been accused of failing to report more than $4.5 million worth of payments received from a host of special interests between January 1999 and April of this year.

Meanwhile the elder Quinn’s name appeared in a three-count indictment of sitting S.C. Senator John Courson, who is accused of illegally converting campaign cash to personal use as part of a kickback scheme involving the veteran “Republican” advisor.

Lots of people are in lots of trouble, in other words … which may be one reason why the “Quinndom” has been fighting so hard to kick Pascoe off of the case.

According to Templeton, she told federal investigators pursuing the allegations against Quinn that she was fired from her job at the behest of longtime SCPA board member Bill Stern.  The stated reason for her dismissal?  She turned over records of Quinn payments to the news media in accordance with the state’s Freedom of Information Act (FOIA).

A wealthy Columbia, S.C. businessman, Stern is a longtime ally of the Quinns.  In addition to his advocacy for their interests at the SCPA, he has been directly linked to the ongoing investigation given some of his business dealings with them.

Stern and Quinn have both denied Templeton’s allegation – and this week the SCPA fired off a two-page memo to all of its employees reaffirming those denials. 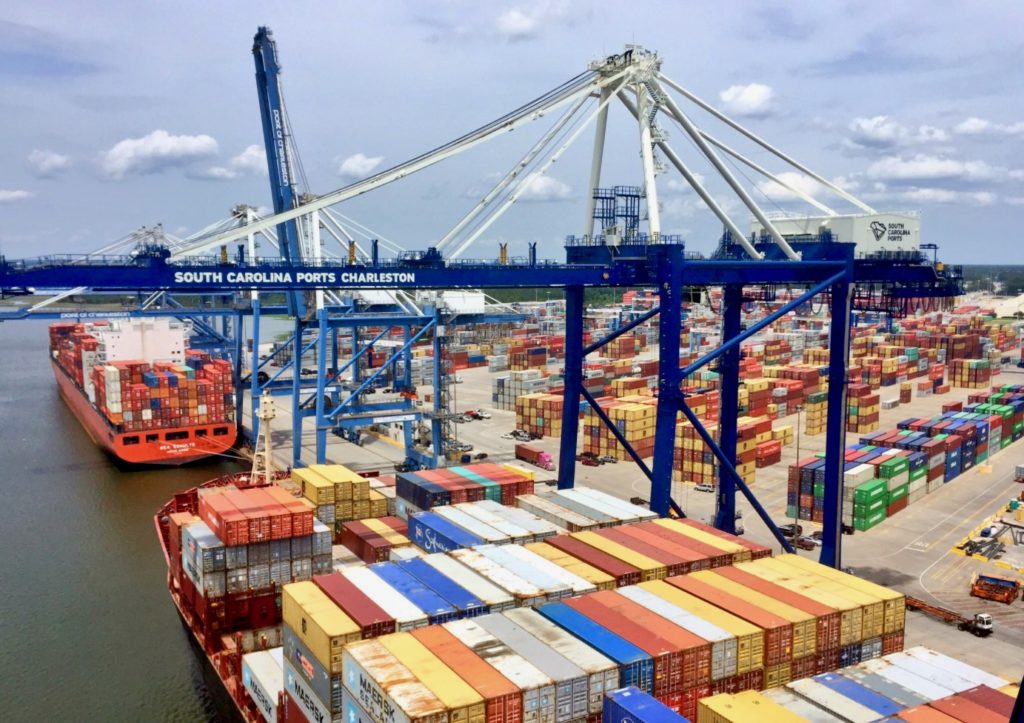 According to the memo – sent under the signature of SCPA chief executive officer Jim Newsome – the agency acknowledged (belatedly) that Templeton was indeed fired, but claimed it was not for the reasons she alleged.  In fact, it accused Templeton of making “a public campaign issue out of her separation.”

“(She) seeks to paint herself as a victim, but this could not be further from the truth and seems to be merely an election campaign ploy fraught with inaccuracies,” the memo stated.

The memo further dismissed Templeton’s claims against Stern as being “categorically false.”

“At the end of the day, the legitimate decision by a CEO of an organization that a senior executive was not a good fit for the organization after a brief period of time is now being parlayed into a political campaign stratagem where facts and truth have been the victim, rather than Ms. Templeton, for the purpose of boosting a gubernatorial campaign,” the memo concluded.

Newsome’s memo was sent to all SCPA employees shortly before 3:00 p.m. EDT on Wednesday July 26.  Seven hours earlier, though, it appears as though a draft of the document was provided to him and other port officials by attorney Randy Lowell of the Columbia, S.C.-based Willoughby and Hoefer law firm.

“Attached pleased find a memo to be circulated to the employees later today in response to the inaccuracies and misrepresentations made by Catherine Templeton in the newspaper as part of her campaign,” Lowell wrote in an email to port officials shortly before 8:00 a.m. EDT the same day. 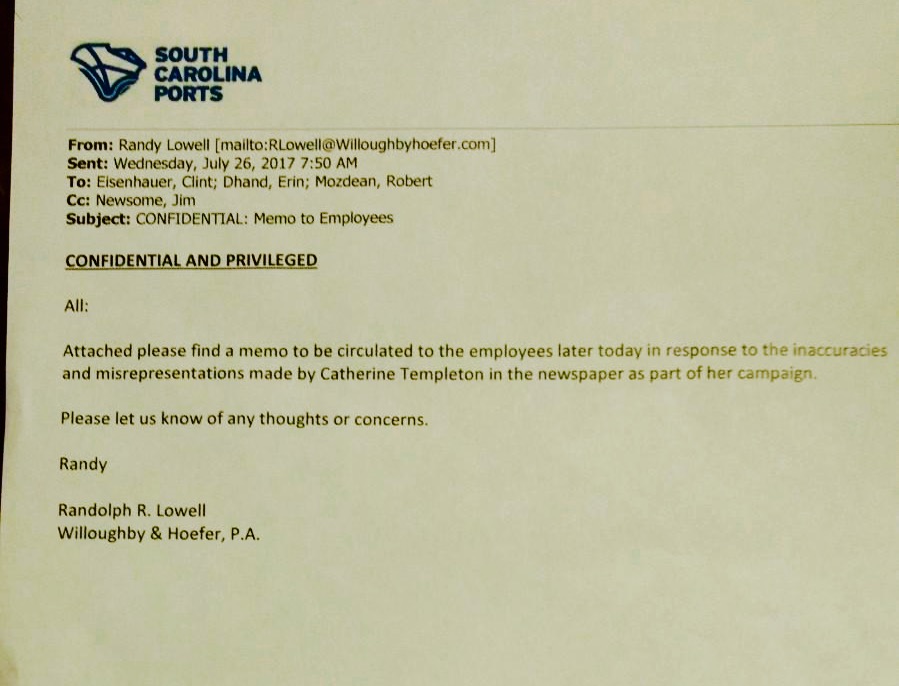 If the name of Lowell’s law firm sounds familiar, it should.

Willoughby and Hoefer is the former employer of embattled S.C. attorney general Alan Wilson – the Quinn lieutenant who torpedoed his promising political career last year in an unsuccessful attempt to shut down Pascoe’s ongoing investigation.

Not only that, the firm’s principal – Mitch Willoughby – is under fire for helping Wilson’s campaign secure a dubious loan in his capacity as chairman of First Community Bank.  The $250,000 loan was secured just days before a key “Republican” primary filing deadline – dramatically inflating Wilson’s campaign war chest.

As we noted at the time, using loans to inflate one’s campaign finance totals is not illegal.  Political candidates take out loans for their campaigns all the time.  But to do so, they must first put up collateral … and Wilson’s method of obtaining this particular loan is reportedly among the many transactions drawing attention from Pascoe and federal investigators.

While unanswered questions remain as to how Wilson got this loan, there’s no question his 2010 victory benefited his former employer.  Since Wilson has been attorney general, Willoughby and Hoefer has raked in nearly $1.2 million from various cases in which it represented the attorney general’s office.

Of course it turns out that’s a small payday compared to the firm’s haul from the SCPA.

All told, the port shelled out $12.1 million on attorney fees during this five-year period – forty percent of which went to Willoughby and Hoefer. 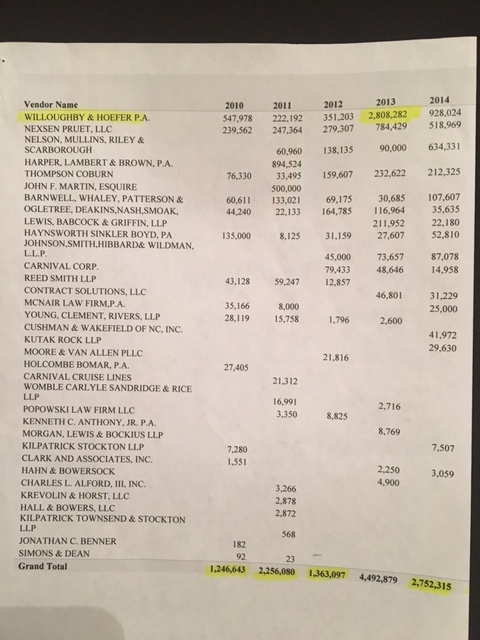 In addition to providing ammunition for the port to use in its war with Templeton, Willoughby and Hoefer attorneys have a long history of allegiance to Quinn’s embattled political empire.

Lowell – the attorney who drafted the anti-Templeton memo – has previously served as vice president of the so-called “Conservative Leadership Project,” a shady Quinn front group this website first exposed back in September of last year.  This April, the organization was singled out by The (Charleston, S.C.) Post and Courier for its operational opaqueness – and its proximity to the ongoing investigation.

According to reporters Glenn Smith and Andy Shain, the organization’s proximity to Quinn “raises questions about whether Quinn or his Columbia-area firm, which has been the subject of increasing scrutiny by investigators involved in the Statehouse corruption probe, have directly or indirectly profited from his ties to the nonprofit. It also opens a window into the often murky world of political operatives, where money and allegiances often overlap in not-so-obvious ways.”

These connections – like the ones so often flaunted by McMaster – are literally staring us in the face.  In addition to all the linkages listed above, Willoughby and Hoefer also employs Benjamin Mustain – Richard Quinn’s son-in-law – as one of its attorneys.

Sources close to McMaster’s campaign tell us additional “hits” are coming against Templeton in the months ahead, although they declined to discuss details of those looming broadsides except to say that they would “finish” her candidacy.

Our advice to McMaster?  Focus on his own campaign – and administration. Begin taking long-overdue executive actions (ahem, ahem) as governor and start outlining a coherent agenda to move the Palmetto State forward as a candidate.  Obviously he’s well within his right to level criticisms against any of his opponents – Templeton isn’t the only GOP candidate challenging him next spring – but at this point he should know that throwing punches in her direction is an invitation to dance he may not be interested in accepting.

This girl hits back … hard.