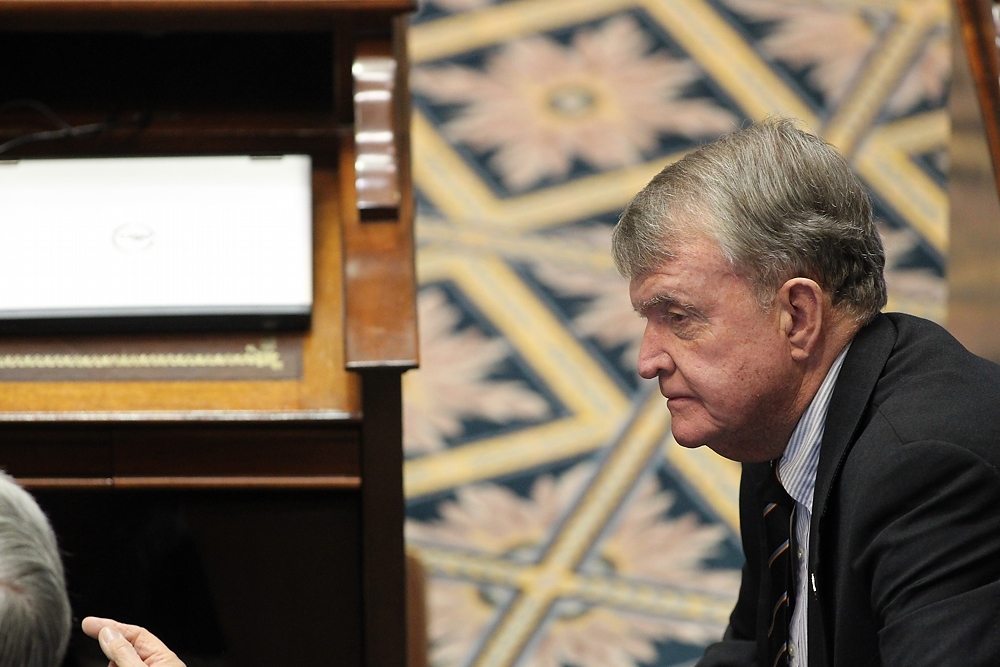 The ongoing federal-state investigation into criminal corruption in South Carolina state government has overcome quite a bit since we first reported on its existence way back in September of 2014.

Its lead prosecutor – S.C. first circuit solicitor David Pascoe – has survived not one but two attempts to toss him from the case.  Meanwhile the investigation has managed to endure despite near-constant obstruction from S.C. attorney general Alan Wilson, who also happens to be one of its rumored high-value targets.

Multiple indictments have already been issued in connection with this ongoing investigation … and more are expected.  Also, it’s already ensnared former S.C. Speaker of the House Bobby Harrell – who was compelled to resign his influential perch after pleading guilty to six ethics charges back in October of 2014.

So far, every attempt to block this long-overdue (partial) cleansing of corruption has come to naught.

But is the investigation’s luck about to run out?

According to columnist Cindi Ross Scoppe of The (Columbia, S.C.) State newspaper, “maybe.”

Once a devotee of the embattled political consulting firm of Richard Quinn and Associates – the “Republican” empire which finds itself at the heart of the ongoing investigation – Scoppe has changed her tune in recent months and written far more harshly of her one-time compatriots.

This week she’s reverted to form … although in this case she may have a point.

Courson has yet to explain the damning evidence against him, but his lawyer has advanced a novel theory that could not only get him off the hook … but could conceivably bring the entire investigation down.

Parham’s argument, as paraphrased by Scoppe, holds that “the common-law crime of misconduct was effectively repealed in 1829.”  That’s when state lawmakers created a separate statutory misconduct charge which “is essentially the same crime but carries a penalty of no more than one year in prison – not enough to trigger the suspension of legislators.”

We honestly don’t know … nor does Scoppe.

The S.C. Supreme Court has expressly defined common-law misconduct in office – and has upheld multiple convictions based on the definition of the charge it established.

“It’s hard to imagine the Supreme Court nullifying a law that it birthed,” Scoppe noted. “But if the court does agree with her and this whole investigation evaporates, don’t say no one warned you.”

That’s a truly frightening thought for those of us who care about restoring some semblance of integrity to state government – to say nothing of public faith in the decisions it reaches.

As we’ve stated often, decades of Democratic rule – and a decade-and-a-half of “Republican” rule – have advanced identical visions for the governance of the Palmetto State.  Unfortunately, this vision involves the perpetuation of antiquated structures and approaches – producing chronically substandard results.

Despite ever-escalating levels of taxing, borrowing and spending, our state’s outcomes have remained positively abysmal through the years – economically, fiscally, educationally and with regards to infrastructure, public safety and other core functions of government.

And they will stay abysmal until there is real reform – and until those who game the system for their own benefit are held accountable.

Mark Sanford Thinks Other People’s Drama Is Too Much?