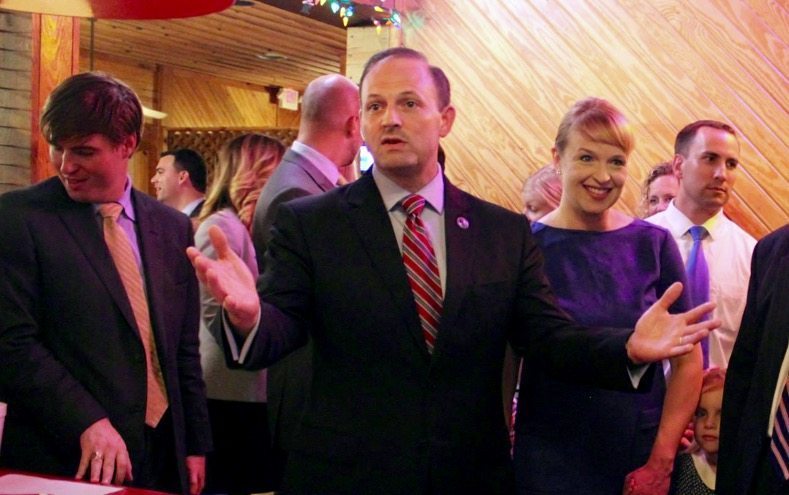 SOUTH CAROLINA’S ATTORNEY GENERAL FELL ON THE SWORD … BUT FOR WHAT?

The battle between S.C. attorney general Alan Wilson and the solicitor he appointed to handle an ongoing investigation of public corruption at the S.C. State House is done.

Stick a fork in it.

Sure the legal wrangling has yet to play out, but the bigger battle between Wilson and S.C. first solicitor David Pascoe is “all over but the crying,” as the expression goes.

Not only did Wilson lose … he lost in potentially career-ending fashion.  And that was before it was revealed that his office clumsily attempted to politicize the probe … or that several of his political intimates were reportedly at the heart of the investigation (which Wilson previously recused himself from due to undisclosed conflicts of interest).

It’s hard to imagine a politician (or prosecutor) handling a situation any worse than Wilson handled this one … which has opened the door to all sorts of questions regarding his motivation (to say nothing of his sanity).

So … what exactly prompted Wilson to “un-recuse” himself from this case?  And why did he handle his “un-recusal” so unprofessionally?

Conventional wisdom surrounding the case holds that Wilson’s political allies are in real trouble … that they were in fact on the verge of being indicted before Wilson stepped in and made a mess of the investigation (perhaps deliberately).  In fact sources familiar with the still-secret portions of a December 2013 S.C. State Law Enforcement Division (SLED) investigative report say “indictable offenses” are indeed contained within its blacked-out pages.

But was the redacted portion of this report really serious enough to warrant Wilson’s full-fledged freakout?

No … at least not according to our sources.

According to multiple individuals familiar with the ongoing investigation, the blacked-out section of the report focuses exclusively on financial interactions between the S.C. House “Republican” caucus and a political action committee affiliated with former S.C. Speaker of the House Bobby Harrell.

Harrell was indicted in October of 2014 on ethics charges.  He later pleaded guilty to six violations and resigned his office – agreeing to serve as a witness for the government.

According to our sources, the case against Harrell is what led investigators to start digging on Wilson allies Jimmy Merrill and Rick Quinn – both of whom served as majority leaders in the S.C. House of Representatives.

“The redacted sections of the report detail specifically how money was routed from (Harrell)’s political action committee to the House Republican Caucus,” one of our sources said, referring us to an outline of the document.  “It further explores how this money flowed through the businesses of former majority leaders Rick Quinn and Jimmy Merrill – and also into the campaigns of various members and candidates during the 2008 and 2010 election cycles.”

Reporter John Monk of The (Columbia, S.C.) State newspaper was the first person to reveal Merrill’s name in connection with the report – which he did last September.   Last weekend, this website was the first to report on Quinn’s alleged connection to the probe – and earlier this week we were the first to list the current and former lawmakers allegedly implicated in the scam.

Surely there is more to the redacted report than that?

Every single one of our sources who has viewed the blacked-out sections of the document has confirmed the substance – and more importantly the extent – of the alleged violations.

“There is nothing else in there,” one investigator close to the probe told us. “Anyone telling you otherwise is lying.”

Don’t get us wrong: These are serious allegations.  But do they really warrant the sort of thermonuclear reaction we’ve seen from Wilson over the last few weeks?

Seriously … were they worth him destroying his career over?

Of course it’s important to remember the SLED report merely represents a snapshot of the investigation – one that’s now nearly two-and-a-half years old.  Pascoe may have uncovered additional information in subsequent investigations.  Federal investigators are also probing alongside SLED agents – and sources tell us they’ve made various discoveries of their own.

Our network of sources has provided us with a wealth of information over the last few days on the status of this ongoing investigation – which was exclusively uncovered by this website back in September 2014.

Stay tuned for much more in the days to come …