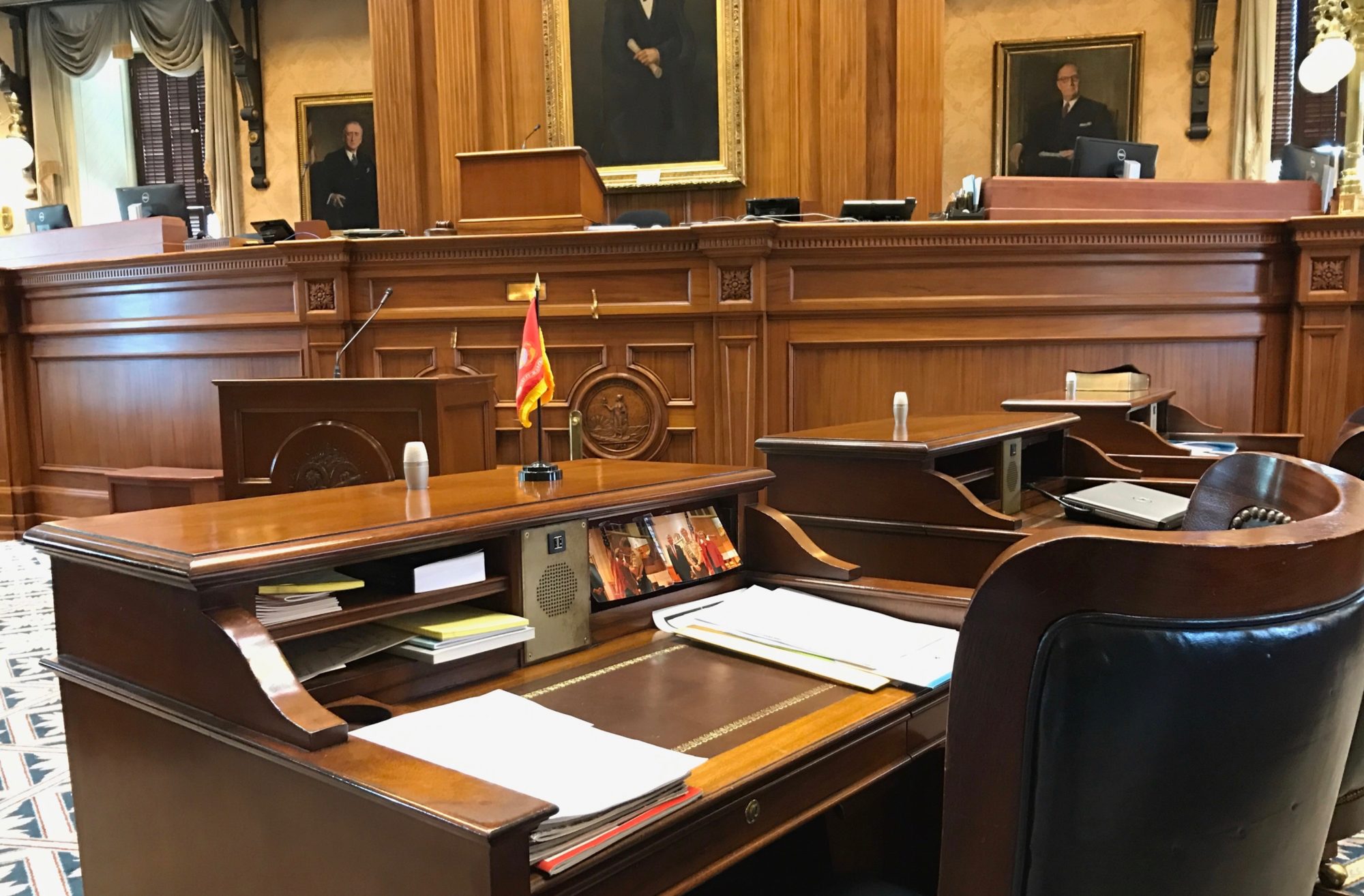 S.C. Senator John Courson has been suspended from office pending the outcome of multiple criminal charges filed against him on Friday, sources familiar with the situation tell FITSNews.

That means his Senate desk (above) could remain vacant for several months – assuming he makes good on his word to fight the charges against him.

A letter suspending Courson was filed with the clerk of the State Senate early Friday afternoon.  Letters aside, Courson’s suspension was automatic because he has been charged with a felony (two, actually) – carrying a possible jail term of more than ten years.

According to a trio of indictments unsealed on Friday, the 72-year-old lawmaker is accused of routing nearly a quarter of a million dollars through his campaign account to a company run by his political consultant, neo-Confederate “Republican” Richard Quinn.  Roughly half of that money was then allegedly funneled back to Courson via “multiple transactions” totaling more than $130,000.

Courson has been charged with one ethics violation and a pair of misconduct in office charges in connection with the alleged scam – which is said to have transpired between 2006 and 2012. 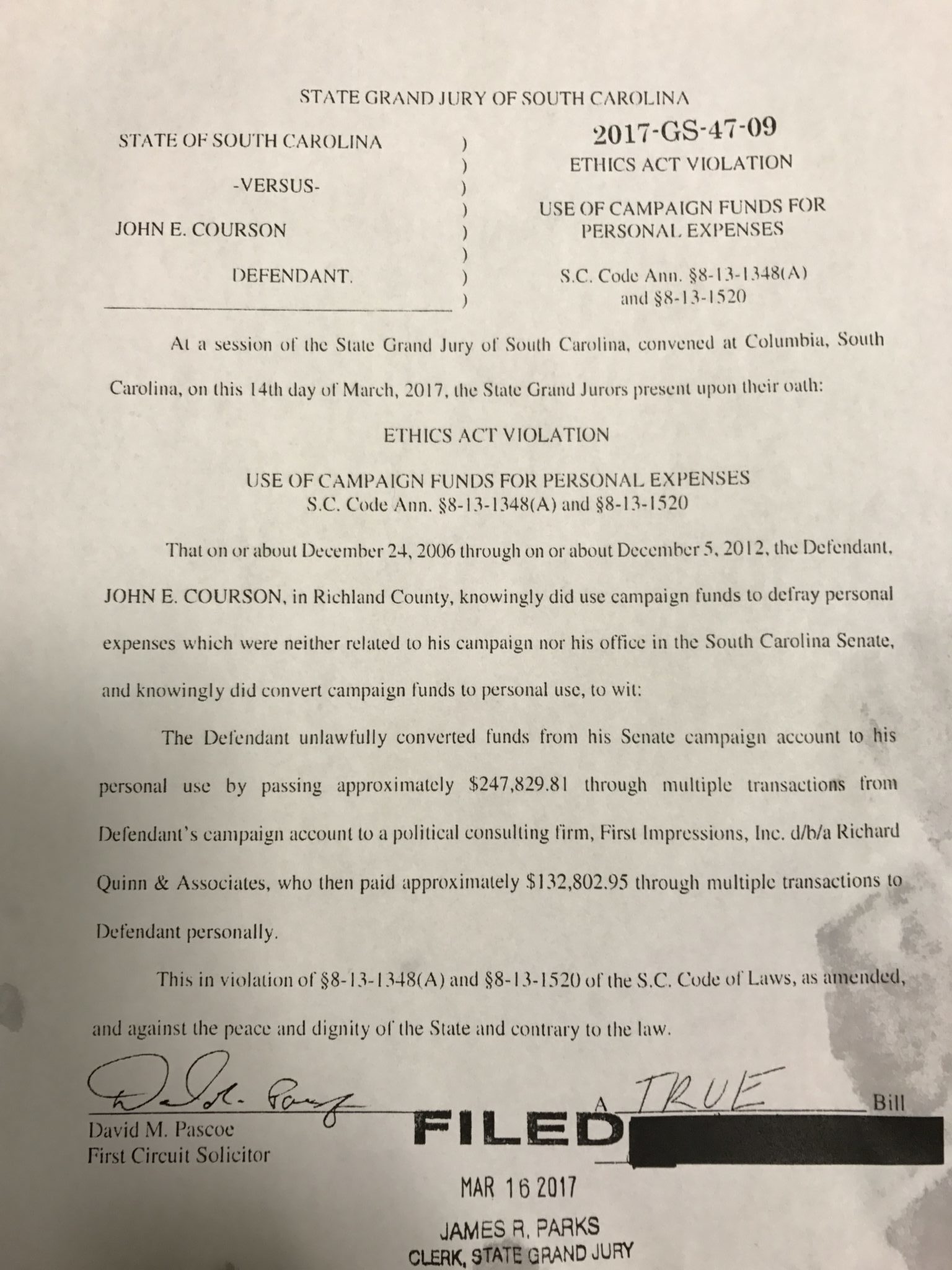 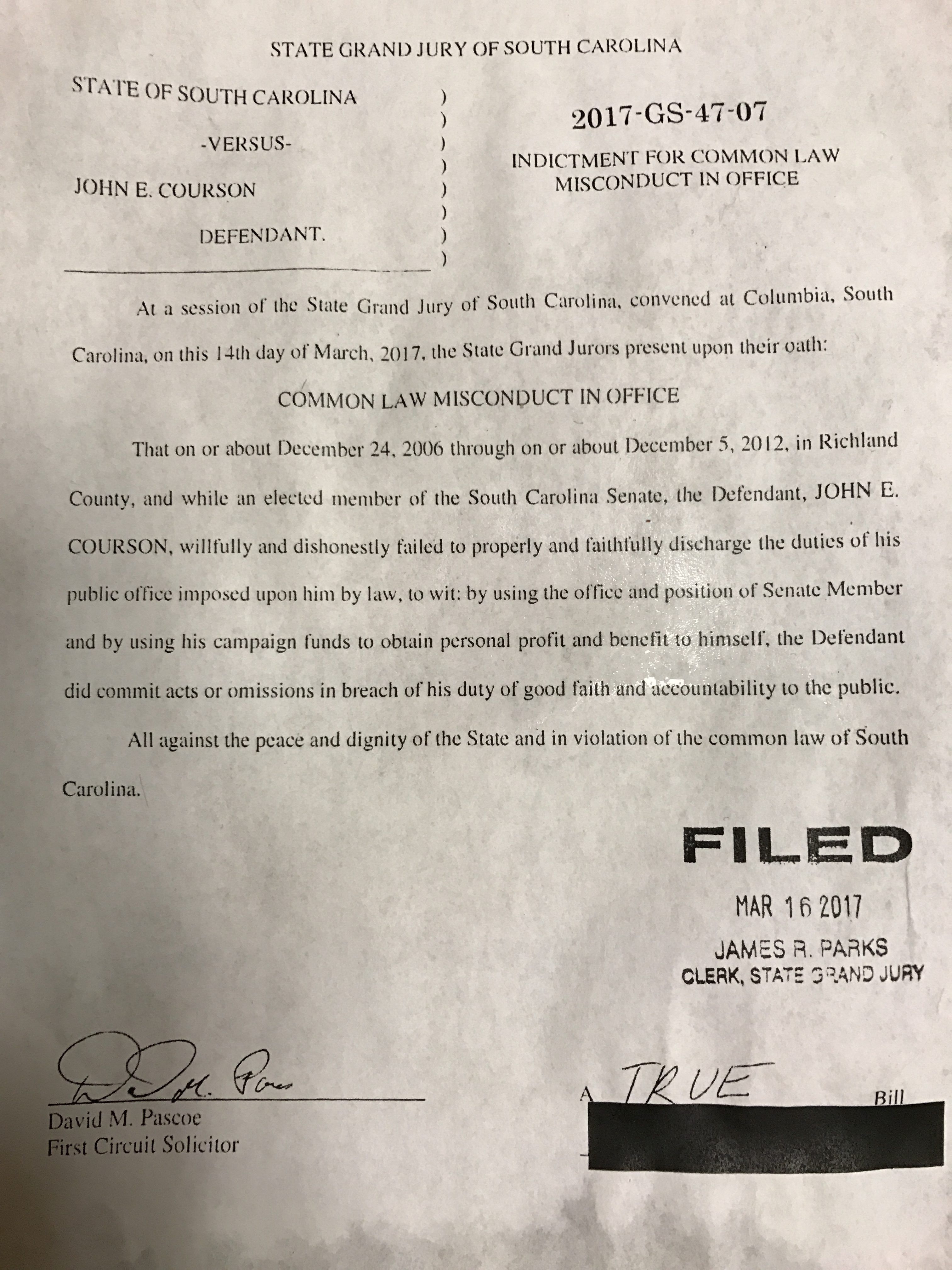 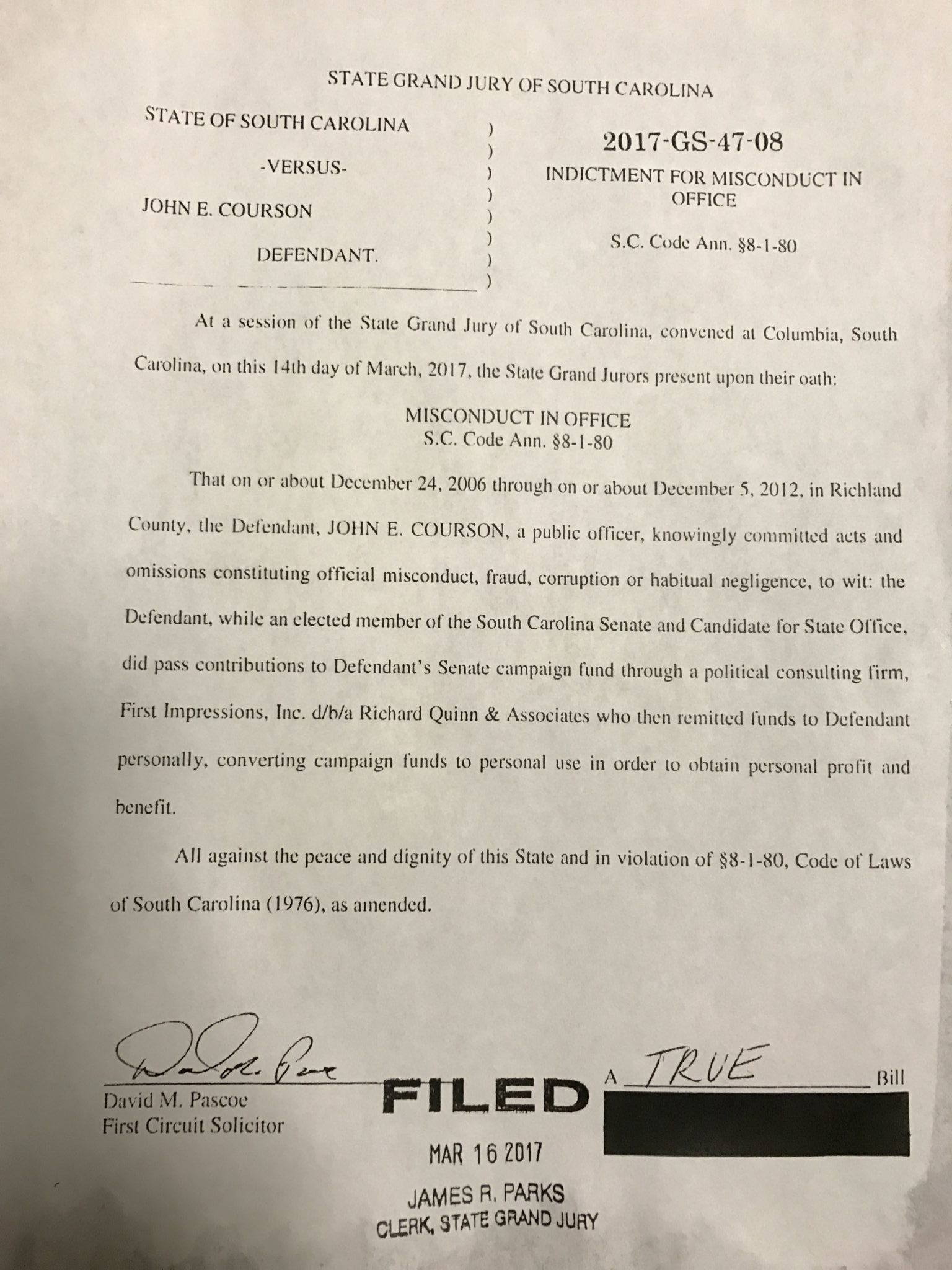 Of interest?  Several of the alleged kickbacks to Courson came during the time he was starring in some shady political ads produced on behalf of U.S. Senator Lindsey Graham, who at the time was the lone Republican in Washington, D.C. supporting former president Barack Obama’s carbon tax hike.

Like Courson, Graham is another client of “The Quinndom,” the consulting empire that appears to be the focus of the ongoing investigation – which was first exposed by this website way back in September 2014.

As this website exclusively reported last spring, both Richard Quinn and his son – S.C. Rep. Rick Quinn – were named in the still-secret pages of a December 2013 investigative report prepared by the S.C. State Law Enforcement Division (SLED).  That document formed the basis for the current investigation, which seeks to determine whether state lawmakers have been abusing their positions of public trust for personal gain.

According to sources familiar with the report, the Quinns were mentioned by S.C. Rep. Jimmy Merrill – who was suspended from office earlier this year after getting slapped with a thirty-count indictment that could land him in jail for more than six decades.

Merrill has yet to negotiate a plea deal with prosecutors – and could be facing additional charges in connection with the investigation, which is being led by S.C. first circuit solicitor David Pascoe.

Previously, Pascoe’s probe brought down powerful former S.C. Speaker of the House Bobby Harrell.  After pleading guilty to six ethics violations in October 2014, Harrell resigned his office, received three years of probation and agreed to cooperate with prosecutors – which he has done.

He has been an ally of Quinn’s consulting empire for decades.