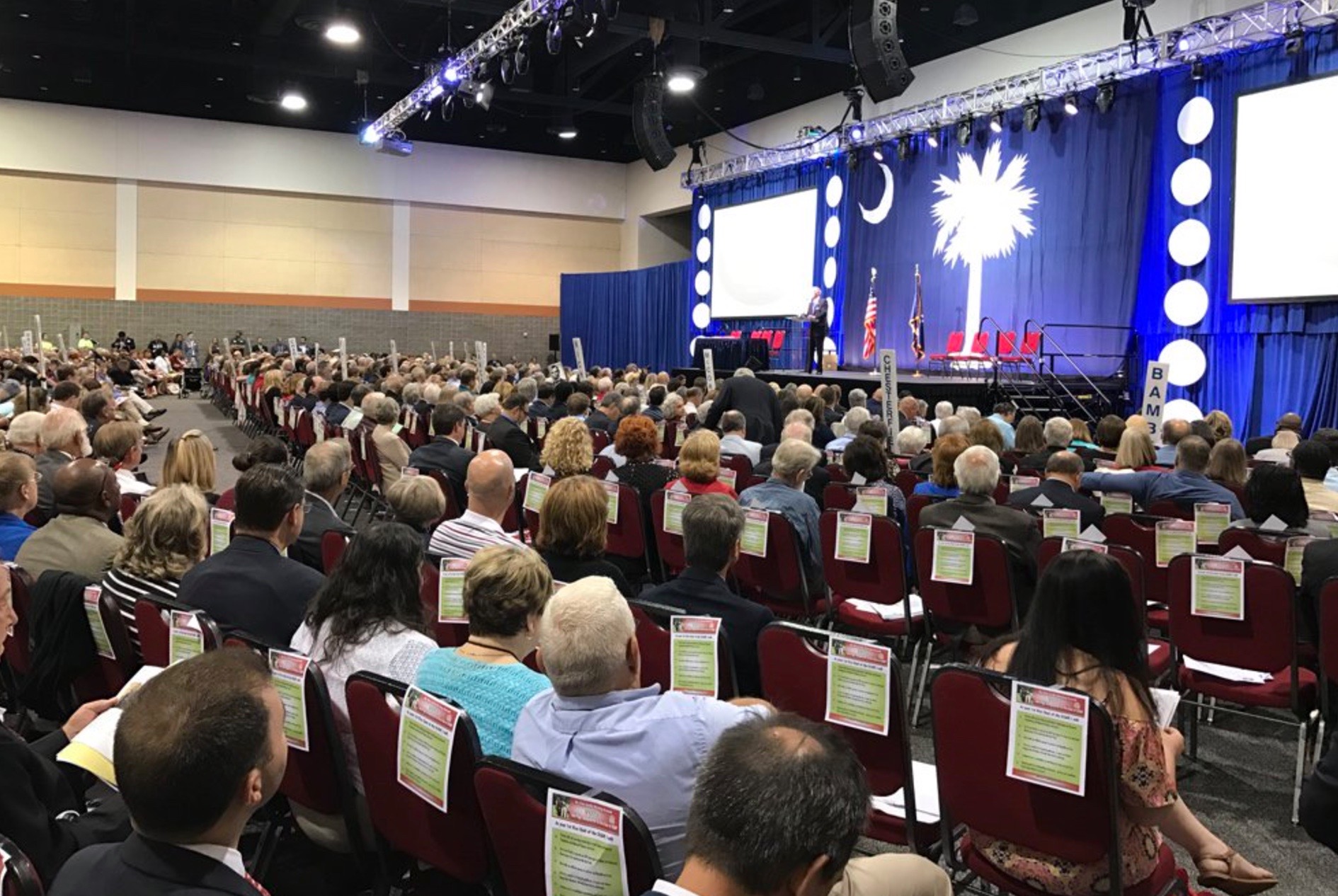 South Carolina governor Henry McMaster and his staffers are fuming over a decision by state “Republican” party officials to let one of McMaster’s 2018 GOP rivals take the stage at this weekend’s SCGOP convention in Columbia, S.C.

Two of them actually wound up taking the stage, but only one of them got McMaster’s staff hopping mad.

According to our sources, McMaster chief-of-staff Trey Walker was visibly “red-faced” over the party’s decision to allow gubernatorial candidate Catherine Templeton an opportunity to address the convention’s estimated 1,000 attendees.

Apparently Walker – and others – were under the impression Templeton was not going to be allowed to address the assembled delegates.

Got some conflicting information. Templeton will not be speaking.

According to multiple party sources, a “furious” Walker was storming around the convention hall “looking for SCGOP staff” as Templeton began her remarks – which were laced with populist references to draining the Columbia, S.C. swamp of corruption.

Such comments were a clear shot across McMaster’s bow – especially seeing as they came less than 24 hours after the governor reversed his prior position and decided to sever ties (albeit belatedly) with embattled neo-Confederate consultant Richard Quinn.

Quinn’s firm is at the heart of an ongoing criminal investigation into corruption at the S.C. State House – a subject Templeton drew a bead on in her remarks.

Effectively, it would appear …

“She rocked it,” one GOP activist told us, referring to Templeton’s five-minute speech.

Templeton wasn’t the only McMaster challenger to be granted a forum at the state convention.  Former S.C. lieutenant governor Yancey McGill – who announced his intention to challenge McMaster a year ago – also addressed the crowd of SCGOP delegates.

But it was the appearance of Templeton – who had a killer initial fundraising quarter – that drew the biggest response (from both the crowd and from McMaster).

GOP primary voters will choose their nominees for governor and a host of other statewide offices next June.  Given that the “Republican” party currently occupies all nine statewide constitutional offices, GOP primary winners will enter the November 2018 general election as heavy favorites to win office.

McMaster, Templeton and McGill are the only announced candidates for governor, however we’re told others are mulling whether to jump into the race.

Stay tuned … based on these convention reports it’s clear the 2018 race is already beginning to heat up.