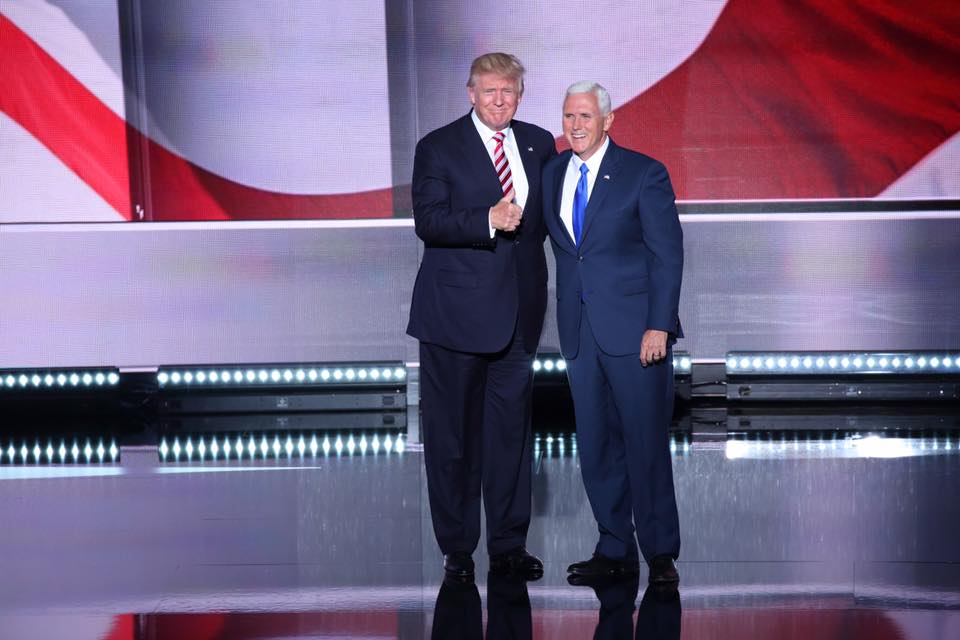 “GENEROSITY AND WARMTH” VERSUS “LAW AND ORDER”

Billionaire businessman Donald Trump accepted the “Republican” nomination for president on Thursday, vowing to put America first and speak up for those who have been silenced by the two-party status quo in Washington, D.C.

“I am your voice,” Trump told the packed hall of GOP faithful at Quicken Loans Arena in Cleveland, Ohio.  “I have joined the political arena so that the powerful can no longer beat up on people who cannot defend themselves.”

Trump’s lengthy address – which ran on for more than an hour – received terrible reviews from the mainstream media.  Even its reserved, mostly somber tone was criticized as being part of some insidious deception.

“By softening his strident rhetoric, by (selectively) citing statistics, by couching cruel policies in the language of compassion, Trump managed to make an extreme agenda sound not only plausible but necessary,” the editorial board of The Los Angeles Times noted.

Jon Schwartz at The Intercept claimed that Trump’s speech would “probably go down as one of the most frightening pieces of political rhetoric in U.S. history.”

Meanwhile Andrew Prokop of Vice referred to Trump’s address as “more than an hour of unremitting darkness,” as well as “a con job: a fraudulent, desperate attempt by a losing candidate to snooker the American public into electing him.”

That Trump played to fear is obvious.  Also let’s be honest: He stumbled badly in suggesting that violence was on the rise in the United States – when the data conclusively proves that a surge in gun ownership has actually made this country safer than it’s ever been before. 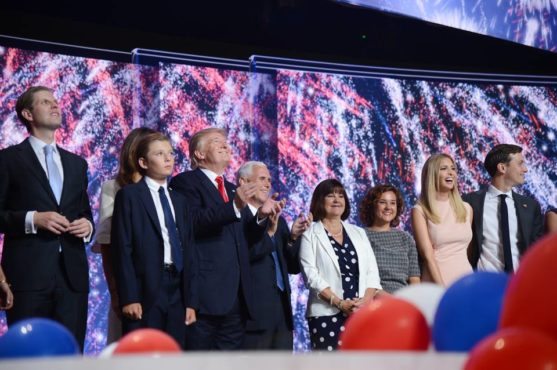 In our opinion, Trump’s misstep was a major missed opportunity to tout the sanctity of the Second Amendment – an issue he has been strong on since the very beginning of his candidacy.

Of course the high-profile violence American has seen this summer has made many people afraid – and rightfully so.  Also the broader economic malaise still hanging over the nation seven years after its recession officially “ended” only compounds the concern.

In reflexively branding Trump’s speech as hateful, though, the far left neglected to point out its many inclusive elements – including an appeal to lesbian, gay, bisexual, transgender and “questioning” Americans.

“Only weeks ago, in Orlando, Fla., forty-nine wonderful Americans were savagely murdered by an Islamic terrorist. This time, the terrorist targeted our LGBTQ community,” Trump said.  “As your president, I will do everything in my power to protect our LGBTQ citizens from the violence and oppression of a hateful foreign ideology.”

Trump’s statement – the first time a GOP nominee had ever addressed the LGBTQ community – was greeted by applause from the audience.

“As a Republican, I’m so happy to hear you cheering for what I just said,” Trump responded, deviating from his prepared remarks.

Therein lies Trump’s challenge – which we believe can be summed up by one of the first lines he delivered from the podium on Thursday evening.

See the dichotomy?  On the one hand, an open hand … on the other, a clenched fist.  Hope versus fear.  Openness versus consequences.  Opportunity versus fairness.

Of course after eight years of “compassionate conservatism” followed by eight years of “hope and change,” is there not an argument to be made that America is overdue for a little “tough love?”

Trump’s meteoric rise to the “Republican” nomination has been a case study in the administration of this “tough love.”  And it worked.  The GOP’s goal for 2016 was to nominate another politically-correct fiscal liberal – a soft-spoken, made-for-primetime tool capable of regurgitating focus-group tested platitudes on cue while vowing to continue the free flow of goodies from our increasingly bankrupt Treasury.

Trump blew that model up.

Now, the insiders who have been pushing the GOP further and further to the left all these years took to social media to declare the death of “their” party.

“The party I was part of is dead,” tweeted Meghan McCain, daughter of 2008 “Republican” nominee John McCain.

This website endorsed Trump prior to the first votes of the 2016 primary being cast.  Of course we have had bones to pick with him along the way, too.

Of course Trump isn’t really the issue, is he?

“Whatever one thinks of Trump, it is important to remember that he is not so much the creator of a movement as he is the product of that movement,” we noted earlier this week.  “And whatever one thinks of this movement, make no mistake: It is growing … empowered by the increasingly transparent corruption of the political elite and the increasingly costly economic malaise their self-serving rule has created.”

Trump’s challenge?  To add new strains to the populism currently coursing across the American landscape – showcasing its potential to improve the lot of all people in this country.

A good issue to use as a starting point?  Trade.

Trump has been an aggressive opponent of rigged global economic agreements like “Obamatrade.”   So has Bernie Sanders.

If Trump is able to expand his populist appeal across the current spectrum of perceived ideologies, there is a very good change he could win in November and actually succeed in his bid to #MakeAmericaGreatAgain.

We hope that happens because we shudder to think of the alternative.