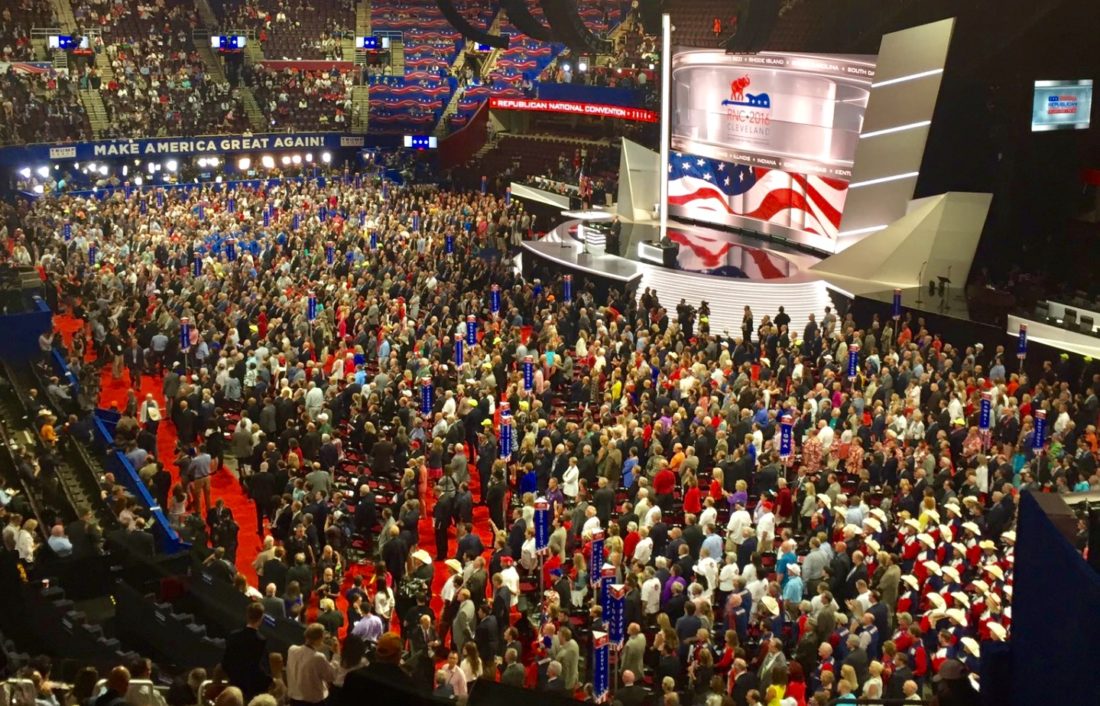 A last-ditch effort by establishment “Republicans” to deny the GOP presidential nomination to Donald Trump was shot down on the opening day of the party’s 2016 national convention.

The #NeverTrump campaign – which sought to wrestle away control of GOP delegates awarded based on the outcome of primary and caucus elections – was defeated in its effort to force a roll call vote on the convention’s rules.

“Stick a fork in #NeverTrump,” one of Trump’s supporters tweeted.  “They are done.”

Had the anti-Trump delegates been successful, they could have conceivably held up the convention on various procedural maneuvers while working to “unbind” delegates won by Trump over the past seven months.

GOP officials were having none of that …

Of course #NeverTrump leaders refused to accept those results – and openly sought to replace Trump as the nominee based on their belief that “the will of the people is crap.”

An assemblage of insiders and paid politicos, the anti-Trump effort was supposed to constitute a real thorn in the brash billionaire’s side.  Unfortunately for the GOP establishment – which did everything within its power to derail Trump’s populist insurgency – #NeverTrump has been little more than a rounding error.

#SpeechGate: Who Set Up Melania Trump?