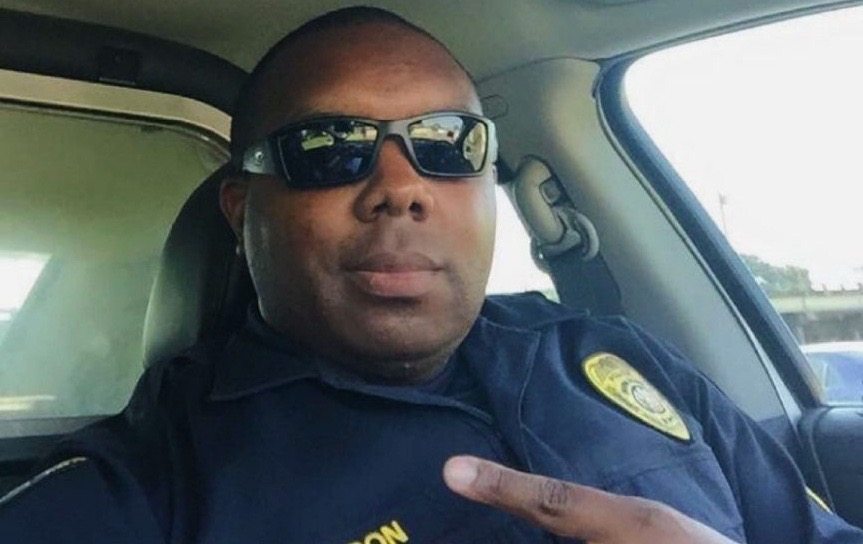 Things hadn’t been going all that well for Montrell Jackson lately.  As a black police officer in Baton Rogue, Louisiana, the 32-year-old was struggling to deal with the rising racial tensions infecting the city where he served.

“I swear to God I love this city but I wonder if this city loves me,” he wrote last week on his Facebook page. “In uniform I get nasty hateful looks and out of uniform some consider me a threat.”

According to Jackson, the situation left him “tired physically and emotionally.”

“These are trying times,” he added.  “Please don’t let hate infect your heart. This city MUST and WILL get better.”

It didn’t get better, though …

Just days after his social media post, Jackson was one of three cops murdered during a premeditated ambush of police officers – one orchestrated by a black nationalist terrorist.

Jackson is survived by his wife and their young son.  He’s also survived by his elder sister – who had some words worth heeding in an interview with The Washington Post.

“It’s coming to the point where no lives matter – whether you’re black or white or Hispanic or whatever,” Joycelyn Jackson said.

Our guess is Jackson and her grieving family will take little comfort from U.S. president Barack Obama’s hypocritical response to the death of her brother and his fellow officers.  Nor are they – or the grieving families of other dead cops – likely to find any solace from Obama’s suggestion following another premeditated, racially-motivated massacre of police officers in Dallas, Texas by another black nationalist.

“If police organizations and departments acknowledge that there’s a problem and there’s an issue, then that, too, is going to contribute to real solutions,” Obama said.  “That is what’s going to ultimately help make the job of being a cop a lot safer. It is in the interest of police officers that their communities trust them and that the kind of rancor and suspicion that exists right now is alleviated.”

We’ve written previously on how Obama’s administration has been a disaster for black Americans – but that’s not stopping him from jumping on board #BlackLivesMatter movement.

Unless, of course, one of those black lives was a cop …