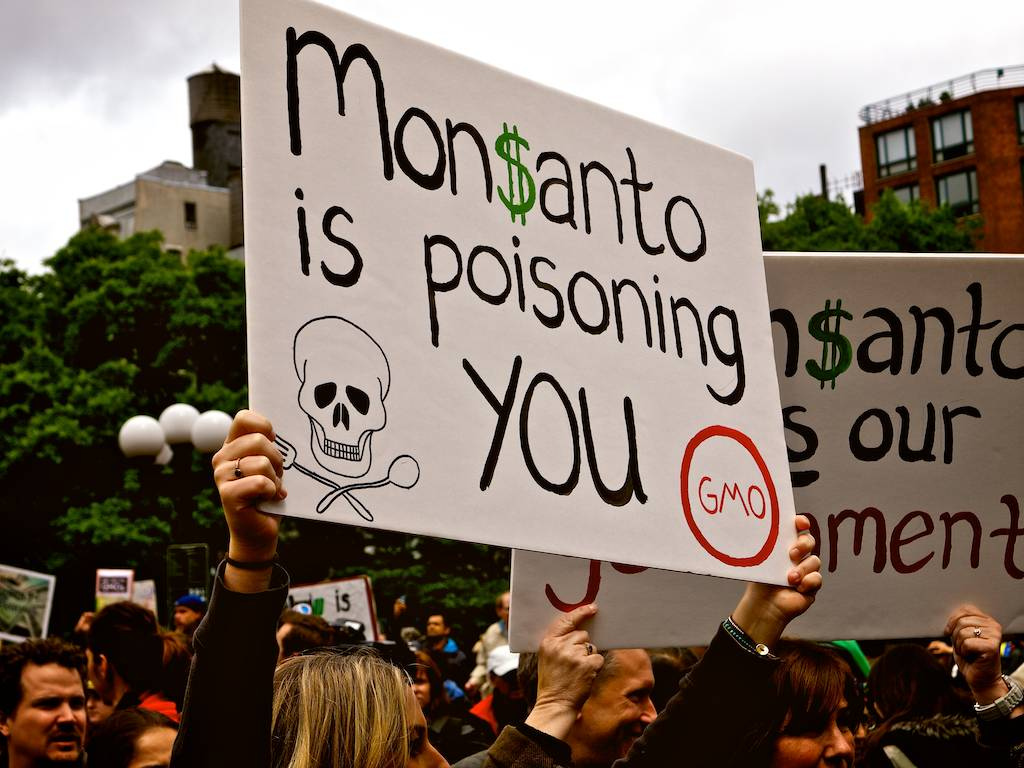 ANOTHER CORPORATE WHORE ON THE DEMOCRATIC TICKET?

The latest reports seem to indicate Clinton’s choice is down to either Vilsack or U.S. Senator Tom Kaine of Virginia.  One way or the other, we’ll know on Saturday … when Clinton is expected to announce her vice presidential selection in Miami, Florida.

Assuming she picks Vilsack, Clinton would be doubling down on her “Bride of Frankenfood” problem.

For years Clinton has been closely linked to Monsanto – a major agro-chemical conglomerate headquartered in Missouri.  She’s also been a leading advocate for the “genetically modified organisms” (GMOs) that Monsanto foists on unwitting American consumers each year.

GMOs have sparked controversy due to their alleged health risks and adverse environmental impact – and due to the fact most Americans have no clue they are consuming this “Frankenfood” on a daily basis.

Why would they?  Currently there is no requirement to label GMOs – even though then-U.S. Senator Barack Obama vowed in 2007 that he would support such an effort if elected president.  Not only did he fail to do that, he put Monsanto’s favorite politician in charge of the country’s agricultural interests.

“In thousands of independent studies since the 1980s, not one health issue has ever been identified,” a company spokesperson told Fox Business last September.

Of course it’s worth noting the company said the same thing about Agent Orange, PCBs and DDT.

Anyway … Clinton is aggressive proponent of GMOs.  During her tenure as U.S. Secretary of State, she engaged in what one environmental site referred to as “a concerted strategy to promote agricultural biotechnology overseas, compel countries to import biotech crops and foods they do not want, and lobby foreign governments – especially in the developing world – to adopt policies to pave the way to cultivate biotech crops.”

Clinton was well-compensated for her advocacy, too.  In 2014, a Monsanto-backed lobbying group paid her $325,000 – for one speech.  In that address, Clinton lectured her audience on how they could use different buzzwords to make GMOs sound more appealing.

The company has also doled out hundreds of thousands of dollars to Clinton’s foundation – which has been linked to all sorts of unsavory crony capitalist deals.

Since then, Monsanto lobbyists have bundled hundreds of thousands of dollars for Clinton’s presidential campaign.  In fact one of those lobbyists – Jerry Crawford – is a top advisor on Clinton’s campaign who served as her point person in Iowa.

Speaking of Iowa, Vilsack is the state’s former governor … a politician who has been in Monsanto’s back pocket for years.  In fact the company used to fly him around on its private jet.

Like Clinton, Vilsack is an aggressive proponent of GMOs – and has steadfastly pushed their expansion at every stage of his political career.

“Vilsack has, in fact, promoted the most controversial and dangerous forms of agricultural biotechnology, including pharma crops, plants genetically engineered to produce pharmaceuticals,” the website USDA Watch recently noted.

The purpose of this post is not to weigh in on GMOs – or the debate over GMO labeling.  We need to do a lot more research on this subject before we attempt to speak intelligently about it.

Our point is to show …  once again … that Clinton is not some progressive heroine fighting for “everyday Americans,” but rather a bought-and-paid-for corporate whore fighting for a narrow set of special interests.

If it turns out one of those interests is knowingly poisoning those “everyday Americans” – without them knowing it – that could be an even bigger development.

And further evidence of the inefficacy of being #WithHer.

Not Everybody Liked Chris Christie’s Speech