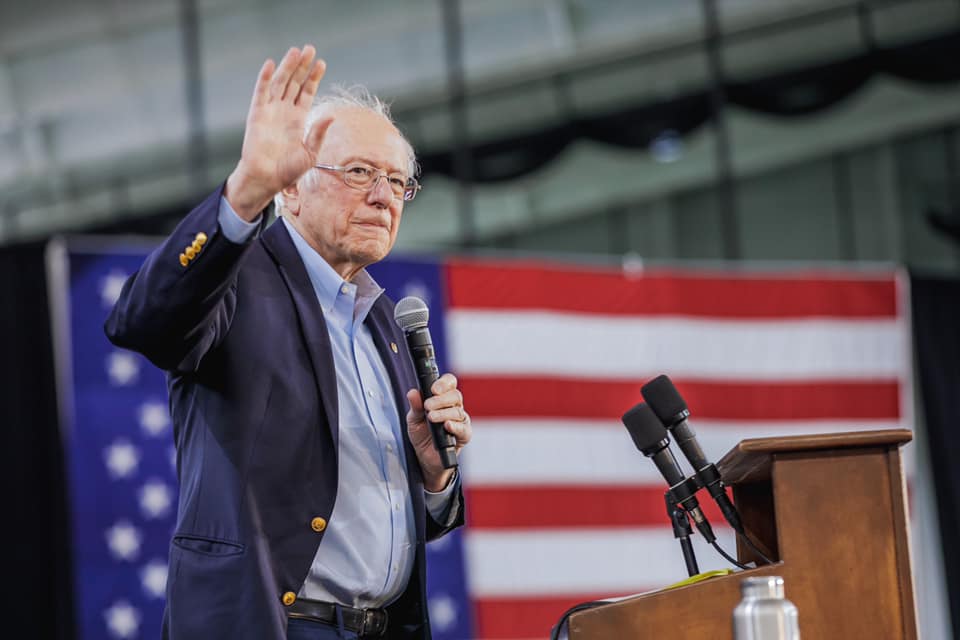 “Today I am suspending my campaign,” Sanders announced. “But while the campaign ends, the struggle for justice continues on.”

Sanders’ decision to drop out of the race removes the last obstacle to the Democratic nomination for Biden – who just forty days ago had been left for dead by the national punditry after disappointing finishes in early-voting Iowa and New Hampshire.

Biden started his comeback on February 29 with a blowout win in early-voting South Carolina, then built on that momentum with a decisive victory three days later on Super Tuesday.

“Just call him the Lazarus candidate,” we noted at the time, referencing his rapid-fire political resurrection.

Biden (above) – who contorted himself into any number of far left positions during the Democratic primary – welcomed Sanders’ exit from the race with effusive praise for his erstwhile rival.

“I know Bernie well,” Biden tweeted. “He’s a good man, a great leader, and one of the most powerful voices for change in our country. And it’s hard to sum up his contributions to our politics in one, single tweet. So I won’t try to.”

In a statement posted to Medium, Biden elaborated.

“Bernie has done something rare in politics,” he wrote. “He hasn’t just run a political campaign; he’s created a movement. And make no mistake about it, I believe it’s a movement that is as powerful today as it was yesterday. That’s a good thing for our nation and our future.”

Sanders’ campaign promises would have cost American taxpayers a staggering $97.5 trillion. That number is scarcely fathomable – even in our new era of multi-trillion dollar government stimulus laws.

Again, though, Biden veered wildly to the left during the Democratic primary – so maybe he’s more convinced that socialism is a “good thing” for our nation than we previously thought?

We will find out soon enough …

Sanders has run unsuccessfully for the White House twice now. In 2016, he was defeated by Hillary Clinton – with a capable assist from the Democratic party. Sanders later endorsed Clinton, but his radical backers – the “Bernie Bros.” – were never sold on her candidacy. In fact, we believe that was one of the factors that contributed to U.S. president Donald Trump’s upset victory in November 2016.

This rift is not a thing of the past, either, as Clinton made it abundantly clear during the 2020 race that she was no fan of Sanders.

Now that the 2020 election is all but assured to be a Biden versus Trump affair, what do we make of the contest to come?

Obviously, Trump backers have long believed Biden was the biggest threat to their candidate – hence their failed effort to infiltrate early-voting South Carolina’s open primary to cast votes on behalf of Sanders.

Are they correct in that assessment, though?

We have never thought so …

In addition to his recent leftist contortions – which we described as “part of his shameless effort to appeal to an increasingly left-leaning Democratic establishment” – Biden remains weighted down by the same anchor his own party used in its failed effort to throw Trump out of office.

We have long believed Biden’s ultimate weakness in an election against Trump remains his proximity to the “Ukrainian meddling” scandal that led to the latter’s December 2019 impeachment. As we we have frequently pointed out, Democrats’ decision to engage Trump on the one issue where their own party’s 2020 standard-bearer was similarly (and in fact more directly) implicated defies comprehension.

Seriously … how do Democrats plan on nominating a candidate whose own conduct in relation to Ukraine is far worse than the conduct for which they attempted to oust Trump?

Beyond all of that, there remain compelling questions as to Biden’s mental fitness – questions that are likely to intensify as the campaign progresses.

Bottom line? For the second election cycle in a row, the Democratic establishment has gotten the candidate it wanted. The candidate it believes to be the most “electable.”