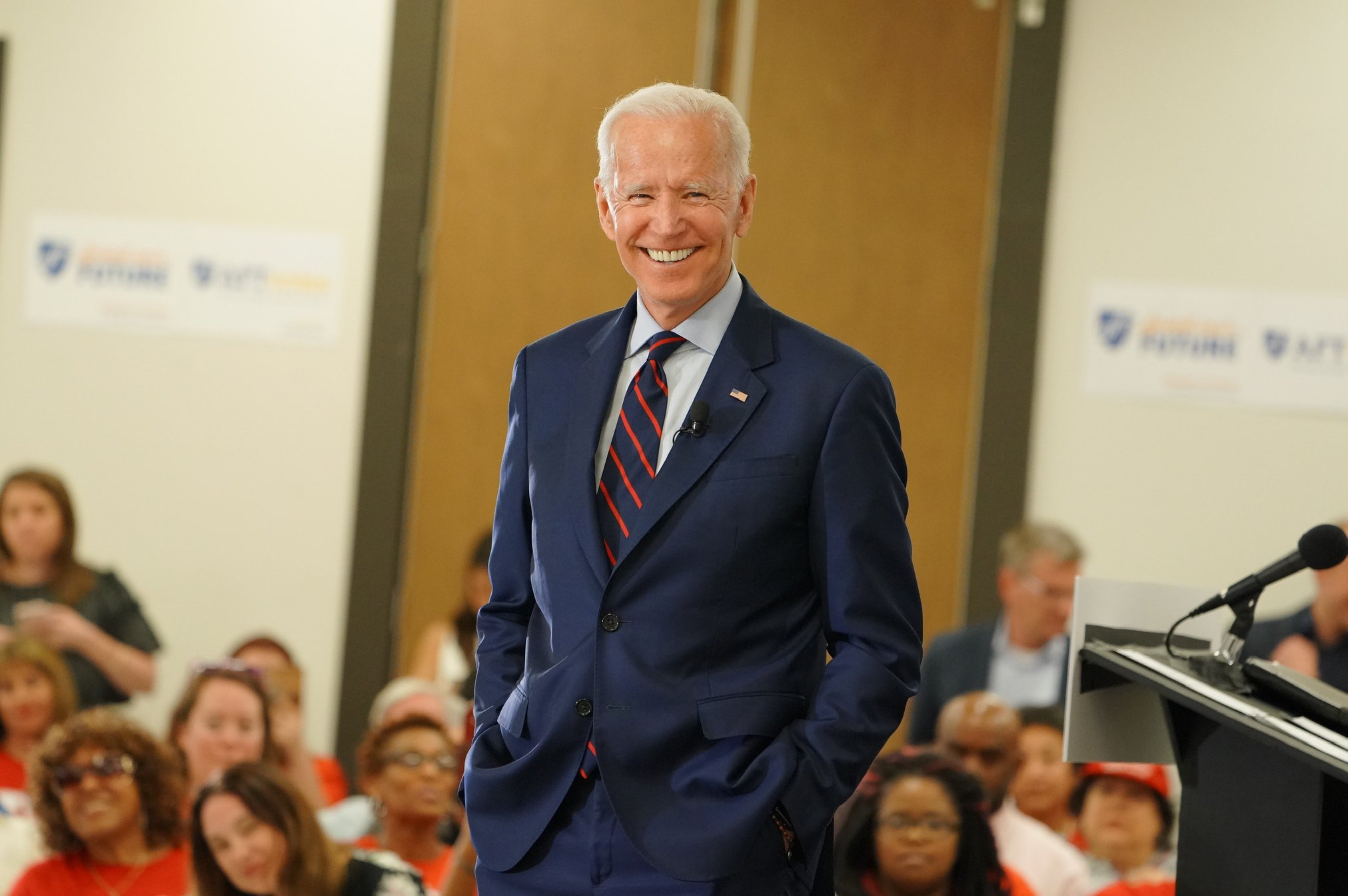 Just call him the Lazarus Candidate. Left for dead less than three weeks ago following a disastrous fifth-place finish in early-voting New Hampshire, former U.S. vice president Joe Biden reclaimed the frontrunner mantle in the race for the 2020 Democratic presidential nomination with a spectacular showing on “Super Tuesday.”

As dawn broke on the day after the races, Biden had surged to a lead over Sanders in pledged delegates – with 453 compared to Sanders’ 382. Hundreds of delegates had yet to be awarded as Super Tuesday results continued to pour in … meaning Biden’s lead could continue to expand.

And remember … we all know how Democratic delegates work …

Still, Biden is not only back … he is back in front, benefiting from the coalescing of more moderate Democratic primary voters around his candidacy (even though Biden is far from moderate).

These voters believe Biden is the most electable Democrat, and perhaps the only remaining Democrat with a chance to beat GOP incumbent Donald Trump in November.

“The old cliché is that when it comes to picking presidential candidates, Democrats fall in love while Republicans fall in line,” noted John Fund for Fox News. “But this year is different. A lot of Democrats recognize former Vice President Joe Biden’s many liabilities, but they are falling in line behind him in order to stop (Sanders) from carrying their banner in November.”

What did it get him? Nothing … expect a win in American Samoa.

Bloomberg, 78, was pummeled all across the map … and is now in the unenviable position of having to “reassess” his candidacy.

“Thanks to our supporters who went to the polls, knocked on doors, made phone calls, and sent texts to friends,” Bloomberg (above) tweeted as the disappointing results rolled in. “We couldn’t have done this without you. We’re 100 days into our campaign – and we’re more determined than ever to defeat Donald Trump and rebuild America.”

Bloomberg may be “more determined than ever,” but his campaign manager Kevin Sheekey sounded a vastly different tone.

“As of right now we’re committed to stay in, but we’ll see what happens today,” Sheekey told reporters.

Also eviscerated on Super Tuesday was erstwhile top tier candidate Elizabeth Warren – whose early state struggles showed no signs of letting up. Warren even lost her home state of Massachusetts to Biden.

“There is no path forward for her,” one Democratic strategist told CNN. “It’s beneath her to remain (in the race).

“I think that she faced an enormous amount of sexism and misogyny that’s inherent in the system and in everyday voters still in America, which is hugely disappointing to me,” Warren supporter Sara Gorsky told Salon. “I think the media painted a picture of a candidate who ‘couldn’t do it’ and couldn’t be elected. It breaks my heart that the media sent that message and that Americans seemed to receive it.”

So the liberal electorate in America is sexist?

Trump even trolled her failure, tweeting that it was “so selfish for Elizabeth Warren to stay in the race.”

“She has zero chance of even coming close to winning, but hurts Bernie badly,” Trump continued. “So much for their wonderful liberal friendship.”

Actually that relationship blew up in mid-January when Warren (above) accused Sanders of sexism. Incidentally, that was around the time her free fall in the national polls began …

Our view? Democrats officially have a two-candidate race: Biden versus Sanders, with the former enjoying significant momentum as key swing states like Michigan and Florida come into focus on the upcoming primary calendar.

Is that good news for Democrats? Maybe … but maybe not.

“In addition to adopting far left policy positions that will be easily exploitable by Trump in November (and extremely difficult for Biden to walk back), we maintain the former vice president is the least well-equipped (mentally and physically) of all the Democratic candidates when it comes to the daunting task of going head-to-head against the incumbent on the campaign trail and (gasp) in presidential debates,” we noted in a column earlier this week.

“Biden’s brazenly corrupt, self-serving and acknowledged meddling in Ukraine offers Trump a rare opportunity to not only deflect a potentially harmful blow – but to land one against his rival,” we noted.

Still, whatever we think of Biden … his comeback (which began in early-voting South Carolina) is nothing short of incomprehensible. In the span of twenty-one days, he has gone from “finished” to “frontrunner,” pulling off one of the biggest, fastest, most remarkable campaign resuscitations in modern political history.