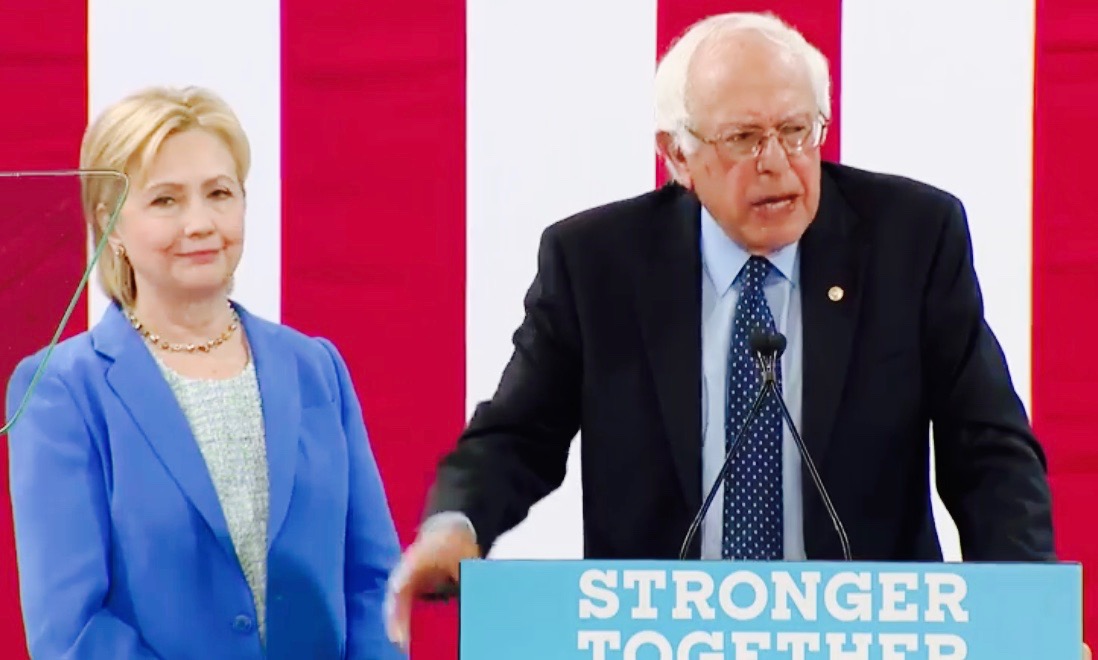 Crusading populist Bernie Sanders has endorsed the presidential candidacy of Hillary Clinton – arguably the embodiment of everything the independent socialist U.S. Senator from Vermont opposes.

“I have come here today not to talk about the past but to focus on the future,” Sanders said.  “That future will be shaped more by what happens on November 8 in voting booths across our nation than by any other event in the world. I have come here to make it as clear as possible as to why I am endorsing Hillary Clinton and why she must become our next president.”

Will Sanders’ endorsement help Clinton win over his supporters?

Sure … but just how many of them ultimately fall in line behind her remains to be seen.  Many will sit on the sidelines.  Others will choose to support another candidate.

Sanders’ progressive insurgency has been fueled in no small part by Clinton’s status as a crony capitalist and warmonger.  In fact, his endorsement of the candidate he previously declared “not qualified” to be president was immediately greeted with contempt by those who rallied to his banner.

“You are watering down everything you stood for,” one Sanders supporter wrote on his social media page. “This is the definition of a sellout. Don’t sell your soul.”

“If I have to hold my nose to vote I’m voting Trump,” another Sanders backer noted on Twitter. “I will settle for four years of Trump to avoid eight years of Hillary!”

We expect this response to become a recurring theme in the aftermath of this endorsement – especially given the extent to which Sanders exposed Clinton as a tool of the Washington special interests, not the “everyday Americans” she claims to support.

Specifically, Clinton repeatedly criticized Sanders for not being aggressive enough on the issue of gun control.  She also sought to portray him as unsympathetic to the #BlackLivesMatter movement, which is under increasing scrutiny in the aftermath of a horrific, racially-motivated attack on white police officers in the city of Dallas, Texas.

Oh, and that “not qualified” remark?  She returned the favor to Sanders.

“I think he hadn’t done his homework and he’d been talking for more than a year about doing things that he obviously hadn’t really studied or understood, and that does raise a lot of questions,” Clinton said of Sanders back in April.

Not surprisingly, the campaign of GOP presidential nominee Donald Trump wasted little time in exploiting the ideological divide between Sanders and Clinton – evidenced by the latter’s refusal to take a firm stance against Barack Obama‘s proposed Trans-Pacific Partnership (TPP).