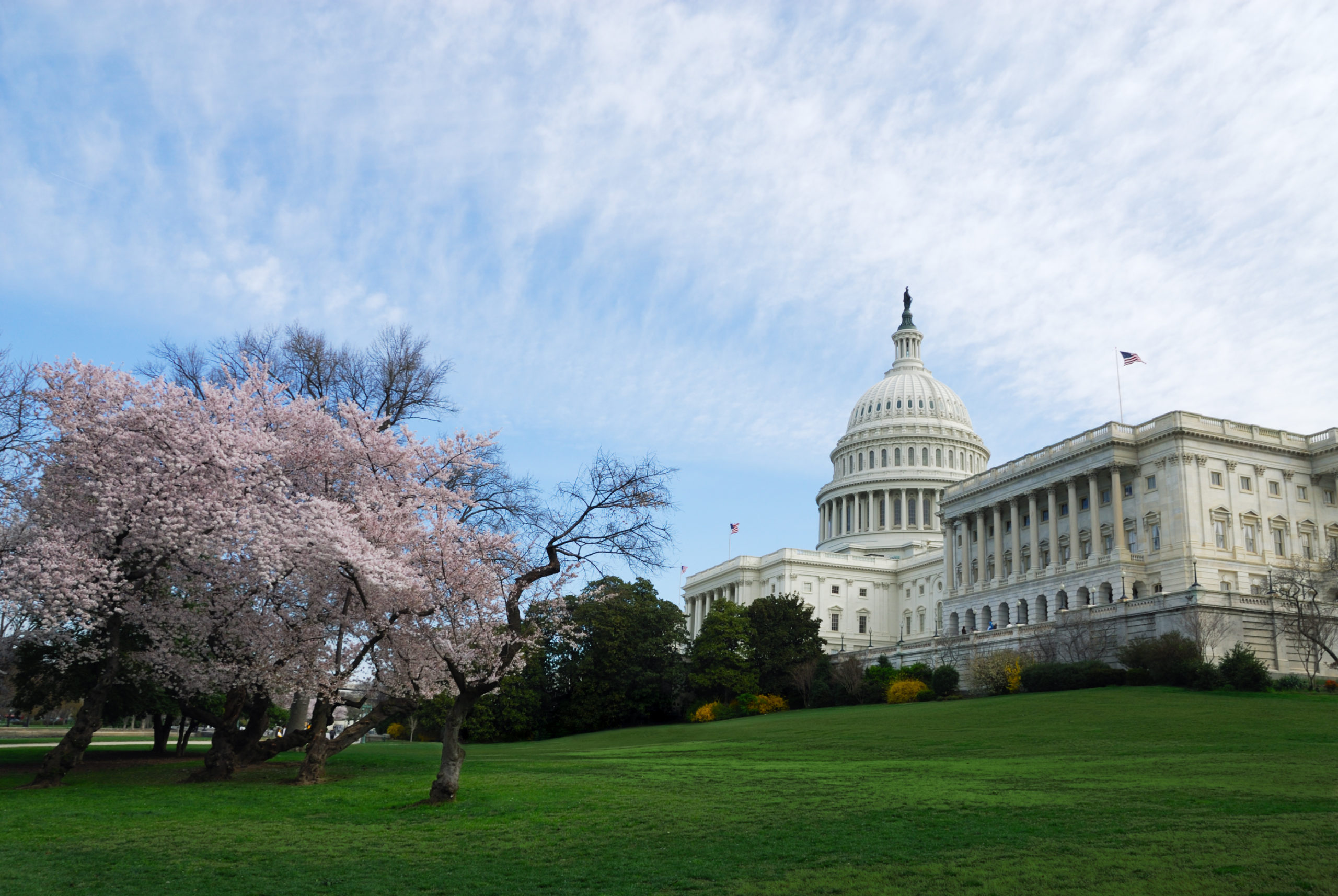 The first economic stimulus bill related to the 2019-2020 coronavirus pandemic was signed into law on Friday afternoon (March 27, 2020) by U.S. president Donald Trump. The $2.2 trillion package cleared the U.S. Senate by a 96-0 vote two days earlier, and passed the U.S. House earlier Friday by a voice vote.

It is the largest relief bill in American history – by far. The law signed by Trump is more than twice as big as Barack Obama’s bureaucratic bailout of 2009 and more than three times larger than George W. Bush’s “troubled asset” bailout of 2008.

Also, it may represent just the beginning of our nation’s response to the unprecedented economic impact caused by this virus, which as of Saturday afternoon had infected an estimated 115,000 people in our country – killing nearly 1,900 of them.

House members forwarded the bill to the president without a recorded vote – overcoming an effort by U.S. congressman Thomas Massie of Kentucky that would have compelled individual members to vote “aye” or “nay” on the legislation.

A stickler for the Constitution, Massie was pilloried by members of both parties – and by Trump – for holding up the bill. At least one of his colleagues had his back, though.

“America’s Congress traveled on horseback through hot combat to meet during the Revolutionary War,” U.S. congressman Matt Gaetz of Florida tweeted. “Now, many in the same body are pissed at Thomas Massie for making us fly on private and commercial planes during COVID-19.”

The scene in the U.S. Capitol building was surreal as Democratic and Republican leaders struggled to fill the chamber with 216 members – the number necessary to advance the stimulus bill without a full floor vote. They were eventually successful, sending the bill to Trump’s desk over Massie’s principled objection.

(Via: U.S. House of Representatives)

The bill – H.R. 748 – is officially called the CARES act, or the “Coronavirus Aid, Relief and Economy Security” act. It was passed with the stated purpose of providing “emergency assistance and health care response for individuals, families, and businesses affected by the 2020 coronavirus pandemic.”

Will it do that?

This news outlet had previously expressed concerns that the plan signed by Trump on Friday included far too much in the way of corporate welfare – money we believe would have been better served shoring up middle-income Americans and small businesses hit hardest by the fallout from the pandemic.

“All relief must be targeted to the individual income earners and small businesses that drive – or rather, were driving our economy before this crisis hit,” we wrote at the very beginning of stimulus negotiations.

We maintain this belief …

So … what is in the bill? Far too many news articles written in the aftermath of the legislation’s passage – and Trump’s signing ceremony – failed to address even its most basic provisions.

Our news outlet is a bit different …

Not only will we tell you exactly what the legislation contains, we have no problem sharing what we think is good, bad and ugly about it.

Among the key provisions of the new law are so-called “individual recovery rebates” – which will provide $1,200 checks to individual Americans (or $2,400 for married couples) who reported adjusted gross income of up to $75,000 (or $150,000 for married couples). Additional per child payments of $500 will be provided to Americans in these income brackets with children under the age of sixteen.

The cutoff for families with two children – i.e. the standard nuclear family in the United States – is $218,000 in adjusted gross income.

For most Americans, no action is required on their part to receive the checks – which according to the U.S. Treasury should begin arriving in mailboxes across the country within three weeks.

The new law extends unemployment benefits from 26 weeks to 39 weeks. Not only that, beyond existing benefit amounts calculated by each individual state the stimulus would add $600 per week in federal supplements for up to four months while waiving the one-week waiting period.

In addition to extending the duration of aid – and raising the amount of aid provided – the new law dramatically expands the eligibility pool.

Unemployment benefits will now be available for self-employed workers, contractors and others impacted by the coronavirus (i.e. quarantined). All of these workers will be eligible for the $600 weekly federal unemployment supplement.

Typically, these benefits are available to workers within two to three weeks, however unemployment offices across the nation are seeing an unprecedented number of new applications given the early unemployment surges related to the coronavirus shutdown.

In addition to the individual relief and expanded unemployment benefits, the law signed by Trump on Friday includes $10 billion worth of grants for emergency funds for small businesses (up to $10,000) to cover their immediate operating costs. Another $350 billion has been set aside to cover loans of up to $10 million per business. Any portion of these loans – which will be administered by the Small Business Administration (SBA) – can be used to maintain payroll, pay rent/ mortgage or forgive existing debt.

The SBA will also administer a $20.5 million loan guarantee program for “rural businesses.”

Additionally, businesses of all sizes that have closed or become “distressed” as a result of the coronavirus shutdown are eligible for a fully refundable tax credit aimed at helping them keep workers on payroll. This credit applies to wages paid from March 13, 2020 through December 31, 2020, and covers up to 50 percent of payroll on the first $10,000 of compensation (including health benefits) for each employee.

Among the most controversial provisions of the new law is a $500 billion fund for “distressed businesses” that will be overseen by U.S. Treasury secretary Steve Mnuchin – with what appears to be very little in the way of oversight.

This $500 billion fund is likely to be used in concert with loans from the secretive Federal Reserve to provide as much as $4 trillion in bailouts to select industries – including struggling aircraft manufacturers, airline carriers, cargo carriers and others impacted by the economic shutdown.

In fact, the oversight of this fund that was inserted into the law – including required reports from the U.S. inspector general’s office to congress – does not appear to be something Trump intends to follow.

“I do not understand, and my Administration will not treat, this provision as permitting the (inspector general) to issue reports to the Congress without the presidential supervision,” Trump wrote in a signing statement on Friday.

Translation? Disclosure of the fund’s disbursements (and any conditions attached to them) is up to Trump.

Which reminds us … some of the industries seeking bailout money from this fund could be compelled to surrender an equity stake in their business to the government. At least one company requesting a bailout from the fund – Boeing – has indicated that surrendering equity is a non-starter, however.

This news outlet opposes such corporate welfare on principle. Always have. Allowing it with no oversight? That’s even worse.

Needless to say we will be pushing for maximum transparency when it comes to the mechanics of this fund … while insisting that corporations who benefit from it do not use the money on stock buybacks or other fat-cat-fattening machinations.

The law provides a number of other relief measures including, but not limited to, the following …

As previously noted, we have serious reservations about several of the provisions of this new law – most notably the rampant corporate cronyism contained in the $500 billion Treasury fund (and related Federal Reserve actions). To the extent possible, we believe this money should have been used to expand the middle income and small business relief.

There is also a more fundamental concern – eloquently expressed by Robert Tracinski for The Bulwark. According to Tracinski, throwing this $2.2 trillion against the wall (accompanied by however many trillion the Fed earmarks) is likely to be an exercise in futility.

His view is that, despite its unprecedented dimension, the new law is unlikely to change the eventual trajectory of the economic fallout from the virus …

“This is a giant act of denial, intended to keep capital, spending, and employment where it was so we can magically reset to our economy to the BC world – Before Coronavirus,” Tracinski wrote. “But this is never going to happen. All this bill does is spend $2 trillion to stave off for as long as possible the moment when we accept the new reality and move on.”

Will the $2.2 trillion coronavirus stimulus save our economy?