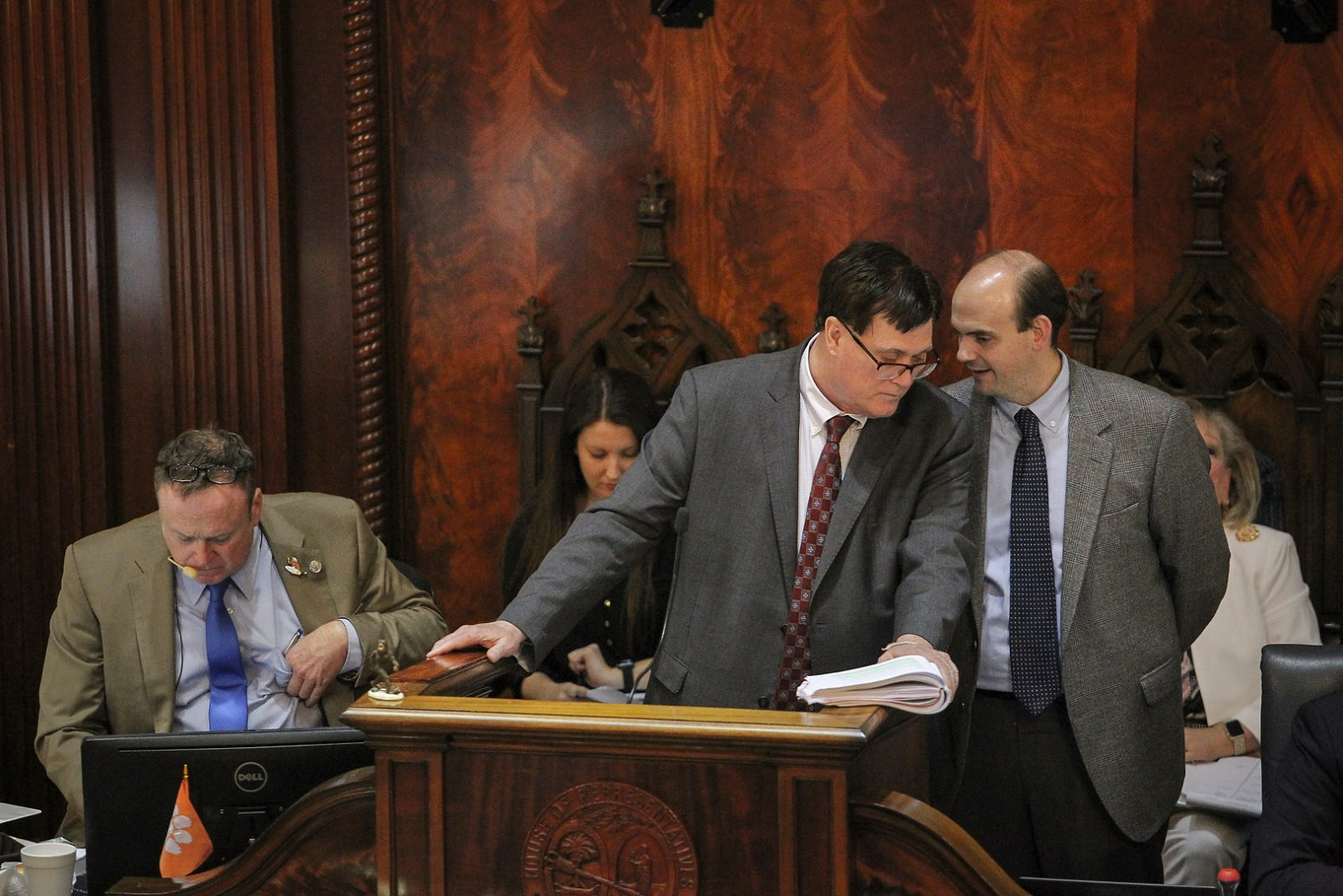 Earlier today, our news outlet reported exclusively on some galling obstruction tactics being employed by South Carolina’s scandal-scarred government-run utility Santee Cooper (and its allies in the Palmetto State Senate).

The goal of these machinations? To use the current coronavirus crisis as a way of shutting down debate over the possible sale of the utility to the private sector – one of three options state lawmakers have been considering as a fix for the debt-addled, abysmally managed, state-owned behemoth.

As we reported, the utility appears to have deliberately misled lawmakers regarding an agreement it purportedly reached with a key partner – hoping to dissuade the legislature from revisiting the debate over selling the utility in the months to come.

To say Lucas pulled no punches would be an understatement …

Lucas (above) went on to accuse the utility of undertaking” a coordinated and purposeful effort to frustrate the will of the South Carolina General Assembly,” choosing instead to behave as a “rogue entity, seeking to satisfy its own priorities rather than those of ratepayers, taxpayers and the state of South Carolina.”

“Let me be explicitly clear,” Lucas wrote. “If state law gave me or the House of Representatives the authority, I would seek the immediate and unqualified removal of each member of the Santee Cooper board and the dismissal, for cause, of their entire senior management.”

And while Lucas regretted that he lacked the statutory authority to effectuate such a move, he hinted that it might be coming – and that when it did come he would “applaud (board and staff’s) ultimate removal from your positions in the appropriate manner.”

“It is evident that Santee Cooper suffers from a broken corporate culture that is deeply ingrained in your leadership,” Lucas wrote. “It is a shame that the leaders of what was once one of this state’s greatest asset suffer from such arrogance and ambivalence as to behave in the manner you have.”

In an effort to combat the lies, Lucas told Santee Cooper’s leaders that he was advising House members to communicate with them only in writing – and that any testimony submitted to House committees would have to be given under oath.

He also told them to stop contacting his office altogether …

“I regret having to take such extreme steps, but I cannot allow false, misleading information from a state agency to permeate the debate surrounding Santee Cooper,” Lucas’ letter concluded. “The House’s deliberations must be based on verified fact and actual data, neither of which Santee Cooper has prove to be able to produce.”

As this news outlet has chronicled exhaustively over the last year, deception has been the name of Santee Cooper’s game. In fact we previously referred to the scandal-scarred utility as a “rogue agency” last September – the last time it sought to flaunt state law.

That time, it was S.C. Senate finance president Hugh Leatherman who brought the utility to heel.

Lucas wasn’t the only one unloading on Santee Cooper on Wednesday. In impassioned remarks on the floor of the S.C. House of Representatives on Wednesday, two powerful Republican leaders – ways and means chairman Murrell Smith and majority leader Gary Simrill – both railed against the duplicity of the agency.

“It is a sad commentary that we are here today disrupting the functioning of government because of a rogue agency,” Smith said, calling Santee Cooper’s latest machinations “the height of arrogance.”

Smith also blasted the utility’s high-priced leadership, which he accused of being “nothing but obstruction(ists) from the start.”

Simrill took the floor after Smith, saying that the House was not going to stand for Santee Cooper’s tactics – and calling on Senators to join his chamber in putting ratepayers and taxpayers first (for a change).

“We cannot let one agency in the state of South Carolina not only dictate – but thwart – what is good and meaningful for every South Carolinian,” Simrill said.

“Let them decide,” Simrill added, referring to the Senate. “Is one agency more important than the citizens of South Carolina?”

What will the Senate do?