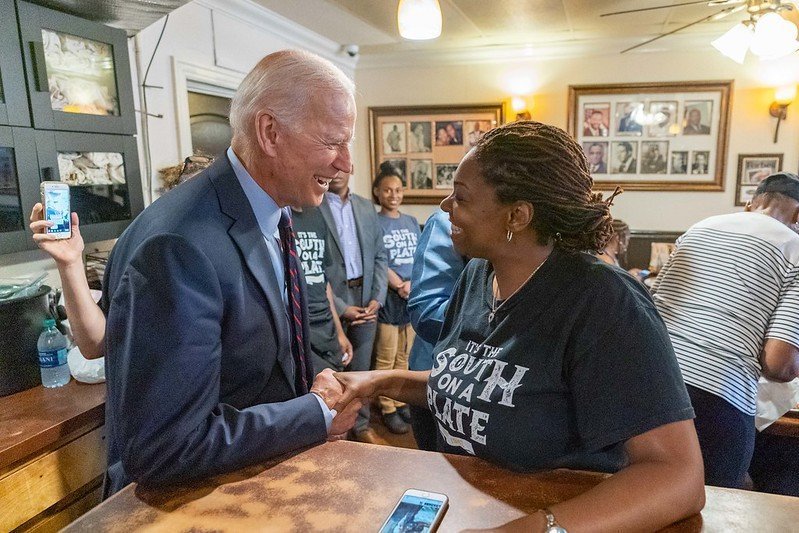 Against all odds, Joe Biden is back … in a big way. Buoyed by the support of black voters, the former U.S. vice president blew the doors off of his opposition in early-voting South Carolina, reestablishing himself as a viable contender for the Democratic presidential nomination after abysmal showings in Iowa and New Hampshire.

Making Biden’s win even more impressive? Conservative Republicans – whose party controversially cancelled its “First in the South” primary as a sop to U.S. president Donald Trump – organized a crossover campaign in the hopes of throwing the Palmetto State’s open primary to Sanders, a candidate they view as less electable than Biden.

“There are no shortcuts in presidential campaigns,” South Carolina Democratic strategist Laurin Manning Gandy said after the race. “Name (identification) can be bought, but you’ve also got to put in the hard work and show you can deliver in the polls.”

Steyer didn’t do that … and his weak showing in South Carolina ended his presidential bid.

“I got into this race to fight for racial, climate, and economic justice,” Steyer said in announcing his decision to exit the race following the disappointing results. “I will continue that fight, and do everything I can to support the eventual nominee. I thank all of you for your support and love throughout the campaign.”

Not in South Carolina, it would appear, where black voters were able to see through the pandering and hypocrisy.

“South Carolina, I can’t thank you enough,” Biden said. “Tonight’s big victory has launched us forward, and we need your help to keep the momentum going.”

Biden’s massive margin of victory took many pollsters by surprise, although in what is becoming a trend it was correctly called by Atlanta, Georgia-based strategist Robert Cahaly – whose pre-race predications were exclusively leaked to this news outlet on the eve of the election.

By contrast, polling from The (Charleston, S.C.) Post and Courier – conducted by California-based Change Research – showed Biden enjoying only a four-percentage point lead over Sanders as the race approached the homestretch.

He won by more that seven times that margin.

Biden’s win certainly reestablishes his flagging candidacy, but it came amid serious struggles on the campaign trail – reviving questions about his mental fitness.

And while one liberal billionaire has dropped out of the race, a far richer one – Michael Bloomberg – is poised to factor prominently in the election from this point forward after skipping early-voting Iowa, New Hampshire and South Carolina.

In fact, Bloomberg is dropping up to $3 million of his limitless war chest on a prerecorded, three-minute televised address on the dangerous coronavirus outbreak on Sunday evening (March 1, 2020).

And while Biden’s victory bolsters his electability argument, Sanders remains the early leader in pledged delegates to the 2020 Democratic National Convention in Milwaukee, Wisconsin. As we noted in a recent post, “the presence of so many potentially viable candidates has dramatically reduced the likelihood that any one of them will enter (the convention) with enough delegates to capture the nomination on the first ballot.”

“That could result in the first brokered national convention since 1952 – a prospect which threatens to shatter party unity ahead of a contentious general election,” we noted.