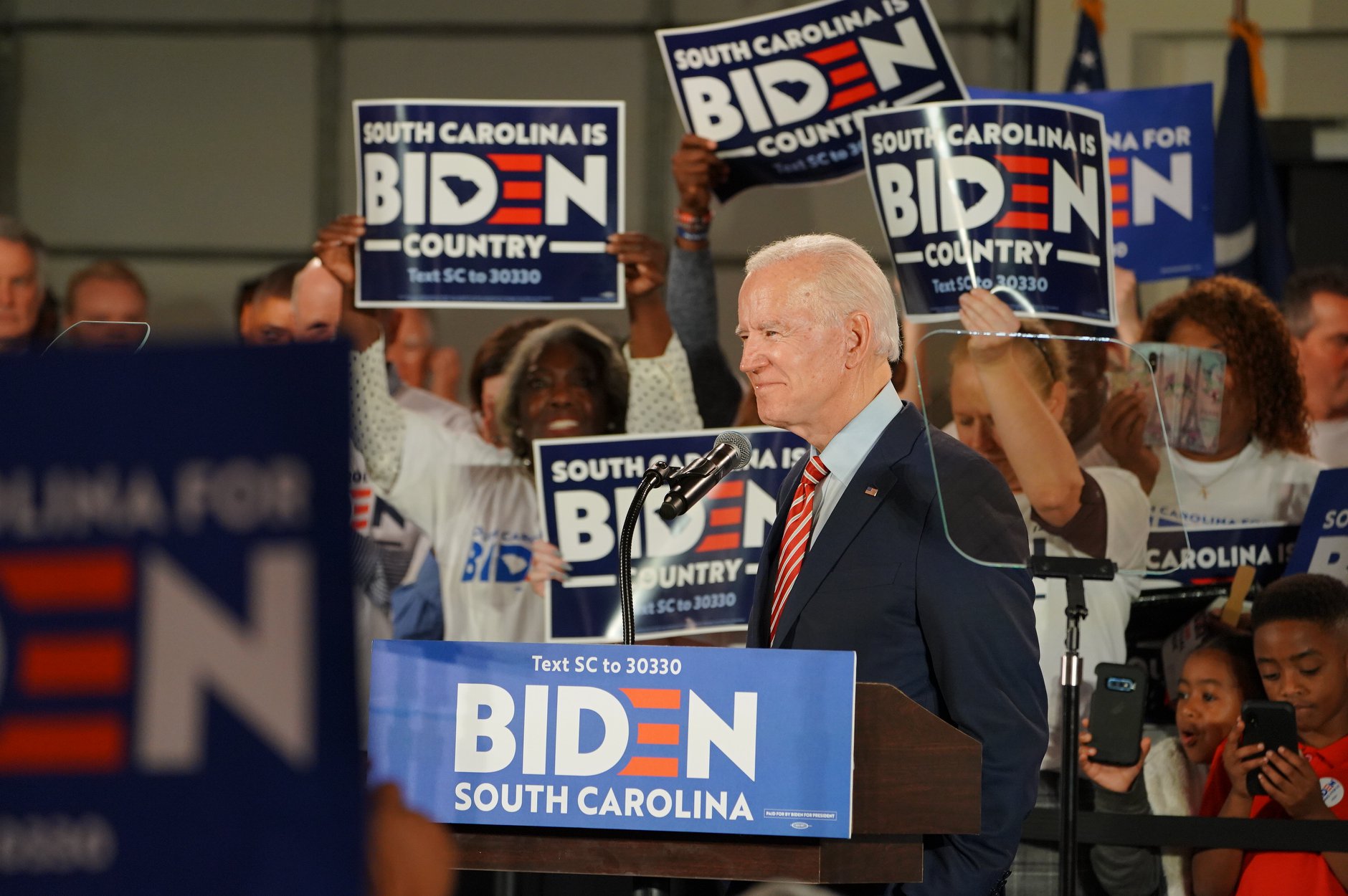 Last fall, when his formerly front-running presidential campaign was still riding high, questions were raised regarding former U.S. vice president Joe Biden’s mental fitness (or rather his lack thereof). Now those questions are being asked again … only this time Biden is clinging to a shrinking lead in early-voting South Carolina, a must-win state for him after his campaign flopped spectacularly in Iowa and New Hampshire.

One apparent flare-up took place during an interview earlier this week in which a national reporter referenced the Palmetto State as Biden’s “firewall.”

Except Biden did say that … this month.

“I think I have a real firewall in South Carolina,” he told NBC on February 2 en route to getting drubbed in the Hawkeye State.

Yeah … not since the late Rick James reminisced about grinding/ not grinding his boots in actor Eddie Murphy’s couch (or Nikki Haley’s first “password” problem) have we seen such an insta-reversal of positioning.

Let’s give Biden (above) the benefit of the doubt and assume for the moment he is merely engaging in typical political doublespeak – desperately trying to manage expectations ahead of what would be a campaign-crushing defeat in the Palmetto State.

In that case, his “I never said firewall” comment would be a conscious lie …

But during a S.C. Democratic Party (SCDP) dinner this week, Biden made a major mental gaffe by confusing the office he is seeking – referring to himself as a “candidate for the United States Senate.”

“You’re the ones who sent Barack Obama the presidency,” Biden pleaded with attendees at the dinner. “And I have a simple proposition here: I’m here to ask you for your help. Where I come from, you don’t go very far unless you ask. My name’s Joe Biden. I’m a Democratic candidate for the United States Senate. Look me over. If you like what you see, help out. If not, vote for the other Biden. Give me a look though, okay?”

Also … who is the other Joe Biden?

“This is so sad,” liberal activist Shaun King tweeted. “I honestly wish he would’ve retired (and) not subjected himself to the rigors of this campaign.”

Questions are also being raised about Biden’s bizarre claim to have been arrested in South Africa in the 1970s while attempting to secure the release of anti-apartheid activist Nelson Mandela. Stories in The New York Times (by Katie Glueck and Thomas Kaplan) and The Washington Post (by Glenn Kessler) have thoroughly debunked this claim, however.

“There is no evidence that Biden was ever arrested trying to see the imprisoned future president of a democratic South Africa,” Kessler reported. “Biden’s memoir makes no mention of any such arrest. As far as we can tell, Biden never mentioned this arrest before; neither can we locate any news accounts of him being arrested.”

Additionally, at least one of the former members of congress who accompanied Biden on his trip to South Africa – Andrew Young – told reporters he had no recollection of Biden being arrested on the trip.

Also, Biden referenced being arrested in Soweto – a township more than 900 miles away from Robben Island, where Mandela was imprisoned.

Worse, the meltdown is coming at the precise moment Biden needs to gather all of his faculties to build back his “firewall.”

About That Wide Open Road To The White House