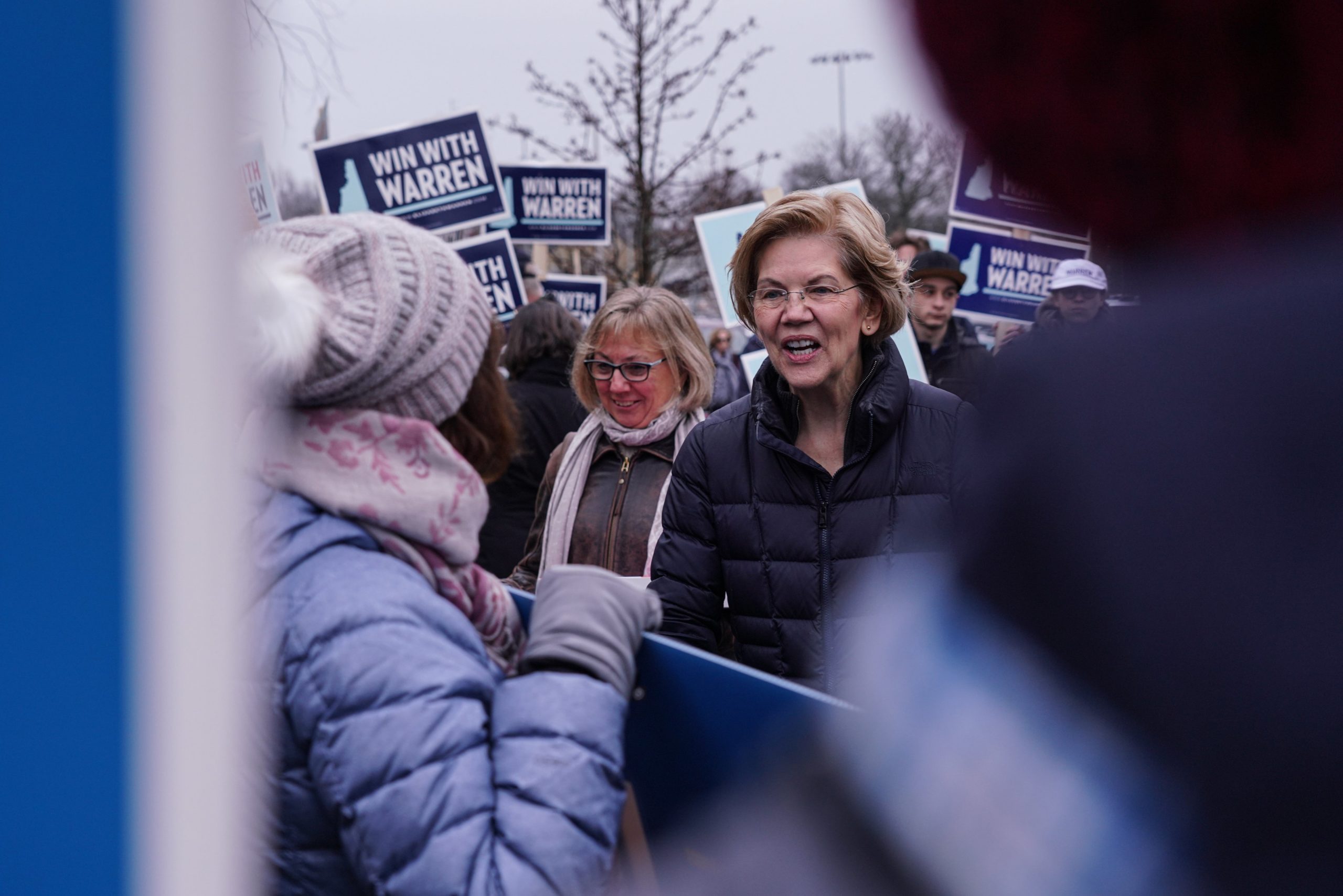 Bucking the low enthusiasm seen in the disastrous Iowa caucus, near-record numbers of Democrats showed up and delivered a stunning rebuke of the candidacies of former U.S. vice president Joe Biden and U.S. senator Elizabeth Warren.

As recently as mid-January, Biden led New Hampshire with the support of 23.3 percent of its Democratic primary-goers, per aggregate polling data from Real Clear Politics.

On Tuesday night, Biden finished in fifth place – receiving an anemic 8.4 percent of the vote. Affirming the significance of this humiliating defeat, Biden bailed on his election night gathering in the Granite State and traveled ahead of schedule to “First in the South” South Carolina – where he is clinging to a lead over billionaire Tom Steyer.

As we noted months ago, Biden’s damning ties to the same “Ukrainian meddling” scandal that led to the impeachment of U.S. president Donald Trump have hurt his electability – which was the main argument his moderate Democrat backers were making in support of his candidacy.

“Biden’s inevitable electability is at the bottom of a crater in New Hampshire,” blared a headline from Slate.

“There’s not much for him to fall back on now that the confidence in his collective appeal is beginning to collapse,” noted commentator Ben Mathis-Lilley.

“A lot of Democrats, their main issue is they want someone who can beat Trump,” University of Iowa political scientist Timothy Hagle told The New York Post.

But with Biden (above) even more glaringly implicated in the Ukraine mess than the president, Democratic voters “thought (Ukraine) was a weakness in the general election that Trump could go after,” Hagle told reporter Ebony Bowden.

As the campaign moves to the Palmetto State, can Biden still bank on the black support that has buttressed his heretofore strong national polling?

Maybe … but maybe not.

“There’s blood in the water,” Quentin James, executive director of a pro-black political action committee told Politico. “Black voters are starting to leave him now … A big reason lots of black voters were with Biden is they thought he was the best person to beat Trump. And they thought one reason for that is that he had the support of white voters. Now they see he has done so poorly with white voters and he no longer looks like the electability candidate.”

Wait … so all this time black Democrats were taking their cues on electability from white Democrats? Hmmmm …. we thought Biden was popular with black voters because of his close ties to former U.S. president Barack Obama?

Lots to unpack there …

We do agree with James that Biden’s black support will be tested in South Carolina by Steyer – who has made “black outreach” a centerpiece of his “First in the South” strategy (ahem).

“This race is wide open,” Steyer campaign manager Heather Hargreaves said in a release following the New Hampshire results. “As we head into Nevada and South Carolina, we’re preparing for a brand new contest with a diverse electorate that sees Tom Steyer firmly in the top tier.”

Biden wasn’t the only Democrat to limp out of New Hampshire, though …

“Elizabeth Warren … is toast,” opined Jim Geraghty for National Review. “Or like a character in an M. Night Shyamalan movie, she’s already gone, and is walking around not knowing yet.”

Indeed, the only thing really helping Warren right now is the fact that her spectacular collapse was only modestly less jaw-dropping than Biden’s.

But that is obviously no basis for sustaining a credible candidacy … and our guess is Warren will be further marginalized following the “First in the South” primary when the impact of another liberal billionaire, Michael Bloomberg, begins to be felt more fully.

So it all boils down to this: Can Biden bounce back in South Carolina? The state has long been regarded as his “firewall,” but this conventional wisdom is taking on water in the aftermath of his disastrous fourth-place finish in Iowa and calamitous fifth-place finish in New Hampshire.

All of a sudden, Biden has zero margin for error in a state he was supposed to win by double digits … without breaking a sweat.

Which reminds us … what we initially regarded as fringe movement of conservative Republicans looking to cross over and vote for Sanders in South Carolina (where the SCGOP cancelled its 2020 primary) could actually wind up having an impact on the race.

Stay tuned … South Carolina’s “First in the South” presidential primary is about to get very interesting.