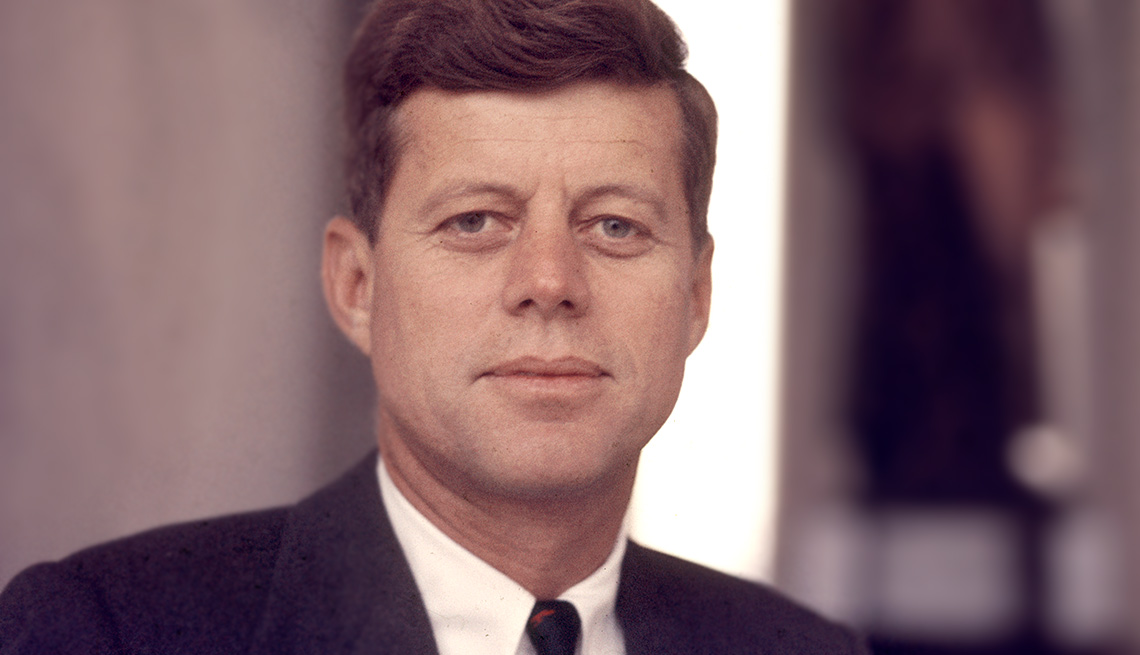 This news outlet gave up on the GOP years ago. The so-called party of less government and more individual/ economic freedom has made it abundantly clear to us through the actions of leaders at the local, state and federal level that it stands for more government and less freedom.

Even U.S. president Donald Trump – whose 2016 bid we endorsed as a rebuke of the Republican establishment – has become a backer of obscenely big government.

While there are obviously exceptions to the rule and nuances to the theory, the simplistic version of our “evolved” political calculus as we head into 2020 goes something like this: Republicans have become Democrats, and Democrats have become socialists.

And Trump? Fiscally speaking, he has sadly become a Republican – one of the many GOP politicians whose fiscal profligacy caused us to abandon party in the first place.

For those of us who believe in freedom and free markets (and there are more of us than you might think), there is absolutely nowhere for us to turn in today’s electoral environment. At a time when our “leaders” in Washington, D.C. desperately need to be coming together in the name of common sense solutions – there is no common sense to be found. Instead, we are subjected to a dumbed-down, hyper-partisan charade in which nothing is accomplished but the escalation of divisiveness and the further erosion of whatever is left of the truth.

And that was before the latest impeachment drama …

Typically, this news outlet tends to focus its ire on Republicans who pretend to be what they are not … (i.e. swamp drainers, budget balancers, middle class tax cutters, Obamacare repealers, etc.). We assail the GOP thusly because we believe Democrats – while clearly dishonest in their tactics (and hypocritical in the underlying justifications for their increasingly left-leaning policy positions) – are at least honest about what it is they are trying to accomplish in seeking control of government.

From time-to-time, though, it is important for us to take a break from bashing the hypocritical fiscal liberalism of the GOP and focus on just how far Democrats have strayed from the stated ideals of their party – particularly the equality, opportunity and justice they claim to support.

Last week marked the 56th anniversary of the assassination of U.S president John F. Kennedy – a.k.a. the day the “deep state” cemented its grip on this nation by savagely murdering its own leader in broad daylight on the streets of Dallas, Texas. This is not a conspiracy theory post, though. We are not trying to shoot down black helicopters, identify secret assassins or track the trajectories of “magic” bullets.

That is not the focus of today’s lesson …

For decades, Kennedy has been the gold standard for aspiring Democratic politicians (and for a few aspiring Republican politicians, too). But while one or two Democratic presidents in the intervening years have managed to capture some of Kennedy’s eloquence and charisma – they have charted courses for America that have veered it further and further away from the common sense fiscal markers Kennedy laid down during his brief time in the White House.

And the current 2020 Democratic field? It seeks to take these failed approaches and triple down on them – creating a party Kennedy would find unrecognizable.

This news outlet has covered Kennedy’s fiscal conservatism in the past, noting how he aggressively championed tax relief “for all income earners.” Kennedy’s tax cuts – enacted after his death – were effective, too, creating 13 million new jobs and achieving economic growth of 48 percent over eight years, according to economist Brian Domitrovic.

They were also rooted in sound economic theory …

“The most direct and significant kind of federal action aiding economic growth is to make possible an increase in private consumption and investment demand–to cut the fetters which hold back private spending,” Kennedy said in a December 1962 speech to the Economic Club of New York. “The final and best means of strengthening demand among consumers and business is to reduce the burden on private income and the deterrents to private initiative which are imposed by our present tax system; and this administration pledged itself last summer to an across-the-board, top-to-bottom cut in personal and corporate income taxes to be enacted and become effective in 1963.”

In fact, in the same speech Kennedy expressly rebuked the notion that government growth was the key to expanding prosperity.

“To increase demand and lift the economy, the federal government’s most useful role is not to rush into a program of excessive increases in public expenditures, but to expand the incentives and opportunities for private expenditures,” he said.

In another speech to the U.S. Congress eleven months before he died, Kennedy explicitly referred to the punitively high tax rates subsidizing unruly government growth as an “unrealistically heavy drag … on private purchasing power, initiative, and incentive.”

In other words, not only did Kennedy successfully advance pro-growth economic policies, but he advanced them for the right reasons … intuitively understanding the underlying economic forces and how government could act in such a way as to either spark or snuff out the flame of American industry and ingenuity.

Needless to say, such awareness is totally lost on today’s Democratic party – which seems hellbent on destroying the forces that create prosperity and opportunity.

But even that is not the focus of today’s lesson …

On the day he was killed, Kennedy was traveling to the Dallas Trade Mart to deliver the first of two big speeches scheduled for that afternoon and evening. The first speech is well-known – made famous by its hauntingly undelivered closing line about America’s place in the world and the moral authority underpinning it.

“We in this country, in this generation, are – by destiny rather than choice – the watchmen on the walls of world freedom,” Kennedy was to have told his audience, according to his prepared remarks. “We ask, therefore, that we may be worthy of our power and responsibility, that we may exercise our strength with wisdom and restraint, and that we may achieve in our time and for all time the ancient vision of ‘peace on earth, good will toward men.’ That must always be our goal, and the righteousness of our cause must always underlie our strength. For as was written long ago: ‘except the Lord keep the city, the watchman waketh but in vain.'”

Does the Lord still keep our city?

Hell, are Democrats even allowed to invoke his name?

In his other undelivered speech on that fateful fall day, Kennedy was scheduled to address the Texas Democratic State Committee – a partisan audience if ever there one was. Though less celebrated than his undelivered Trade Mart remarks, that speech was to have closed with some language that we believe Americans of all political persuasions desperately need to hear right now.

For this country is moving and it must not stop. It cannot stop. For this is a time for courage and a time for challenge. Neither conformity nor complacency will do. Neither the fanatics nor the faint-hearted are needed. And our duty as a party is not to our party alone, but to the Nation, and, indeed, to all mankind. Our duty is not merely the preservation of political power but the preservation of peace and freedom.

So let us not be petty when our cause is so great. Let us not quarrel amongst ourselves when our Nation’s future is at stake. Let us stand together with renewed confidence in our cause – united in our heritage of the past and our hopes for the future – and determined that this land we love shall lead all mankind into new frontiers of peace and abundance.

Once again … can you imagine a Democratic (or for that matter a Republican) leader saying anything resembling something like that in today’s political climate?

Especially in remarks made before a partisan audience?

People in politics simply do not think that way today.

Parties now exist exclusively for the “preservation of political power,” which is why we have two ideologically bankrupt factions screaming at each other over manufactured arguments taking place at the margins (and at the expense) of the real debate – which is not happening and never will happen so long as there is no one in our nation’s capital arguing on behalf of the best interests of its increasingly divided people.

There is no representation, only exploitation … of resources and allegiances.

All while our divided citizenry becomes increasingly conditioned toward contempt of those with different beliefs.

Washington, D.C. has devolved into nothing but partisan grappling over control of the spigot – a one-way ratchet which spews out ever-larger gobs of red ink as our nation plunges deeper in debt, dysfunction and decay. Indeed, if control of that spigot is the only objective of (which it is) … then it doesn’t matter which party is in control. Because neither party will ever use its power in pursuit of Kennedy’s ideals – instead its leaders will seek only the continued accumulation of more power for all the wrong reasons.

Our nation has fulfilled the prophecy of absolute power corrupting absolutely, all while embarking upon an unsustainable and seemingly irreversible trajectory based upon repeatedly rebuked and definitively debunked ideologies and economic theories.

How do we reverse this trajectory?

It may not be possible … but a good start might be to remember the words of leaders of both parties who offered another approach, a nonpartisan, forward-thinking, authentically inclusive and genuinely altruistic approach rooted in common sense and moored to an unassailable, unchanging morality.

Kennedy offered just such an approach … even if Democratic partisans (and their rivals) have become blind as to its benefits.

Moment Of Truth For Democrats’ Impeachment Of Donald Trump