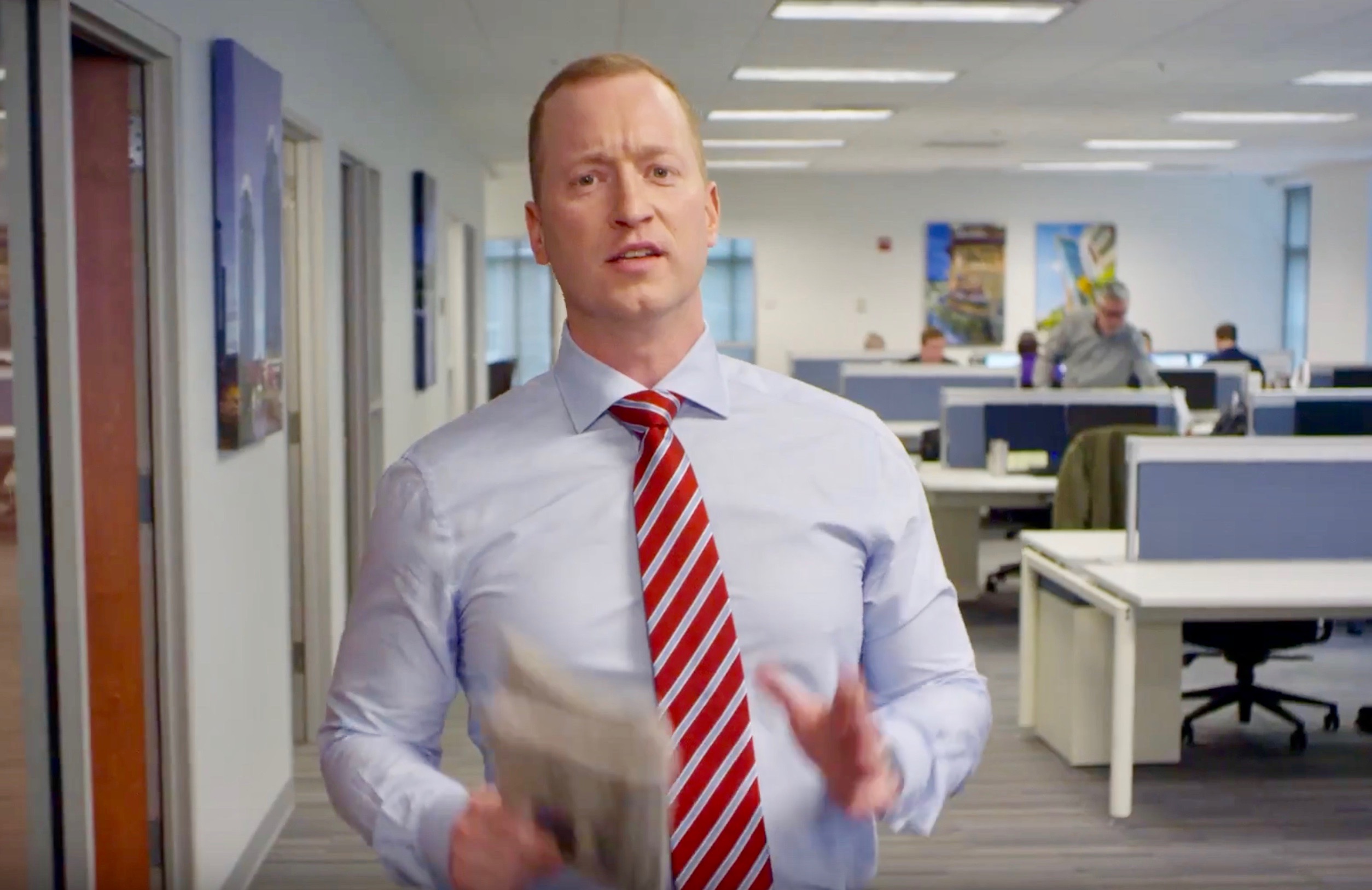 This news site is reticent to offer our imprimatur these days (for reasons we will discuss in a forthcoming endorsement in another election).

The potential for disappointment is simply too high …

In the GOP race for governor of South Carolina, however, it is necessary for us to go on the record.  Why? Because the choice confronting the Palmetto State is that clear.

The battle between incumbent “Republican” Henry McMaster and Upstate businessman John Warren has been framed in many ways by many people.  McMasters backers would have you believe it’s about experience versus youth.  Optimism versus pessimism. And yes, Trump versus not.

Warren supporters argue it is about competence versus corruption.  Character versus a caricature.

In reality, though, the choice boils down to this: Certainty versus promise.

In other words, we can give four years in office to a career politician we know will bend over for the state’s irredeemably corrupt, hopelessly liberal, chronically ineffectual state legislature … or we can vote for a guy who has promised to stand up to them.

We can give four years in office to a career politician we know will govern as a fiscal liberal … or one who has promised to protect taxpayers.

We can give four years in office to a career politician we know will continue using your tax money to pick winners and losers in the economy  … or one who has vowed to defend the small businesses getting squeezed out by these crony capitalist deals. 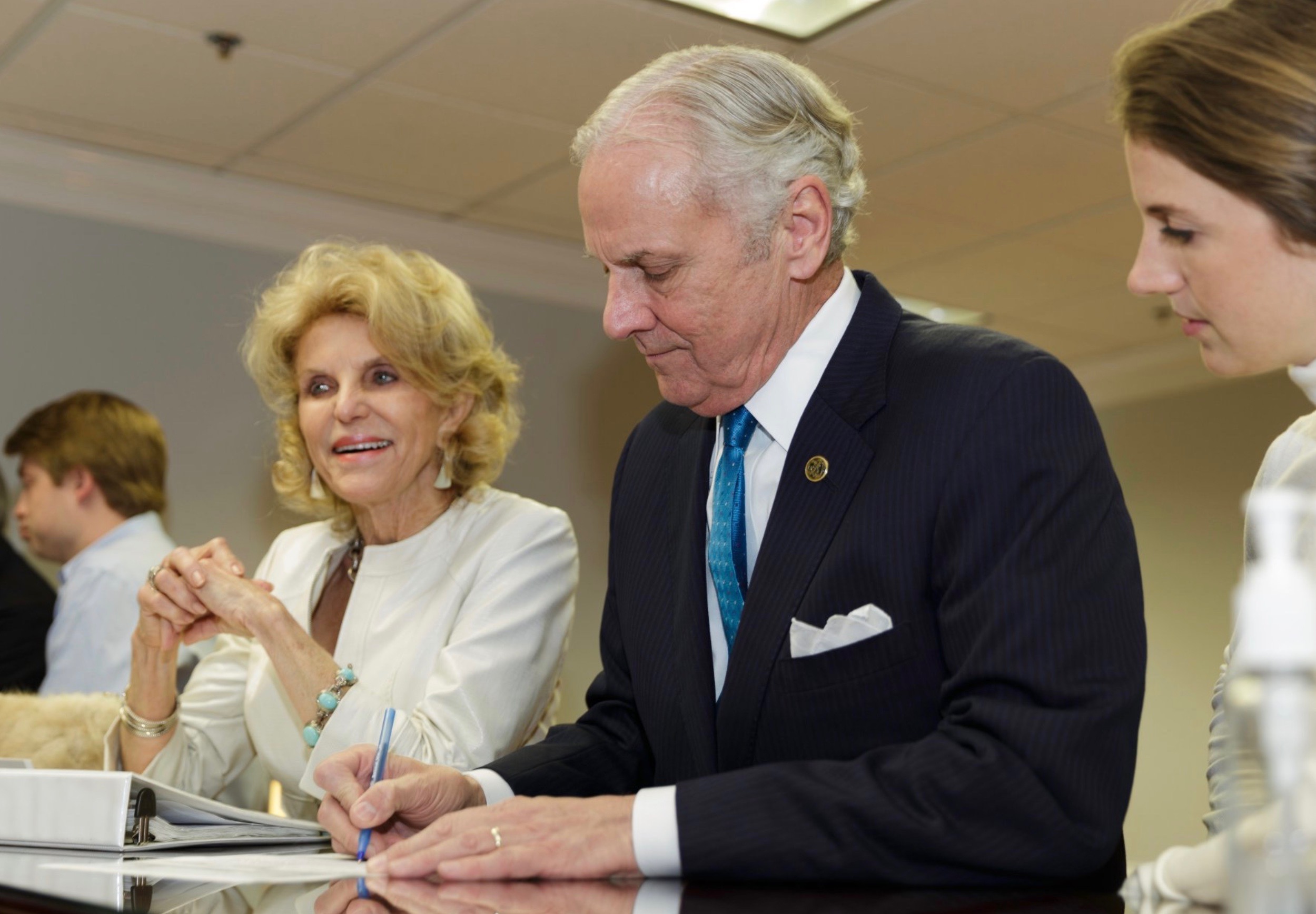 And finally, for those who care about the politics of the race, it boils down thusly: “Republicans” can give their nomination to a candidate who is going to struggle mightily against Democratic nominee James Smith … or they can back someone who should easily defeat Smith in November.

We don’t care about the politics of the race, though, we care about outcomes for our state … and the only chance we have to improve these outcomes is to try something new.  Now.

The gamble may not work (ahem, Nikki Haley) … but rolling the dice and betting on Warren is a far more appealing proposition to us than the guaranteed failure our state will experience if McMaster is allowed to embark upon the next phase of his “ten-year reign.”

Here is the inconvenient truth confronting South Carolina as it prepares to close the book on the second decade of the new millennium: We are not winning.

Economically, fiscally, educationally and with regards to infrastructure, public safety and other core functions of government … we are losing.

Under the fiscally liberal, crony capitalist McMaster administration, the most important outcomes for South Carolina are deteriorating.  Not only that, they are deteriorating at a time when state government is spending record sums of money (a torrent of wasteful spending McMaster has done absolutely nothing to stop).

“More money, more problems.”  Exactly what you would expect from a career politician, right?

And while McMaster doesn’t bear quite the same level of blame for this as leading state lawmakers, his ongoing accommodation of them (and their endorsement of his candidacy) tells you all you need to know about his “leadership.”

Need more evidence?  Take a look at McMaster’s cabinet – which is an unmitigated disaster.  In fact while the governor has been off campaigning, his core public safety agencies have continued to implode.

No wonder he hasn’t run on his record, but rather on attacking his rivals (with Democratic money, it’s worth noting).

Everything about McMaster is recycled.  Dated.  Old.  Tired.  Down to his 1990s suits.  Or his membership in a “whites only” country club.

“I know Donald Trump, he’s a friend of mine, you’re a good man but you are not Donald Trump.” 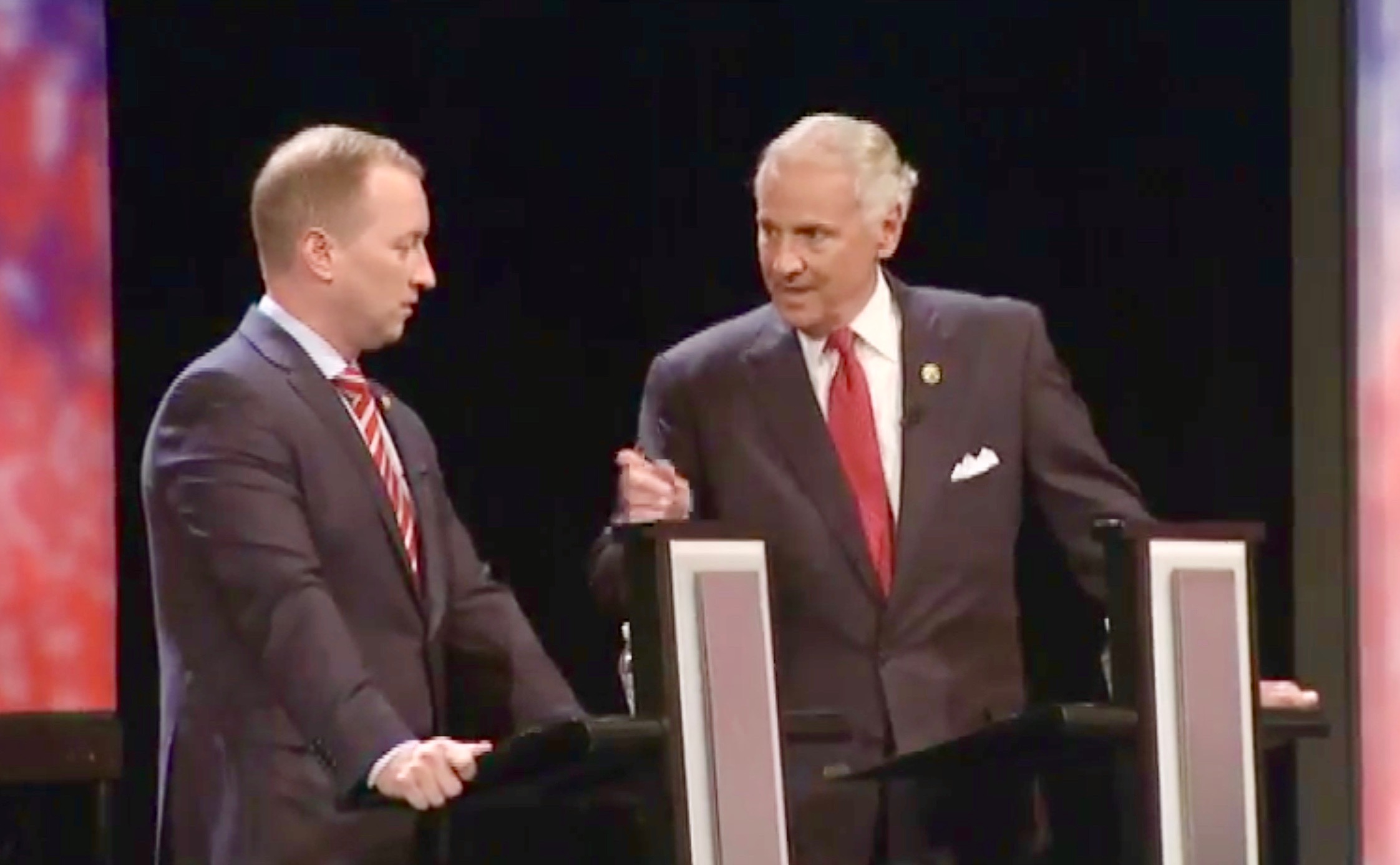 First of all, we hate to break it to Foghorn Guvnah, but U.S. president Donald Trump hasn’t been “Donald Trump,” either … at all.

Sadly, most of McMaster’s governing philosophy has been ripped off from Democrats, too.  Unlike them, though, he’s dishonest about his ideological moorings.

McMaster pretends to govern as a conservative, yet always does so with a wink and a nod to his liberal cronies in the legislative.  Take his “veto” of the 2017 gas tax – which this news site has repeatedly exposed as nothing but a charade.  Or consider the pension fund “reforms” he proposed last summer – after signing an $826 million annual tax hike that propped up this abysmally managed fund.

Not surprisingly, those reforms went nowhere (McMaster had already given them your money).

Is that “winning?”  Not for taxpayers …

Also, McMaster’s oft-boasted proximity to Trump – which we will see on display next week in a last-ditch bid to rescue his flailing candidacy – has simply has not produced the desired results for the Palmetto State.

It didn’t help us in the tariff war, it didn’t get us federal loan guarantees for the V.C. Summer nuclear project (a.k.a. #NukeGate) nor did it keep the federal government from shuttering (or attempting to shutter) the mixed oxide fuel program at the Savannah River Site near Aiken, S.C.

To be clear: The Trump administration was (is) correct on all three of those issues, but still … it has become abundantly clear McMaster has no real juice with the White House.  Basically, he’s a puppet … a pom-pom-carrying cheerleader Trump can use to keep the Palmetto State’s GOP establishment in lockstep ahead of the 2020 “First in the South” presidential primary.

So .. what about Warren? 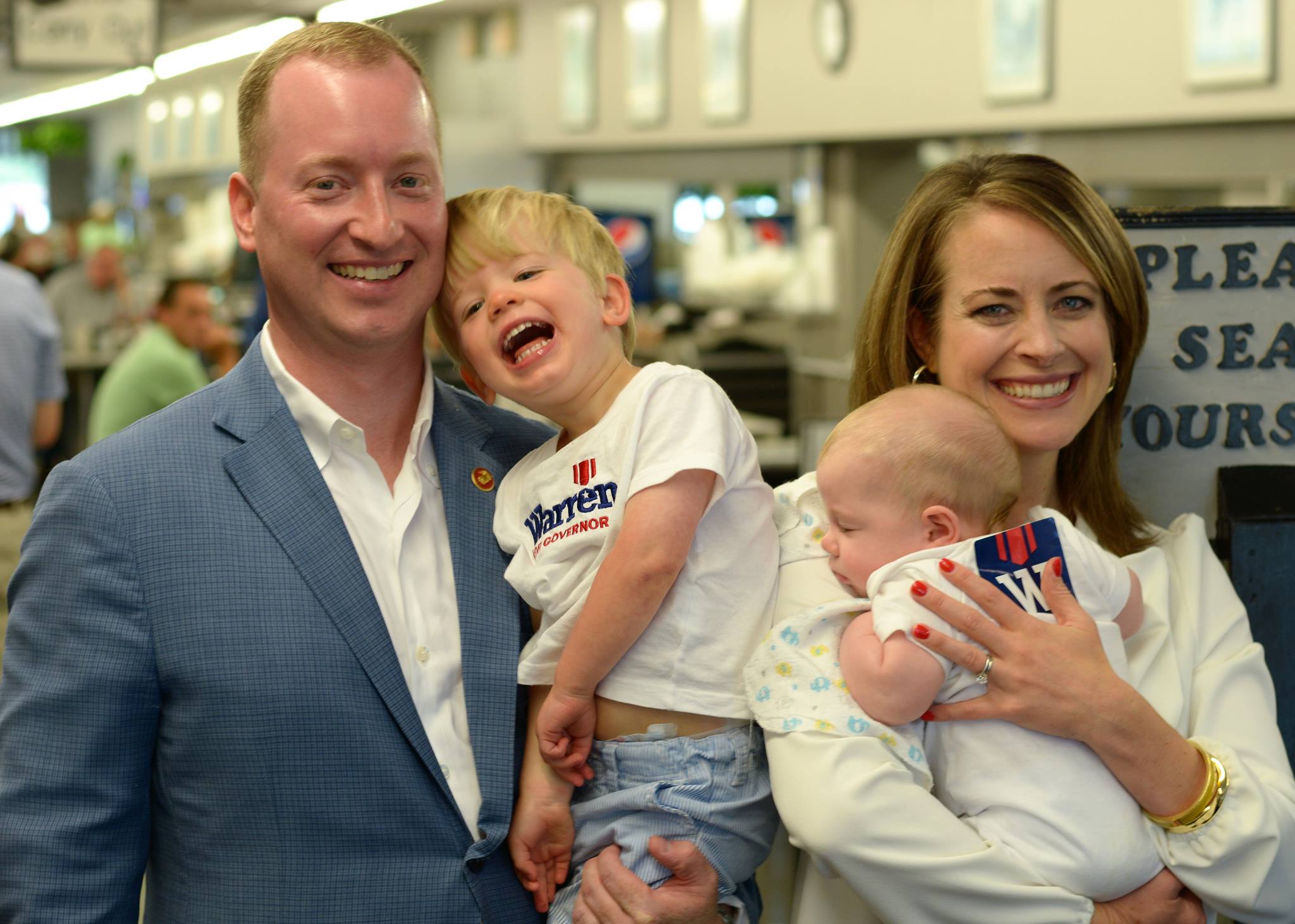 The Marine-turned-millionaire obviously has military and business bona fides, but we don’t care as much about those things as some voters do.  We care about the “core competencies” Warren often speaks of on the campaign trail – and what he is going to do to see them implemented.

While it’s true Warren lacks political experience, he has already figured out that the only way to change Columbia is to change the legislature – a campaign he has vowed to undertake with the precision of a combat commander and the energy and aggressiveness of a 39-year-old who built a successful business out of nothing.

In other words Warren’s military and business records aren’t ends in and of themselves … they are means to the end.

Which is a righteous rebuke of the culture of waste, corruption an inefficiency in Columbia.

“What I will do is I will systematically target every state (representative) and every state senator who does not want to go along with the conservative reform agenda,” Warren told a group of GOP activists in Aiken County last month, according to The Aiken Standard. “I will recruit quality candidates to run against them.  I will help them get financing, and I will campaign with them, and that way we will change the entire makeup of the legislature.”

It’s about damn time someone understood this dynamic … and undertook a campaign to pull it off.

During last night’s debate in Newberry, S.C., Warren doubled down on this promise, vowing to take on uber-liberal “Republican” Senate leader (and McMaster backer) Hugh Leatherman – the undisputed despot of our modern-day legislative state.

McMaster has chided Warren for adopting a “bullying” approach, arguing it is “not the way you get things done.”

Had McMaster accomplished anything worthwhile for our state during his year-and-a-half in office, we’d be inclined to give him the benefit of the doubt.  He hasn’t, though.  Things have gotten worse under his reign … and are guaranteed to get deteriorate further if he is allowed another four years of guffawing, glad-handing and giving away your tax dollars.

The choice for “Republican” voters next Tuesday is a no-brainer: Give John Warren a chance to lay siege to the status quo in Columbia.  Don’t give McMaster four years to waste more of your money and more of our state’s promise.