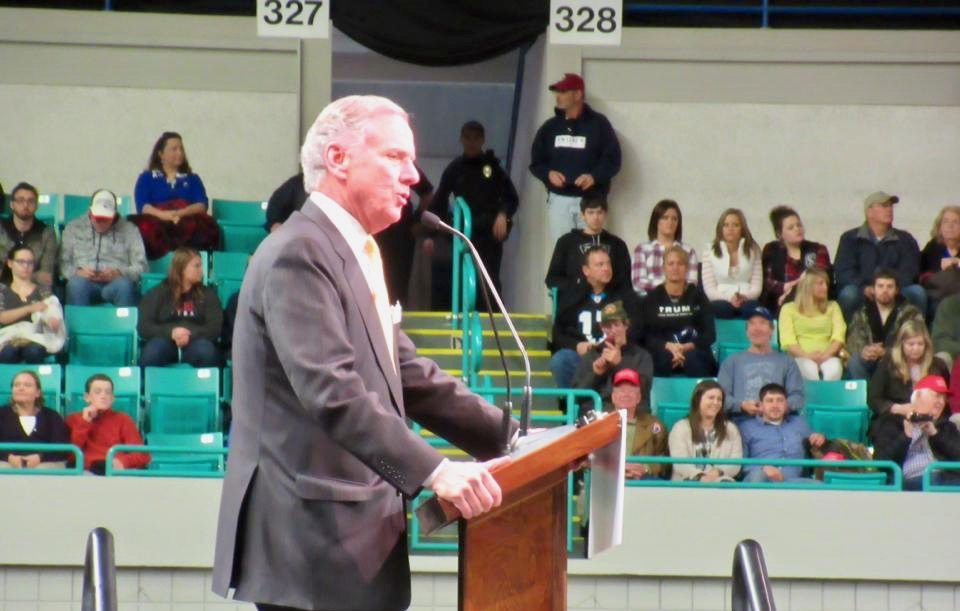 A DECADE OF “FOGHORN GOVERNOR?”

S.C. lieutenant governor Henry McMaster hasn’t taken the reins of the Palmetto State’s modestly-empowered governor’s office from Nikki Haley yet … but when he does, he’s planning to hold onto them for as long as he possibly can.

The 69-year-old Republican politician is in line to become South Carolina’s 117th governor – just as soon as Haley is confirmed as the next American ambassador to the United Nations.

In fact Haley’s appointment to this post – despite her lack of experience – is viewed as a sop to McMaster from U.S. president-elect Donald Trump, who received McMaster’s endorsement just prior to the 2016 “First in the South” presidential primary (news of which broke exclusively here on FITSNews).

McMaster – a glad-handing, guffawing good ol’ boy known around the S.C. State House as “Foghorn Governor” – had already planned on running for governor in 2018.  Now he is likely to mount such a campaign as an incumbent – perhaps even as an unchallenged incumbent.

According to our sources, McMaster envisions himself as being governor of South Carolina for the next decade.  To wit: At several recent private meetings he has reportedly been correcting multiple well-wishers who have offered him their support over the next two years (i.e. the unexpired portion of Haley’s second term in office).

“No – the next ten years,” McMaster has said, clarifying his intentions.

That’s evidence McMaster sees himself seeking – and winning – two terms as governor in his own right, one in 2018 and another in 2022.

This website has been critical of McMaster in the past – and we have some serious reservations as to his gravitas and his ideological moorings (to the extent he has any).

“We’re not expecting much from McMaster in the way of results-driven reform … but we’re going to keep an open mind as to his incoming administration,” we wrote back in November.

Everyone deserves a chance, right?  Sure.  Which is why we think McMaster should be allowed to start his administration with a blank slate.

Just don’t expect it to stay blank for long …

McMaster’s first two challenges?  Navigating a contentious debate over tax hikes proposed by GOP leaders in the S.C. General Assembly – and dealing with the likely fallout from an ongoing anti-corruption investigation that has ensnared several of his closest political allies.

That investigation may have exposed him to some vulnerability, too … and McMaster hasn’t helped himself by standing behind those in the firing line.

Bottom line?  “Foghorn Governor” may see himself as governor of South Carolina for the next ten years – and he’s certainly being given every opportunity to make that happen – but there are some serious hurdles for him to clear first.