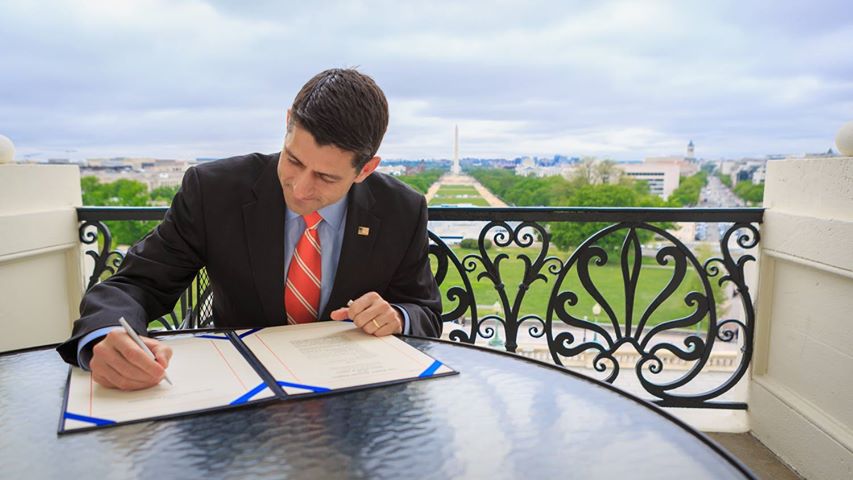 GOP ESTABLISHMENT PLOTS ITS COURSE … WITHOUT A BASE

As we noted earlier this week, U.S. Speaker of the House Paul Ryan has decided to disavow 2016 GOP presidential nominee Donald Trump.

Either that or he just wants to keep the gravy train rolling … and the weapons flowing.  And the economy, um … the economy … um … “hmmmm-ing” along.

Establishment “Republicans” tried to get Ryan to jump into the presidential race back in the spring when it became clear Trump was on track to capture the party’s presidential nomination.

We objected to those machinations every bit as vociferously as we did to Ryan’s successful candidacy for speaker.

“Ryan is a tool of the status quo … which is why the Washington, D.C. power brokers bankrupting our country are now pushing him,” we wrote at the time.

The 2012 vice presidential nominee declined to run, though …

At this point it’s clear he had other plans … like helping Clinton win the White House this fall so he can run for president in 2020 (perhaps with S.C. governor Nikki Haley as his running mate).

Far-fetched?  No.  The alternative is what’s far-fetched.

After all, Ryan and liberal “Republican” Senate leader Mitch McConnell were the ones who chose Haley to deliver the 2016 GOP response to Barack Obama‘s final “State of the Union” address.  Her speech turned out to be more of a response to Trump, though.  Specifically, it was a call for angry GOP voters to simmer down (prompting a furious backlash against Haley from the county’s conservative base).

In fact just this month she was given a “D” grade from the Cato Institute for her left-of-center fiscal policies.

Ryan isn’t a conservative either, though.  Just as we predicted he would, Ryan immediately caved to the special interests in Washington after receiving the speaker’s gavel from uber-liberal John Boehner (see here and here).

The GOP’s new boss?  Same as the old boss.

Here’s our question for Ryan and Haley, though: What now?

Despite Trump’s solid performance in the second presidential debate earlier this week, it’s looking increasingly as though he will in fact lose the presidential election in November.  In the event that happens, do Ryan and Haley really believe GOP voters are going to forget their fiscal liberalism and rally around this “prom king and queen” ticket in 2020?

Put another way, does the GOP establishment – which did everything in its power to sabotage its own nominating process – really think it is going to get Trump’s voters back?

Or Ron Paul‘s voters, for that matter?

As we noted in a recent post, Trump’s meteoric rise last year exposed the GOP for exactly what it is: The “other” special-interest-owned party of big government.   His fall?  Well, that could finish “Republicans” off once and for all.

Which is just fine by us …