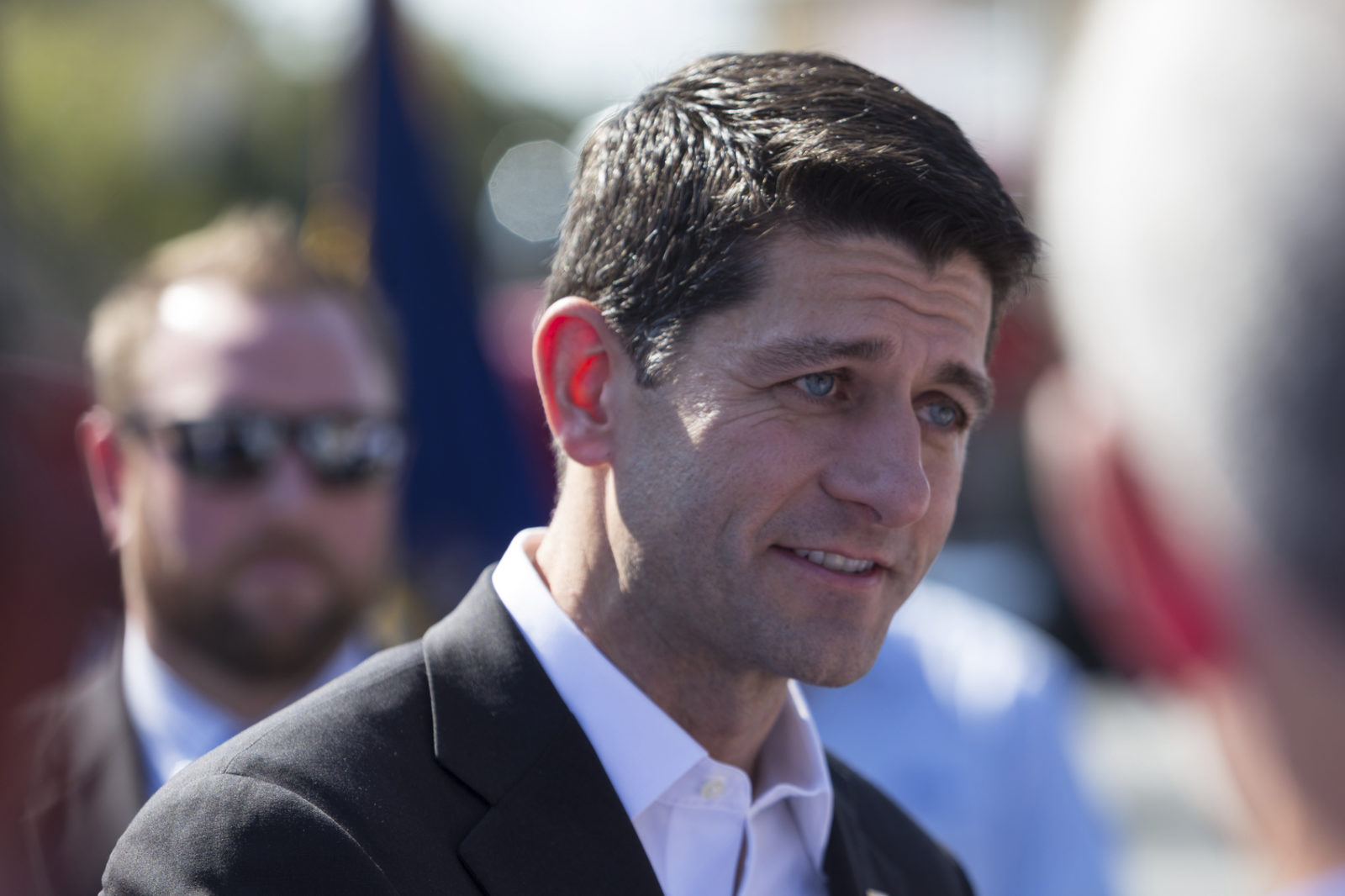 Among them?  Liberal U.S. Speaker of the House Paul Ryan, who told GOP lawmakers he would neither defend Trump nor campaign with him in the four weeks remaining prior to Election Day.

“The speaker is going to spend the next month focused entirely on protecting our congressional majorities,” Ryan’s spokeswoman told Politico.

You know … because those majorities have been, um, so effective.

Ryan also told his colleagues that if Clinton were to win the White House in November, “Republicans” could not afford to give her a blank check.

We’d love for Ryan to point to something – anything – over the last six years of “Republican” rule in the U.S. House that didn’t involve the GOP giving a blank check to president Barack Obama.

Because we’re betting he can’t …

“Mr. Trump’s campaign has always been powered by a grassroots movement, not Washington,” a Trump spokesman tweeted.

While the rebuke of Ryan and other “Republican” insiders is unlikely to hurt Trump at the polls (the #NeverTrump movement has permanently lost the GOP base), that doesn’t mean he is going to win.

Trump has hurt himself … badly, repeatedly.  “Bigly” even.  And has no one to blame for the damage but himself.

Luckily for him, though, he’s running against arguably the most corrupt, elitist, establishment politician on the planet.

Paul Ryan should spend more time on balancing the budget, jobs and illegal immigration and not waste his time on fighting Republican nominee