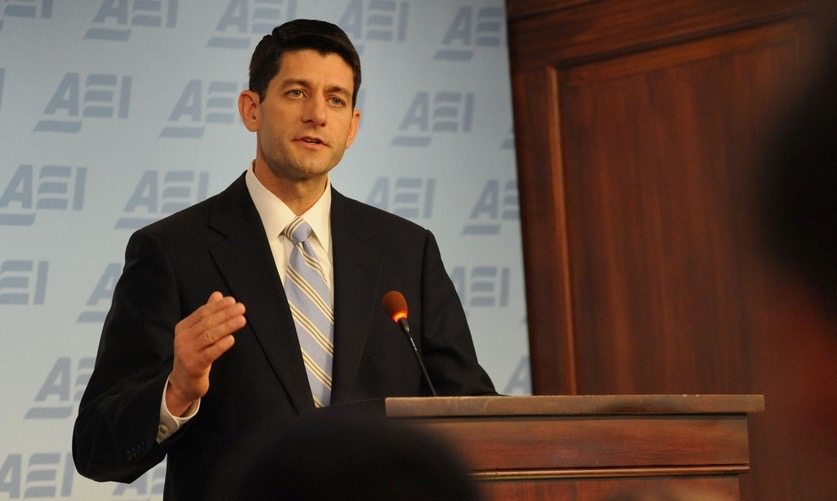 A movement in Washington, D.C. is underway to replace one establishment “Republican” with another … again.

The first part of that plan fell apart in spectacular fashion this week … and is continuing to unravel as we speak.

McCarthy abruptly removed his name from consideration on Thursday … apparently with good reason.

Ryan is an “Obamatrade” champion – among a host of other anti-freedom, anti-free market positions.

Championing the “Draft Ryan” movement?  The status quo editorial board of The Wall Street Journal, which referred to lawmakers who support pro-freedom, pro-free market positions as “refuseniks.”

That may be a nifty turn of phrase, but given the deficit and entitlement specters hanging over the head of the Republic … Washington, D.C. could learn a thing or two from those “refuseniks.”  Of course that would require listening to them as opposed to mocking them (as the Romney-Ryan ticket did in 2012).

“The rebels don’t have nearly enough support to stand up their own man, but they can blow up all House business and decapitate the leadership of their own party,” the board wrote. “The danger is that having deposed Mr. Boehner and now Mr. McCarthy, they will refuse to back anyone who won’t meet their demands.”

Good.  They should refuse.  In fact, taxpayers desperately need them to keep refusing (refuseniking) – starting with the rejection of another status quo candidate for Speaker.

As we’ve pointed out on several occasions over the years, Ryan is no stranger to the sort of fiscally reckless budgets that are perpetuating the D.C. disaster.  He had a chance to chart the GOP “majority” back to common sense after it came to power in the House in 2011 –  and he failed.

“Rather than cutting a federal government which continues to pile hundreds of billions in deficit spending atop its $16.6 trillion mountain of debt, Ryan’s plan would expand it by nearly 3.5 percent each year,” we wrote two years ago.

When was the last time the economy grew by 3.5 percent?  Yeah … it hasn’t even eclipsed the three percent threshold in a decade.

Ryan is also on the wrong side of the illegal immigration issue – which is dominating the discussion on the 2016 presidential trail.  In fact U.S. Rep. Luis Gutierrez of Illinois – the nation’s preeminent open borders advocate – is backing Ryan.

Need more?  Ryan was one of the status quo “Republicans” who pushed former president George W. Bush’s bailouts – and he’s on the wrong side of the debate over the crony capitalist U.S. Export-Import Bank.  No wonder liberal “Republicans” like Tom Cole of Oklahoma are rallying to support him.

As of this writing, Ryan is not a candidate for Speaker.  In fact in the immediate aftermath of McCarthy’s dramatic collapse he definitively stated that he would not run.  But lawmakers are already starting to refer to his candidacy in a “when, not if” proposition.

As we’ve noted from the beginning of this drama, “the U.S. Congress cannot have yet another ‘meet the new boss, same as the old boss’ moment.”

“Either it radically reinvents itself and starts representing its citizens again, or the Republic dies,” we wrote.

On that score, Paul Ryan is not a radical reinvention.  Nor is he even representative of a modest recalibration.  He is more of the same.  And that is simply unacceptable given the dire straights in which this nation finds itself.

If that makes us “refuseniks,” so be it …