WILL LAWMAKERS EXPLOIT IT?

Having flopped spectacularly on the national stage (and having capably assisted in the implosion of the GOP establishment’s 2016 presidential candidate of choice) S.C. governor Nikki Haley has turned her attention back to her home state in recent weeks.

Haley is pushing state lawmakers hard in the hopes of achieving political “victories” on infrastructure funding and ethics reform – two issues where she is badly compromised.  She’s also looking to leverage big, out-of-state money against South Carolina lawmakers who stand in the way of her efforts to take credit for these middling “victories.”

Will Haley succeed?  That remains to be seen …

What also remains to be seen?  Whether the governor’s legislative antagonists will be smart enough to seize on an issue that could dramatically undercut her ability to … well … undercut them.

We’re referring, of course, to the refugee resettlement issue … which has been a major thorn in Haley’s side ever since we started exposing it over a year ago.

To briefly recap: Haley’s scandal-scarred S.C. Department of Social Services (SCDSS) has been subsidizing these controversial “faith-based” resettlements even though it was expressly enjoined from doing so by state lawmakers.

How does that work?

That’s why Haley is being sued for funding these programs, which are nothing but taxpayer-subsidized fronts for liberal open borders organizations like the National Immigration Forum – which has received funding from organizations affiliated with billionaire liberal financier George Soros. 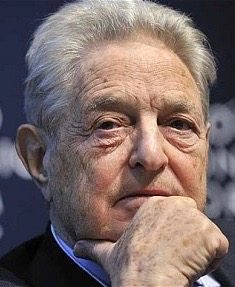 We’ve consistently argued against these resettlements – not just from a political or national security perspective, but because they impose immediate and long-term financial obligations on South Carolina taxpayers (which our dirt poor state simply cannot afford to assume).

That hasn’t stopped Haley, though … the only question is whether her advocacy will come back to bite her as she wages a new war against lawmakers.

While some lawmakers are trying to block funding for these programs in the budget, another effort is underway to impose some accountability over the refugees allowed to enter our state.  That legislation – S. 997, sponsored by S.C. Senator Kevin Bryant – would create a registry of refugees and require the organizations facilitating their resettlement to assume civil liability for any violent crimes they may commit.

Not surprisingly, the liberal media is apoplectic.

“South Carolina’s bill could set a unique and dangerous precedent,” a pair of refugee supporters wrote this week in The Washington Post.  “If South Carolina passes this disastrous legislation, it risks not only endangering those seeking refuge on our shores and tarnishing our country’s proud tradition of assisting those forced to flee their homes, but also jeopardizing the promise of religious freedom that is the core of American civic life.”

The column also blasted those supporting the bill as “those who peddle in bigotry and fear.”

Our government is obligated to protect our citizens, not expose them to unnecessary safety risks and unnecessary expenses.

Which side of this fight will Haley land on?  Good question … and we may have an answer to it soon.

Last month, the S.C. Senate passed Bryant’s bill by a compelling 39-6 margin – sending it over to the S.C. House of Representatives.  Assuming the House passes it, the legislation would then go to Haley’s desk – possibly prompting her veto pen to make a rare appearance.

Assuming that were to happen, Haley would find herself in a doubly-precarious position.  First, her veto would likely be overridden with ease (meaning the bill would become law over her objections).  Second, any lawmaker targeted for defeat by Haley’s out-of-state cash in the upcoming elections would have a ready-made rebuttal to the governor’s opposition.

“It gives any lawmaker she opposes in the primary the opportunity to say she is attacking them because she’s pro-amnesty,” one Palmetto State consultant told us. “It puts her in a box.”

“She is f*cking toast at that point,” one veteran Washington operative familiar with state-level immigration battles told us.

Is Haley foolish enough to fall into this trap?  Don’t look now but she’s pretty much already there …