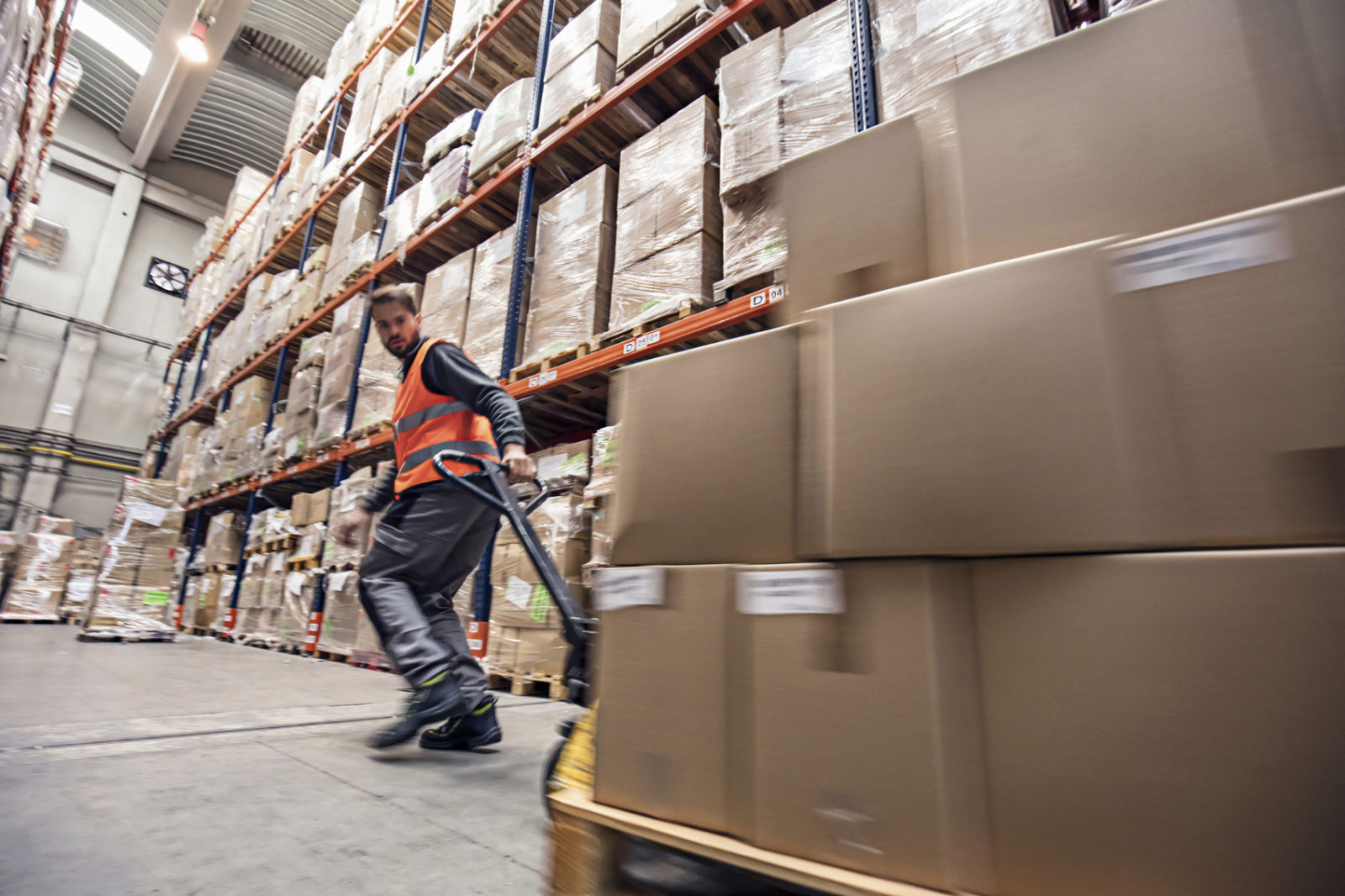 WORRISOME SURGE IN PART-TIMERS, TOO …

The U.S. economy created only 156,000 new jobs during the month of September – below analysts’ expectation of a 175,000 print.  That’s the second straight lackluster monthly reading, and bad news for any presidential candidate running on the economic record of U.S. president Barack Obama.

Here’s a look at the monthly job totals … 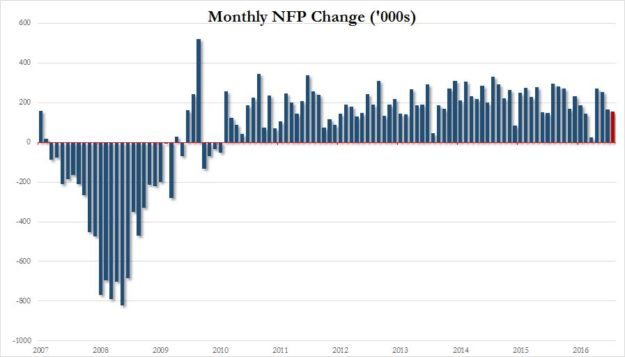 Even more concerning than the noticeable drop-off in job quantity?  The poor quality of the new positions being added.

According to the latest data (.pdf) released by the U.S. Bureau of Labor Statistics, the number of full-time jobs actually declined by 5,000 during the month of September.   Also, the country shed another 13,000 manufacturing positions.

In other words, America’s new jobs are exclusively part-time.

Here’s another scary statistic: The number of Americans holding multiple jobs soared by 301,000 – the fifth-highest monthly spike on record. There are now an estimated 7.8 million Americans holding more than one job – the second-highest total ever recorded. 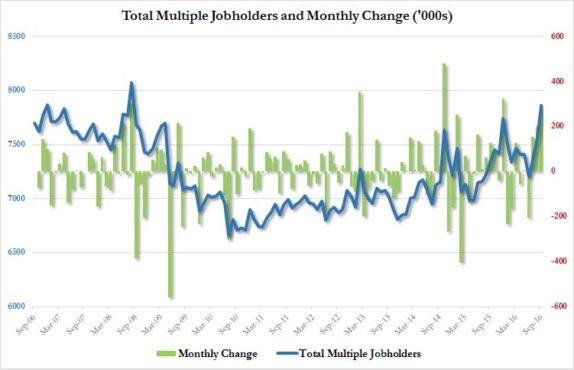 The last time multiple job-holders reached this level?  August 2008 – just before the onset of the Great Recession.

Was there any good news in the latest government report?  A little …

Average weekly earnings ticked up 2.3 percent based on an increase in average hourly wages (up 0.2 percent) and hours worked (up from 34.3 to 34.4).

Also the labor participation rate increased to 62.9 percent as the number of working-age Americans not in the labor force declined by 207,000. 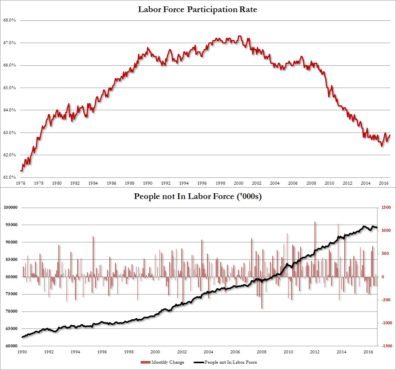 Still, more than 94 million Americans who should be working aren’t – and those who are fortunate enough to find gainful employment are having to settle for lower-paying jobs.

“(The) weak September jobs report confirmed what people feel – that the Clinton-Obama economy is failing them,” a statement from the presidential campaign of Donald Trump noted.  “Americans desperately need more jobs and new economic policies, not the same-old, same-old offered by the Clinton campaign.”