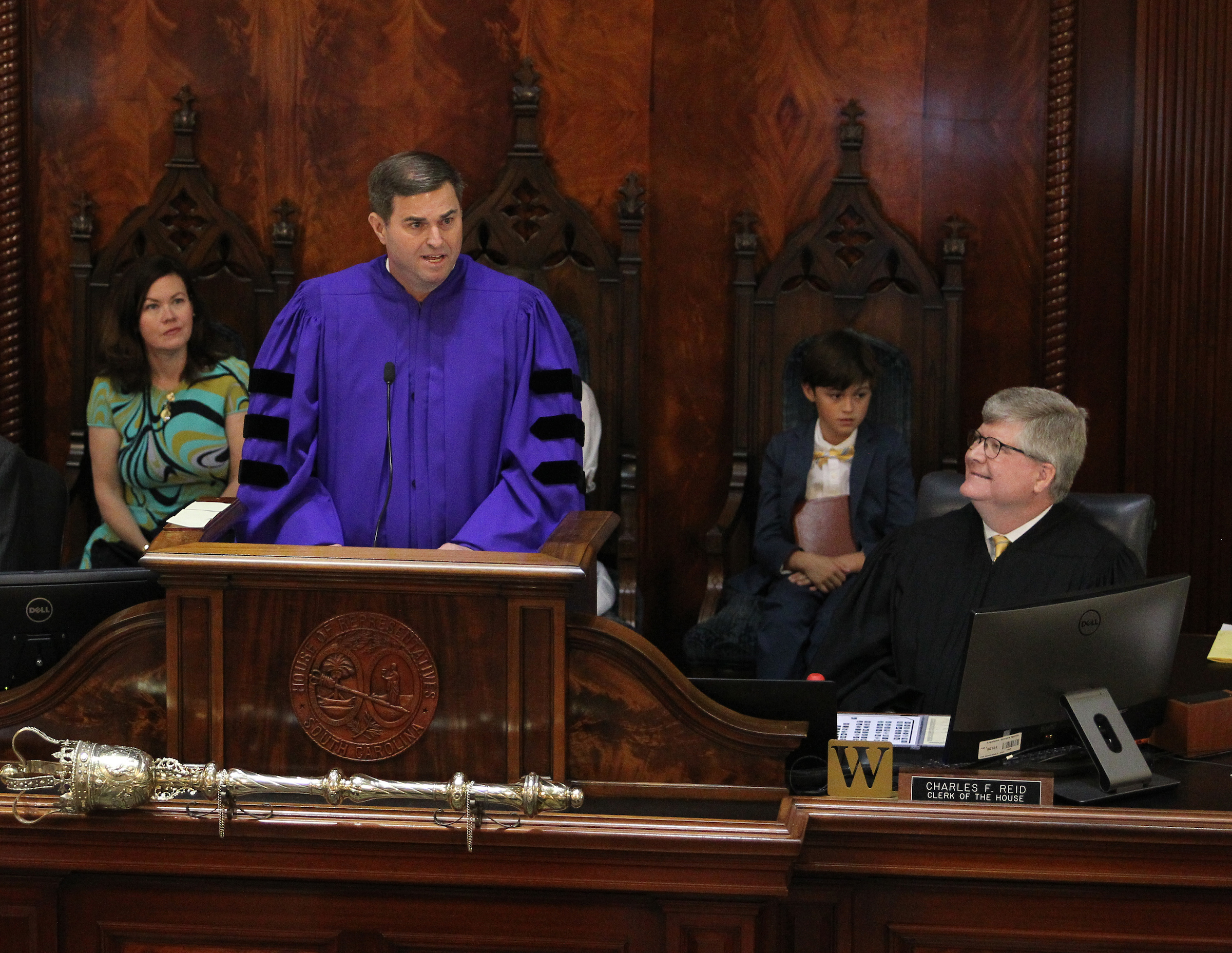 What does it matter to ya? When you got a job to do – you got to do it well. You got to give the other fella hell.”

Those are lyrics from “Live and Let Die,” a song written by Paul McCartney in the early 1970s for the James Bond film of the same name. Or, if you were a kid like me coming up in the early 1990s, it was the third track off of Guns-N-Roses first Use Your Illusion album.

You remember, back when Axl Rose was still in his kilt-wearing phase …

Anyway, the lyrics kind of sum up my approach to covering politics in the Palmetto State … in that I am (far too) frequently called upon to call people out – people whom I consider friends or for whom I have a personal admiration/ affinity.

Outgoing S.C. speaker of the House Jay Lucas is one of those people. I have always liked speaker Lucas, believing him to be genuinely kind, admirable and well-intentioned. As I noted up on the occasion of his impending resignation, though, good people do not always make good government.

In South Carolina, they (and the ill-intentioned people surrounding them) routinely make awful government. While the faces and names of Palmetto State “leaders” have changed, the results remain the same. Except that’s not true. The results have actually gotten worse – and more expensive.

And as far as the last decade is concerned, a big chunk of the blame for that falls on Lucas …

As I noted in previewing the ascension of speaker-elect Murrell Smith to fill this key leadership post, the facts remain much as they did a decade ago: The Palmetto State continues to struggle economically and academically – and when it comes to infrastructure, public safety and a whole host of other critical metrics.

“State government has made a mess of pretty much everything it touches,” I wrote earlier this week.

Meanwhile, the S.C. General Assembly continues to meddle disastrously in multiple areas where taxpayers should have no obligation whatsoever – including ports, power companies, hospitals and higher education.

Oh, and a healthy does of inbred incompetence thrown into the mix for good measure …

Into this dysfunctional, corrupt environment steps Smith, who along with Senate finance committee chairman Harvey Peeler is now one of the two most powerful men in state government – meaning he is one of the few people in a position to fundamentally reorient the trajectory of this state (hopefully for the better).

Like Lucas, Smith is a good guy. He is also kind, admirable and (I believe) well-intentioned. But will he do anything differently? Will he make a difference?

And if not, will he be held accountable for his outcomes?

Obviously, we won’t be relying on the South Carolina legacy media to do that job. In fawning, supplicant (access whorish?) coverage fit for the coronation of a queen, the state’s mainstream press giddily chronicled Smith’s ascension this week. Meanwhile the 53-year-old attorney from Sumter referred to his new job as the “honor of a lifetime.”

Dispensing with the pageantry and platitudes, though … has anything actually changed? And IS anything going to change? Ever?

We didn’t have to wait long for the answer, with Smith telling reporter Joseph Bustos of The (Columbia, S.C.) State newspaper he intended to invoke Lucas’ modus operandi in leading the chamber.

“Speaker Lucas has engaged in policy driven issues and it’s my intention to follow in the same suit,” Smith told Bustos – noting that his top priority was maintaining stable government revenues in the event of future economic downturns.

What should Smith’s priorities be? Well, since you asked …

TAXES: South Carolina is on the verge of getting destroyed economically by North Carolina and neighboring lower-tax states. Smith says he is concerned about the instability of revenues to the state, but he should be far more concerned by the Palmetto State’s anemic income levels and chronically low labor participation rate. If either of these critical economic indicators are to change for the better, government must start putting more money into the economy – and less into unnecessary or unaccountable bureaucracies and crony capitalist handouts. Smith has dipped his toe in this pool – but he needs to dive in (and soon) if South Carolina is to enhance its competitive position.

SCHOOL CHOICE: While Smith bemoans the possibility of revenue losses to the state in future years, state government – especially South Carolina’s results-challenged government-run schools – are getting carpet-bombed with cash. Is this ever-escalating investment improving academic outcomes? Of course not – because it is being pumped into the same failed system. To raise achievement levels, South Carolina leaders must unleash the power of the marketplace – and that starts with letting parents and guardians control more of the money they currently shell out on the failed state system. Trusting the current system to reform itself is clearly a recipe for more of the same indoctrination and social promotion. If we want to see real progress, is time to engage market-based reform on a massive scale.

JUSTICE REFORM: More than anyone else, Smith must “be the change” when it comes to fixing the Palmetto State’s notoriously corrupt “injustice” system – not only as speaker but also in his role as leader of the judicial screening panel that continues to appoint judges who are materially eroding victims’ rights and public safety in South Carolina. Actually, Smith needs to go even further than that – in addition to pushing for tough new bond, sentencing, monitoring and docket reform legislation, he must also lead the charge in support of the public election of judges in the Palmetto State. At the very least, he must turn this appointment authority over to the governor (with public retention elections to follow).

PRIVATIZE AND PRIORITIZE: As noted above, South Carolina has no business running a port. Or a power company. Or a hospital. Or institutions of higher learning. These are not core functions of government, and the money taxpayers are being forced to shell out for these functions is draining cash from the private sector – and from agencies which do deserve more funding (like our law enforcement agencies). Smith and his budget writers did a bit better funding public safety in 2022 – but that’s because they had kajillions of dollars in new money to play with. Looking longer term, Smith must appropriate based on the outcomes he is seeking – and stop pouring money into needless bureaucracies or crony capitalist handouts that fail to produce positive outcomes or provide a positive return on taxpayer investment.

ACCOUNTABILITY: Perhaps the biggest problem in South Carolina is that those historically entrusted with authority over citizens and responsibility over taxpayer resources are hardly ever held accountable when they abuse the public trust or squander the public treasury. I have been calling for reform on this front for years, but Smith must recognize that the people of the Palmetto State can no longer wait for it. Whether it is funding a dedicated public corruption unit within the executive branch of government or getting rid of corrupt, self-policing legislative “ethics” committees, Smith must insist upon meaningful reform that restores the public trust – starting with real election reform.