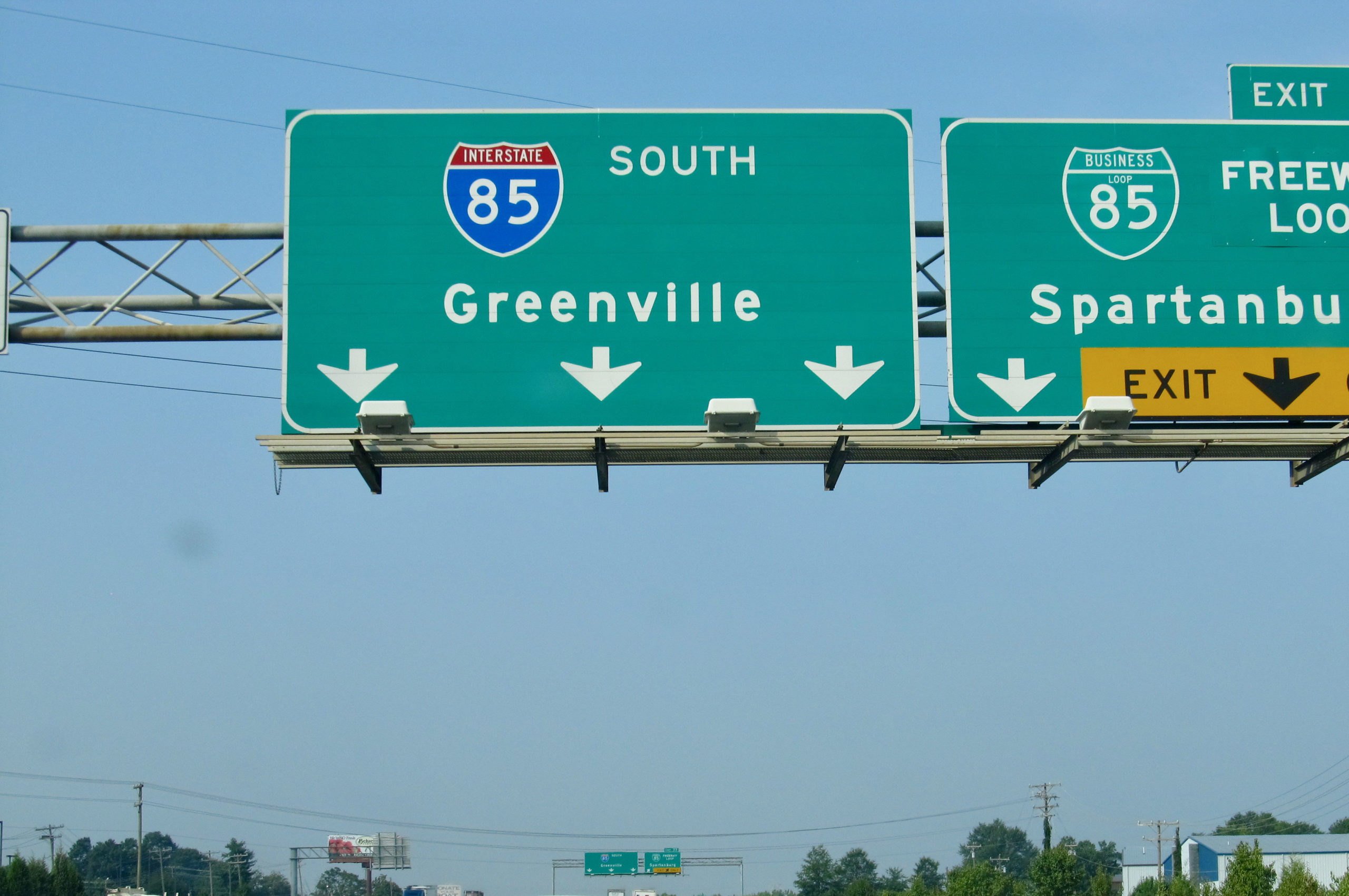 One of South Carolina’s most important thoroughfares has become a “death trap” that is claiming lives at a frightening clip, according to an Upstate coroner and several area politicos. Collectively, these leaders are taking state officials to task for their alleged negligence in keeping this road safe for citizens.

The stretch of road in question – which carries Interstate 85 from Spartanburg, S.C. to the North Carolina border – is a veritable gauntlet of construction zones, many of which feature dangerous one lane “chutes” lined with concrete barriers.

These “chutes” were erected to route traffic around various widening and interchange expansion projects – part of a long-overdue upgrade of this critical southeastern highway. In addition to ferrying local traffic, Interstate 85 in South Carolina serves as a critical artery for commercial traffic traveling to and from Atlanta, Georgia and Charlotte, North Carolina.

“The expansion is being done with a contractor first mentality – funneling to a single lane walled by concrete with a lack of shoulder space for miles,” one Upstate source told me.

Regular readers of this news outlet know this highway has been in a state of neglect for years – part of the Palmetto State’s ongoing failure to prioritize infrastructure projects (despite massive increases in taxpayer funding). Seven years ago, my news outlet reported that a maintenance project on Interstate 85 in Greenville county had been “indefinitely delayed because the road is in such sorry shape it can’t even be repaved.”

According to the S.C. Department of Transportation (SCDOT), the highway’s “underlying pavement” had deteriorated to the point that repaving the road was simply not feasible – prompting the agency to scrap its plans and release the contractor on the project from its obligations.

Since then, SCDOT has been working to dig itself out of a hole when it comes to upgrading this highway – including the recent completion of a massive $250 million project which rebuilt the interchange of Interstates 85 and 385 in Greenville county.

That project was nearly a year late – and $10 million over budget.

Sound familiar? Of course the real problem with SCDOT isn’t necessarily shoddy management of essential infrastructure maintenance and enhancement, it is the fact that the agency blows hundreds of millions of tax dollars on totally non-essential projects – many of which are linked to the state’s ongoing misadventures in corporate welfare.

Anyway … back to Interstate 85.


“These projects will make a positive difference to all of those who travel the Upstate,” SCDOT proclaims on its website.

The problem? They are killing people in the meantime …

This Thursday (July 15, 2021) at around 2:50 p.m. EDT, a tractor trailer attempting to traverse one of the SCDOT’s southbound, single-lane “chutes” near Gaffney, S.C. appears to have been responsible for initiating a horrific rear-end collision that sent multiple vehicles over the concrete barrier and into the northbound lane.

Three people died in the harrowing crash … and another six were injured. The accident was the latest in a string of crashes that have compelled local officials to speak out against the current configuration of the road – as well as the state officials responsible for this and other Palmetto State “die-ways.”

“These chutes should be called death traps,” Cherokee county coroner Dennis Fowler stated in the aftermath of the accident, slamming state officials for their mishandling of the project – and for downplaying the dangers motorists face when entering the construction zone.

“It seems none of those officials are around to ride with me to knock on the doors of next of kin to deliver the message a loved one has been killed in this maze of concrete,” Fowler said in a statement. “Something must be done immediately. We cannot lose any more lives at the sacrifice of a road project.”

Fowler has a groundswell of public support behind him. In fact, a petition calling on state officials to “get rid of the DEATH TRAPS” on Interstate 85 drew nearly 5,500 signatures in less than twenty-four hours – easily eclipsing its initial goal of 1,000 signatures.

Unfortunately, the failure of SCDOT to fix this road when it had the chance is likely to be an ongoing issue.

“The traffic on 85 is heavy and growing almost daily,” one Upstate resident told me. “Project planning and timeline is pushing people to the edge. Not a day goes by without some accident resulting in injuries or a major detour or slowdown.”

Also, the project’s completion is unlikely to solve the long-term congestion issues …

“They will end up needing to expand it again in 2030 because we piecemeal everything,” the resident added. “Legislative priorities are way too apparent.”

Funding for infrastructure is clearly not a problem in the Palmetto State. Four years ago, lawmakers approved a massive 71.6 percent gas tax increase – but the proceeds from this new levy are not being spent as advertised. Also, as my news outlet has often noted, prior to the passage of the gas tax hike in 2017 SCDOT was on the receiving end of huge increases in new recurring funding – which the agency proceeded to blow on interchanges to nowhere, unnecessary big-ticket projects and all manner of political pork.

One Upstate politico believes the buck should stop with SCDOT commissioner Christy Hall.

“She is a nice lady and I am sure she is honorable and of high integrity,” Putnam wrote on his Facebook page. “However, that doesn’t change the fact that SCDOT has a lot of blood on (its) hands for the countless deaths which could have been minimized if not for (its) absolute negligence.”

According to Putnam, Hall “got the job because she was a career bureaucrat and anyone would have been better than the previous dumpster fire.”

Is he correct? Hall was nominated as SCDOT secretary back in the fall of 2015 by former governor Nikki Haley (the two were college roommates). She was Haley’s third secretary in a span of less than two years. Haley’s first choice for the job – retired military man Robert St. Onge – was busted driving under the influence in February 2014. Meanwhile her second choice, liberal national transportation lobbyist Janet Oakley, was forced out by lawmakers in June of 2015.

After serving for a little over a year under Haley, Hall has remained on the job for the past four years under current S.C. governor Henry McMaster – championing all manner of non-essential projects while allowing critical upgrades (like Interstate 85 and Interstate 95) to go unmet.

In addition to the debacles on Interstates 85 and 95, Hall’s agency is also only beginning to address arguably the most pressing infrastructure need in the entire state – a decades-overdue fix to the Interstate system surrounding the state capital of Columbia, S.C.

Just last week, Joseph Bustos of The (Columbia, S.C.) State newspaper reported that Hall had received a pay increase taking her annual salary from $251,232 to $298,000 – an 18.6 percent bump. That is just Hall’s base compensation, too. That amount does not include the generous taxpayer-funded benefits she receives – nor does it include the various perks, allowances and expenses she gets from taxpayers.

While some in the Upstate want to see Hall fired (a change I would welcome), one lawmaker highlighted the larger issue – a fundamental lack of accountability in the way SCDOT is currently structured.

“It has become obvious that in our state transportation system, the buck stops with nobody,” state representative Josiah Magnuson wrote on his Facebook page. “There’s no one who is at fault, no one who has responsibility, no one who gets fired.”

According to Magnuson, lawmakers should embrace his proposal to consolidate SCDOT and the S.C. State Infrastructure Bank (SCSIB) into “a cabinet agency directly under the governor.”

“That way the governor can be held directly accountable for what happens with our roads,” Magnuson wrote. “The governor is the right person from a policy standpoint to administer the state transportation system because he has to weigh numerous factors including schools, industry, agriculture, law enforcement, and many other roles that are crucial to determining how infrastructure will be installed and maintained statewide.”

I concur … whether we are talking about the fatal collisions on Interstate 85 or the decades of mismanagement and misappropriation which proximally caused them, the buck needs to stop with someone.