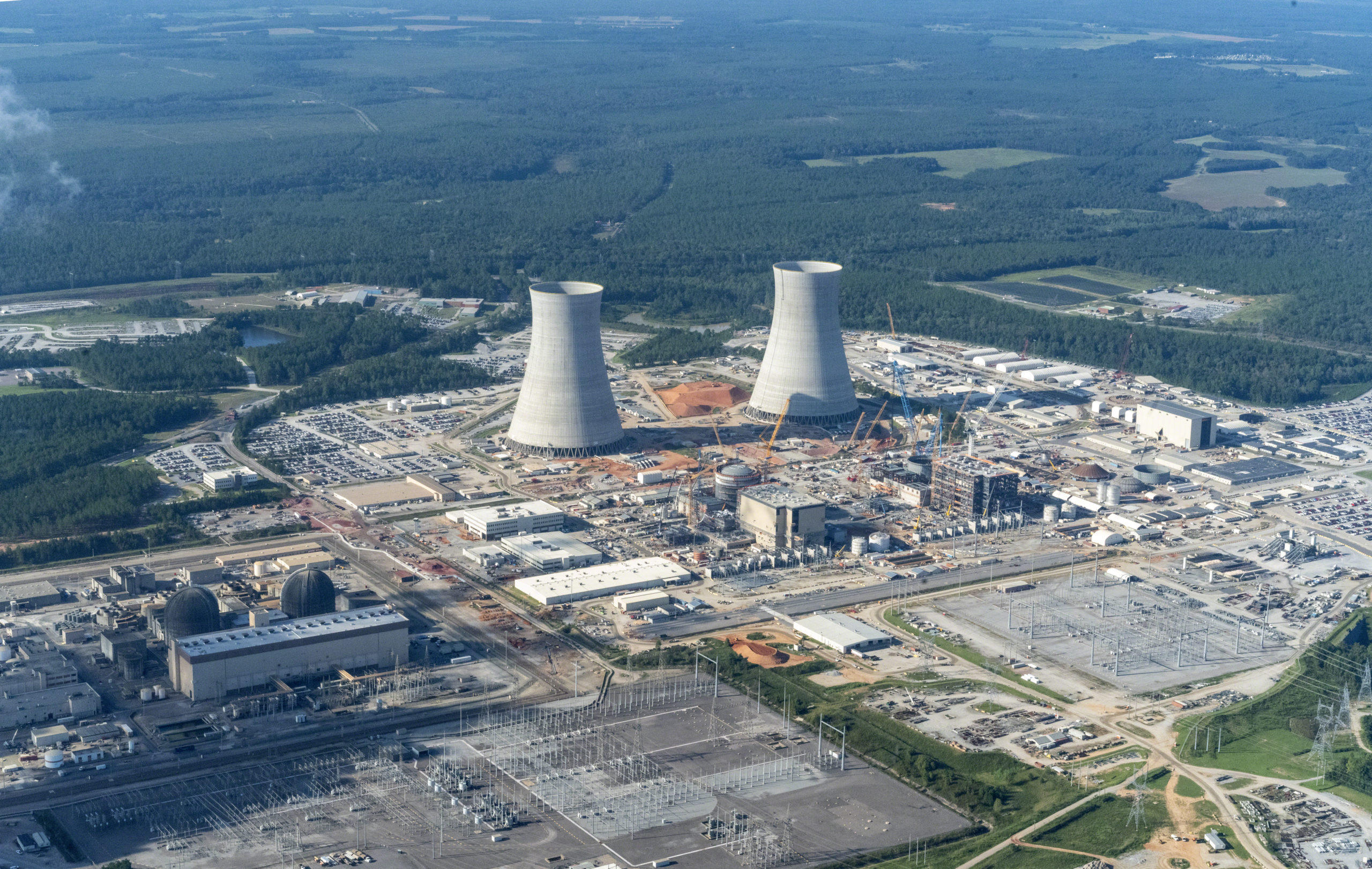 First of all, I want to thank the intrepid aerial photographer known as “High Flyer SC” for his continued willingness to share his work with this news outlet – and with other news outlets across South Carolina. In this business, a picture is worth a thousand words – and High Flyer’s images have helped tell many stories over the years, including the saga of NukeGate (the botched construction of a pair of abandoned, next generation nuclear reactors in Fairfield County, S.C.).

So thank you, High Flyer. Your work (including the image featured above) is sincerely appreciated – providing all of us with a truly unique perspective on the stories we cover.

First, though … let’s rewind the tape, shall we?

South Carolina’s spectacularly failed government-run utility, Santee Cooper, and its private sector partner – SCANA – were charged with building a pair of next-generation pressurized water reactors at the V.C. Summer nuclear generating station in Jenkinsville, S.C. at a cost of $9.8 billion.


The money was spent, but the reactors weren’t completed (or even half-completed) – and the utilities couldn’t afford the $10-16 billion price tag necessary to finish them. Even worse, executives at both utilities knew the reactors were doomed for years and didn’t warn the public. Instead, they allegedly concealed this critical information from regulators while they continued to raise rates and rack up additional debt.

None of its leaders have been held accountable, though. In fact, they got rewarded.

Santee Cooper officially pulled the plug on this project in July 2017 – right around the time the two Westinghouse AP1000 reactors were supposed to have come online and begun providing the people of South Carolina with 2,234 megawatts of clean, efficient nuclear power.

After plunging the state headfirst into this debacle, South Carolina’s “Republican” leaders have continued to saddle taxpayers and ratepayers with its costs – while at the same time perpetuating the lack of transparency and accountability that landed the state in this mess in the first place.

The whole thing has been an absolute farce …

In Georgia, the owners of Plant Vogtle (a.k.a. the Alvin W. Vogtle electric generating plant in Burke County, Georgia) have taken a different approach in dealing with their two AP1000 reactors – which remain under construction five years after they were supposed to have been operational.

“Our commissioners looked across the river into South Carolina and frankly, I know I concluded the only thing worse than going over budget on this plant was canceling this plant,” Georgia Public Service Commission (GPSC) member Tim Echols told WSAV TV-3 (NBC – Savannah, Georgia) in September 2018.

At the time Echols gave that quote, the two Georgia reactors were supposed to have come online in November 2021 and November 2022, respectively. Obviously that first deadline has now passed, and GPSC members received a disappointing update from project monitors at a pre-Christmas hearing.

Alleged “construction quality” issues mean the most recent completion dates for the two reactors – November 2022 for reactor three and November 2023 for reactor four – are also unlikely to be met, according to reporter Abraham Kenmore of The Augusta Chronicle. Now the reactors are not scheduled to come online until at least February 2023 and February 2024, respectively. Kenmore’s report also featured some illuminating exchanges between Donald Grace – one of the Vogtle project monitors – and attorneys for Georgia Power, a subsidiary of Southern Company.

Southern is a 45.7 percent stakeholder in Vogtle.  Oglethorpe Power owns 30 percent of the project, while subsidiaries of the Municipal Electric Authority of Georgia own 22.7 percent. The remaining 1.6 percent is owned by Dalton Utilities.

According to Kenmore, Grace was asked by a Southern attorney whether the company was using accurate estimates in assessing the cost and timing of the project.

“Since you asked it I will answer it,” Grace said. “My honest answer is I think you’ve been trying to continue to justify the project … and by projecting an incremental cost that fits within the bounds of justification that’s the way to do it, and to delay as late as possible what the real costs are going to be.”

“It reminds me of growing up in southwest Pennsylvania, and you’re trying to go up hills in the snow,” he said. “The wheels are turning and money is being spent and you’re trying to get to the goal of getting to the top of the hill. In some cases you’re making slow progress, although not at the rate you expected, and in some cases you’re actually slipping backwards somewhat. And that’s what’s been going on for, I don’t know, the last 9-12 months.”

Time is money, too. Currently, the project is projected to cost at least $28.5 billion – more than twice the original estimates. And that total doesn’t count a $3.7 billion repayment from Westinghouse in the aftermath of its 2017 bankruptcy.

Why does the future of Vogtle matter to South Carolina? Isn’t it Georgia’s problem? No. Due to decades of mismanagement, Santee Cooper is relying on power from Vogtle’s two new reactors to fulfill its so-called “reform” projections in the aftermath of the abandonment of the Palmetto State’s proposed reactors.

As I noted a year ago, Santee Cooper’s avenues for achieving its ambitious “reform” objectives have fallen by the wayside one-by-one … leading to multiple unauthorized escalations of debt (here and here).

To be clear: I support nuclear power. It is clean, efficient and safe (usually) – and should absolutely be part of the bridge from environmentally unfriendly sources of power to a more sustainable energy mix dominated by renewables. But government and political meddling in this industry continues to create a massive drain on taxpayers and ratepayers – with the collapse of V.C. Summer and the ongoing delays associated with Vogtle serving as exhibits A and B when it comes to the inefficacy of command economic speculation.

This is why I have argued for the past fourteen years that the Palmetto State should get out of the utility business and leave decisions regarding investments exclusively to the marketplace.

Lockdown 2.0 Cannot Be Allowed To Happen