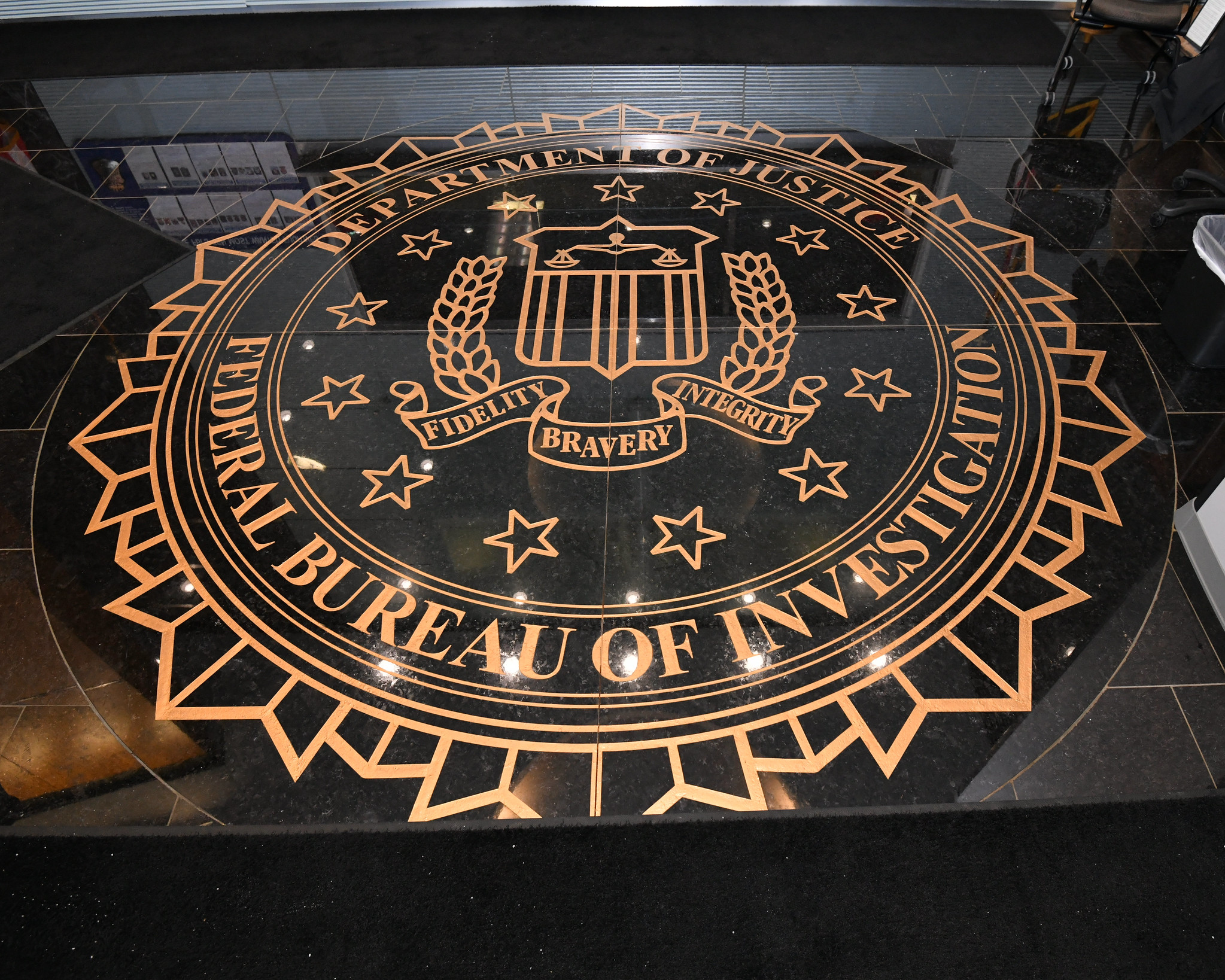 The four brand new Chevrolet Suburbans rolled into Hampton, South Carolina earlier this month with a purpose. One of them, which reportedly transported the lead federal agent investigating the ‘Murdaugh Murders’ true crime saga – was dark grey in color. The other three vehicles were bright white – “gleaming,” according to one source who observed them headed at a high rate of speed toward Hampton on Highway 278 on Thursday, February 17, 2022.

“They rolled in fast and deep,” another local source told me. “It was definitely someone large and in charge!”

The convoy – and another pack of unmarked federal law enforcement vehicles like it – made multiple stops in the Palmetto Lowcountry last week, visiting Hampton, Varnville, Estill, Allendale, Yemassee and Beaufort (towns which for decades were under the control of the influential Murdaugh family and the powerful law firm it founded there over a century ago).

That empire is now collapsing. As the dust clears, though, we are beginning to see what lurked beneath these corrupt edifices – a maze of alleged lawlessness revolving around disgraced 53-year-old attorney Alex Murdaugh, who is currently implicated in at least seven criminal inquiries and multiple civil suits related to his involvement in any number of alleged scams.

Obviously, we know a good bit about the ongoing state investigation into the ‘Murdaugh Murders’ – which is being led by the S.C. State Law Enforcement Division (SLED) and the office of S.C. attorney general Alan Wilson.


Those cases are currently before a statewide grand jury in Columbia, S.C., which is uncovering the extent to which Murdaugh and his yet-to-be-determined network of alleged co-conspirators engaged in any number of financial crimes involving former clients.

Investigators are also probing Murdaugh and his family’s alleged obstruction of justice in the aftermath of a fatal 2019 boat crash involving his late son, 22-year-old Paul Murdaugh – as well as unanswered questions in the aftermath of a still-unsolved 2015 homicide of Stephen Smith, a 19-year-old Hampton, S.C. man who was close with Paul Murdaugh’s brother, Buster Murdaugh.

The highest profile investigation, though? That would be SLED’s ongoing probe of a gruesome double homicide that took place at “Moselle” – the family’s hunting property just five miles northeast of Hampton.

Alex Murdaugh is officially a “person of interest” in connection with this bloody crime, which claimed the lives of his son Paul and his wife, 52-year-old Maggie Murdaugh. In fact, recent reports indicate there is physical evidence linking Murdaugh directly to the shootings.

Additionally, there is a major public corruption component to the investigation in light of the power and influence Murdaugh’s family and firm wielded in the S.C. fourteenth judicial circuit, where a trio of Murdaughs served as solicitor from 1920-2006.

Oh, and in addition to all of these criminal inquiries – and related civil suits – the S.C. supreme court’s office of disciplinary counsel (ODC) is investigating the Murdaugh family’s alleged ties to drug smugglers. These ties were exclusively unearthed by this news outlet in a pair of expansive reports published back in September and October of 2021.

As previously noted, federal law enforcement assets have been assisting SLED in a minor role from the beginning of their inquiries – and from everything I am told, SLED and agents of the Federal Bureau of Investigation (FBI) and related federal law enforcement agencies have enjoyed a cooperative and collaborative relationship from the very beginning. The problem has been the relationship between the state and federal prosecutors tasked with holding Murdaugh and his co-conspirators accountable in a court of law.

A significant break in this logjam occurred two months ago with the pre-Christmas ouster of acting U.S. attorney Rhett DeHart – who took over this office on an interim basis last March following the resignation of Peter McCoy, one of two appointees of former U.S. president Donald Trump. Current U.S. president Joe Biden has yet to nominate anyone for this position, although it is widely believed he will tap former U.S. congressional candidate Adair Ford Boroughs for the job.

In the meantime, Corey Ellis – chief of staff for FBI director Christopher Wray and a former assistant U.S. Attorney from North Carolina – is running the office.

As regular readers of this news outlet are well aware, federal prosecutors did not get off on the right foot in the Murdaugh case. In fact, the initial involvement of DeHart’s office was precipitated upon backdoor negotiations with Murdaugh attorneys Dick Harpootlian and Jim Griffin.


As I noted several months ago, the goal of these ongoing negotiations was to “strike a preemptive deal with the federal government that could conceivably mitigate some of the state charges Murdaugh is facing – as well as additional charges he is likely to face in the future.”

Needless to say, that did not go over well with state prosecutors …

With Ellis replacing DeHart as interim U.S. attorney, though, the “mood all changed,” to paraphrase Eminem.

Federal and state prosecutors are reportedly collaborating, for a change – including engaging in substantive conversations on potential plea agreements for multiple individuals wrapped up in this saga.

As I have previously reported, federal prosecutors are said to be focused at least in part on alleged violations of the Racketeer Influenced and Corrupt Organizations (RICO) Act – which has been used to target organized crime in the United States. RICO cases involve patterns of criminal activity in which networks of defendants engage in organized, criminal activity – including fraud – on a repetitive basis.

RICO cases are made by demonstrating an instance of alleged criminal activity and then linking that instance to multiple alleged “predicate crimes.”

Beyond this, federal agents are reportedly heavily involved in investigating the Murdaugh family’s connections to Palmetto State Bank – including the institution’s former CEO Russell Laffitte and its vice-president Chad Westendorf.

Laffitte (above) has been questioned by both state and federal investigators in connection with this case. As has Westendorf.

Earlier this month, it was reported Laffitte was cooperating with these investigations – which may have been the reason indictments against Murdaugh-related co-defendants were not handed down by the statewide grand jury last month.

Indictments against co-defendants were expected in January, but inclement weather and elevated Covid-19 cases related to the omicron variant of the virus disrupted the statewide grand jury’s work.

Why were no co-defendants indicted this month?

Because several witnesses are reportedly “providing evidence against Alex and his family” to investigators and prosecutors, according to a source familiar with the grand jury deliberations.

Evidence has also reportedly been provided to investigators related to the alleged involvement of at least one South Carolina judge in various Murdaugh-related chicanery.

“Everyone is dealing,” an attorney familiar with the cases told me. “And you know the drill: Whoever goes first with the most gets the best deal.”

In addition to sitting with investigators, Laffitte reportedly sat for several hours this week in a deposition held by John T. Lay, one of the court-appointed receivers in a high-profile Murdaugh civil case. Lay and McCoy (the aforementioned former U.S. attorney) have been empowered by the judge in that case to manage all of Alex Murdaugh’s assets – and more importantly, to determine precisely what happened to all of the money he is accused of stealing from his former clients (nearly $8.9 million, at last count).

According to my sources, Laffitte provided Lay with a wealth of information about his knowledge of Murdaugh’s various financial activities.

Meanwhile, Westendorf is said to have provided information to investigators on the judicial component of the scams.

“Some of the puzzle pieces are starting to come together, aren’t they?” a source familiar with Westendorf’s interview told me earlier this month.

Like Murdaugh, Laffitte is a member of a powerful Hampton County family that has loomed large in the region for generations. Murdaugh’s great-grandfather founded the former Peters Murdaugh Parker Eltzroth and Detrick (PMPED) law firm, while Laffitte’s family took over Palmetto State Bank in the 1950s.

The alleged involvement of a financial institution in the various scams Murdaugh is accused of committing is yet another nexus for federal involvement in the investigation. Banks are federally regulated by the Federal Deposit Insurance Corporation (FDIC). That means criminal activity that may have transpired under the auspices of Palmetto State Bank would need to be investigated federally – with federal prosecutors bringing the charges.

Needless to say, that would mark a major escalation of the federal component of this inquiry … and could explain the presence of all those fast-moving Suburbans in the Palmetto Lowcountry earlier this month.

Stay tuned … I look forward to keeping readers up to speed on the very latest in connection with this ongoing saga in the days and weeks ahead.