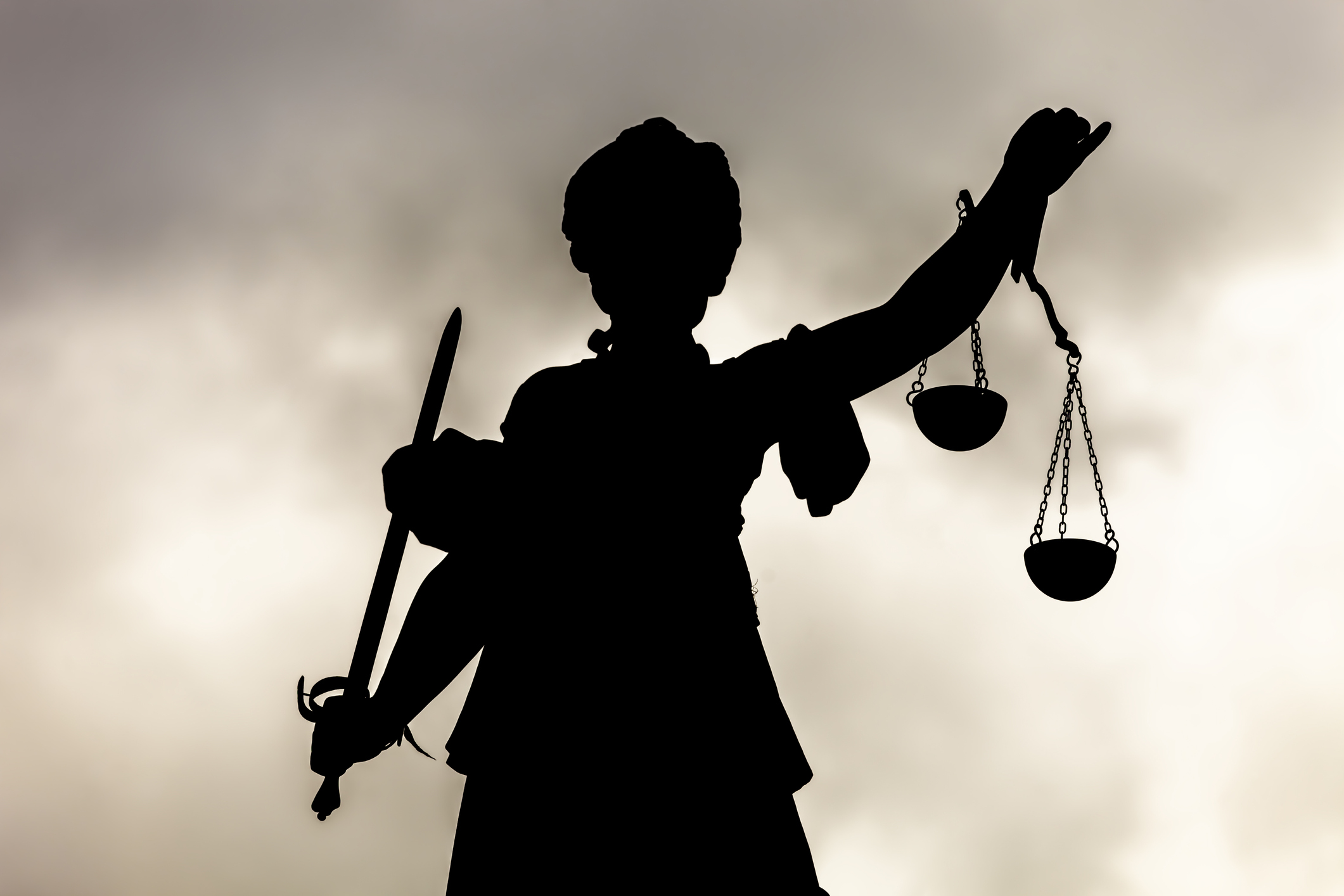 For those of you tracking the deluge of criminal charges filed against disgraced South Carolina attorney Alex Murdaugh, a familiar theme is emerging. In numerous instances, former clients of the 53-year-old lawyer (or attorneys linked to him and the powerful law firm his family founded in Hampton, S.C. over a century ago) were allegedly defrauded of millions of dollars in settlement funds to which they were legally entitled.

At last count, Murdaugh stands accused of stealing more than $8.4 million from his clients … and that’s just the cases we know about.

These criminal charges against Murdaugh are obviously just one part of the broader ‘Murdaugh Murders’ true crime saga – an expanding web of criminal activity involving Alex Murdaugh, his powerful South Carolina family and the influential law firm it founded over a century ago in the Palmetto Lowcountry.

Murdaugh is also facing criminal charges in connection with a bizarre roadside shooting incident last September – one his attorneys claim was a botched “suicide-for-hire” tied to his alleged opioid addiction. Additionally, Murdaugh is mixed up in an ongoing obstruction of justice investigation related to the aftermath of a fatal 2019 boat crash involving his late son, Paul Murdaugh. Finally, Alex Murdaugh is a “person of interest” in connection with a gruesome (and yet-to-be-solved) double homicide that took place on the evening of June 7, 2021 at the family’s hunting property, known locally as “Moselle.”

In fact, recent reports indicate there is physical evidence directly linking Murdaugh to this shooting – which claimed the lives of his wife, 52-year-old Maggie Murdaugh, and Paul Murdaugh.

There is also a public corruption angle to this case …


While we await updated information on the status of the double homicide probe, the broadening scope of the financial crimes investigation has made it abundantly clear that this component of Murdaugh’s alleged criminal enterprise was not a one-person operation.

Insofar as his alleged financial crimes are concerned, Alex Murdaugh did not act alone.

In fact, last month’s round of Murdaugh indictments from the South Carolina statewide grand jury was supposed to bring charges against multiple new co-conspirators (Murdaugh’s associate Curtis Smith is already facing charges in connection with the roadside shooting investigation).

However, inclement weather and a rash of Covid-19 cases delayed the grand jury’s work – restricting both the scope and the number of indictments issued.

None of them have been criminally charged … but that day is likely not far off.

Other attorneys have been linked to this mushrooming scandal, too …

Speculation has also swirled about the extent to which other members of Murdaugh’s powerful family and once-prestigious law firm were involved in (or aware of) various aspects of the maze of alleged criminality.

After all, if Alex Murdaugh had help in orchestrating alleged settlement scams … who is to say he didn’t have help in his other nefarious endeavors?

For example, are we really to believe no one at the erstwhile influential Peters, Murdaugh, Parker, Eltzroth and Detrick (PMPED) law firm had any idea about Murdaugh’s alleged extracurriculars?

If not, then why is the statewide grand jury reportedly interviewing firm employees about what they knew … and when?

And what of the phone calls Murdaugh is said to have placed from the Moselle crime scene prior to calling 9-1-1 after ostensibly “discovering” the bodies of his wife and son on that fateful spring evening last June?

Two different weapons were used in that shooting, right?

In looking at the settlement scams, so far we have only really addressed two legs of the stool – the lawyers and the bankers. There remains one important leg to consider: The judges.

In her prior reporting, our news director Mandy Matney has pointed out how S.C. circuit court judge Carmen Mullen appeared to play a key role in the case of Gloria Satterfield, the Murdaugh housekeeper who died following a reported “slip and fall” at Moselle in February of 2018.

Satterfield’s sons didn’t receive a dime of the $4.3 million settlement against Murdaugh’s insurance companies, and years later attorneys Eric Bland and Ronald Richter discovered the settlement was never even entered into the court record.

Mullen was the judge who reportedly signed this settlement in the spring of 2019, however the document bearing her signature (or what appears to be her signature) did not have a docket number on it … which should have been a huge red flag.

That document also failed to list any defendants in the case beyond Alex Murdaugh, which should have been another huge red flag.

Back in October, Bland said Mullen should have “never heard the case” because it was not entered into the court’s record. Also, Mullen signed the order after she recused herself in connection with the 2019 boat crash case involving the Murdaugh family.

Why would she recuse herself in one case but not another? Was it just because people were following the boat crash case so closely?

Bland sought to depose Mullen in the hopes of getting answers regarding her role in the Satterfied saga, but veteran S.C. circuit court judge Casey Manning allegedly intervened and pressured him to back down. Manning is a mentor to Mullen, who was his former law clerk. In fact, sources familiar with their relationship say he has often referred to the scandal-scarred judge as his “daughter.” Beyond this personal connection, Manning is a member of the S.C. Commission on Judicial Conduct (SCCJC) – a panel which hears complaints filed against South Carolina judges.

Sources familiar with the workings of this panel claim Manning has shielded Mullen from complaints filed against her in the past – although they declined to offer specifics.

One thing is clear, though … the SCCJC doesn’t seem to be doing a whole helluva lot to investigate allegations of judicial misconduct in the Palmetto State. That is one of many issues with South Carolina’s badly broken judicial branch of government that is in desperate need of reform.

Mullen has served on the S.C. fourteenth circuit since 2006. Four years ago, she was one of the judges who heard cases tied to the ProbeGate investigation into public corruption in the S.C. General Assembly. That inquiry led to the resignations of four ranking “Republican” leaders – and the conviction of another.

How did Mullen acquit herself during that process, though? Not well …

Another judge who has been linked to questionable Murdaugh-related rulings is S.C. circuit court judge Perry Buckner, who reportedly sold his practice to PMPED when he was first appointed to the bench back in 2000. Prior to his judicial appointment, Bucker worked as a deputy to former S.C. fourteenth circuit solicitor Randolph Murdaugh III (Alex’s father).

This news outlet has been investigating several cases involving Buckner and PMPED, with numerous attorneys stepping forward and providing information on cases in which he sided with the family and ignored calls to recuse himself on the grounds of his longstanding personal and business dealings with them.

As Matney, Farrell and I continue to investigate these multiple Murdaugh-related story lines, I felt it important to weigh in on the judges angle – and to lay down some markers about what sort of expectations the public should have as this saga moves forward.

First: State and federal investigators and prosecutors must root out and hold corrupt judges accountable for any criminal acts committed in their official capacities. The public corruption component of this inquiry, in particular, must leave no stone unturned in unearthing judicial misconduct – and dealing decisively with any judges found to have violated their sacred oaths. And yes, when I say “decisively,” I mean prison time.

Second: It has become abundantly clear the SCCJC is worthless as tits on a bull when it comes to serving as a check against judicial corruption in South Carolina. Like any number of other acephalous, insider-appointed alphabet soup “watchdogs” in the Palmetto State, this entity appears to have no purpose other than to sweep judicial scandals under the rug. That must change. A robust, independent judicial oversight panel is essential to the proper functioning of this branch of government – and its clear South Carolina has no such capacity at the moment.

Third: As I have been saying for years, South Carolina’s notoriously corrupt process of allowing state lawmakers to choose who gets to sit on the bench must be reformed. I have suggested public election of judges, but if that is a bridge too far, at the very least the Palmetto State should move to an executive appointment model with a retention election every two years thereafter to decide whether judges should remain on the bench.

Make no mistake: Anything is better than the current system.