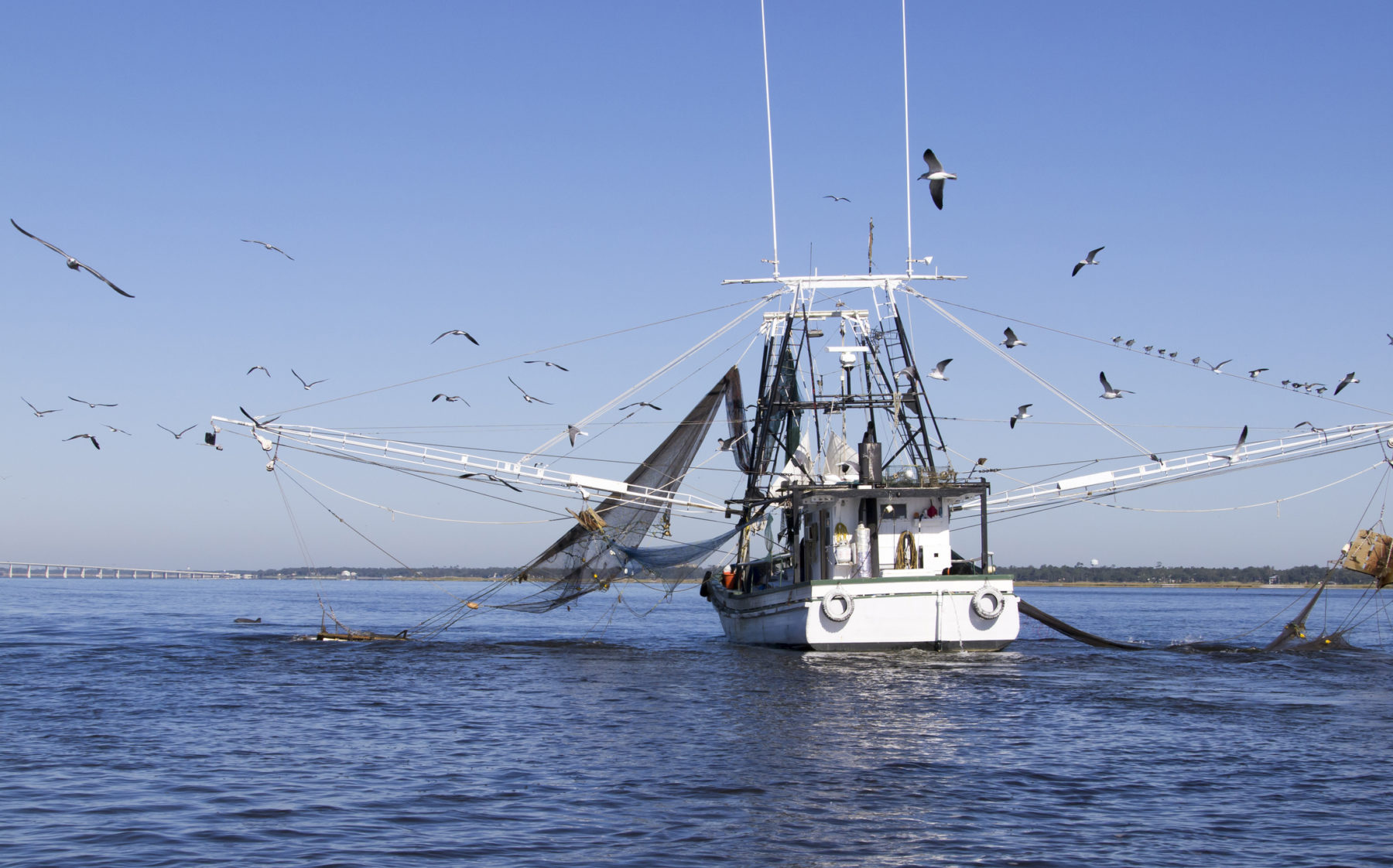 In case you missed that report, you can read it here …

The CliffNotes’ version? Murdaugh was Boulware’s legal representative and business partner prior to the latter’s death on September 12, 2018 following a brief battle with an aggressive form of cancer.

Boulware – who billed himself as a commercial fisherman – was widely believed to be involved in the drug trade. In fact, at one point during the early stages of Ronald Reagan’s “war on drugs,” he and his father faced charges in Florida in connection with a South Carolina-based smuggling operation.

The 1983 sting which implicated Boulware took place during the heyday of Operation Jackpot, a massive anti-smuggling campaign led by multiple law enforcement agencies and the office of then-U.S. attorney Henry McMaster of South Carolina. This campaign – which took advantage of new civil asset forfeiture laws – shut down a network of so-called “gentlemen smugglers” who brought hundreds of thousands of pounds of marijuana and hashish into the Palmetto State via numerous lightly patrolled Lowcountry inlets.

Boulware and his father both faced charges in connection with the sting, but those charges were dropped when a government witness met a violent end shortly before the duo were scheduled to stand trial.

According to an April 18, 1983 news brief (.jpg) in The Tallahassee Democrat, the witness in question was “making his way to the Wonder Bar in St. Joe Beach” when he “walked into the path of an oncoming vehicle.”

And with that, the Boulwares were off the hook …

Boulware and Murdaugh were thick as thieves – and so were their families. In fact, two months before he passed away Barrett granted power of attorney (.pdf) to Alex Murdaugh – putting the ethically challenged lawyer in charge of all of his assets (including the disposition of numerous properties in the Palmetto Lowcountry).

Additionally, Murdaugh and Barrett were co-owners of multiple Lowcountry properties … and Barrett was the former owner of “Moselle,” the Murdaugh family hunting lodge which became infamous as the site of a now notorious brutal double homicide back in June of this year.

That double homicide – in which Alex Murdaugh remains “person of interest,” incidentally – claimed the lives of 22-year-old Paul Murdaugh (Alex’s son) and 52-year-old Maggie Murdaugh (Alex’s wife). It is also the focus of one of six active criminal investigations involving Alex Murdaugh, his influential family or the powerful local law firm it founded.

All of these inquiries are being led by the S.C. State Law Enforcement Division (SLED) – and Murdaugh is already facing five criminal charges in connection with his alleged role in two of those inquiries. Those charges – and any other charges filed in connection with these cases – will be handled by the office of S.C. attorney general Alan Wilson.


In the aftermath of last month’s exclusive report on the Murdaugh-Boulware connection, this news outlet has been poring through Lowcountry property records, tax documents, legal filings and court rulings in the hopes of shedding additional light on the network surrounding these two men.

This is (hopefully) one of the same techniques being used by investigators as they attempt to piece together the truth surrounding the Moselle homicides and the various other Murdaugh-related criminal inquiries – casting the widest net possible and seeing what turns up in the catch.

One of my favorite scenes from the 1995 movie Heat – arguably the best crime drama of the last quarter century – is when an informant gives investigators one of their first big breaks in a fatal robbery case (the identity of one of the criminals believed to be involved in the heist). Upon receiving the information, the lead detective investigating the robbery – Vincent Hanna (portrayed by Al Pacino) – immediately phones his team with instructions.

“I want full surveillance – that’s twenty-four hours, round the clock, day and night, we never close – open seven days a week,” Hanna tells his fellow officers. “Bug the car, the house the works – when he moves or sits, like in a restaurant, I want pictures of who he moves and sits with. Then you guys run makes on them – they got jackets – I want to see who they move and sit with.”

He made his people fishers of men … literally.

Given the sheer volume of records involving both of these men, the trail is not easy to follow. In fact, there are multiple rabbit holes news director Mandy Matney and I are currently spelunking together in the hopes of unpacking the larger story tied to the collapse of the Murdaugh empire.

But there is one connection I recently found which struck me as … very curious.

One of the first records I found goes back to June 9, 2010. On that date, Ronnie Crosby – one of Murdaugh’s partners at the prestigious Peters, Murdaugh, Parker, Eltzroth and Detrick (PMPED) law firm – took out a $150,752.81 mortgage (.pdf) on a piece of property Boulware was selling to a company called Jenkins Creek Marine and Charters LLC. A second mortgage (.pdf) in the amount of $151,164.09 was taken out a year-and-a-half later – also on a piece of property Boulware was selling, this time to a separate incorporation called Jenkins Creek Charters And Property Management, LLC.

On the first mortgage, however, the signatory listed as the responsible member for that company, Jenkins Creek Marine and Charters LLC, was none other than … Alex Murdaugh.

(Via: Beaufort County Register of Deeds)

As with Crosby’s signature on the second mortgage, Murdaugh did not sign his mortgage document as a representing attorney or a registered agent. He signed it as a member of the limited liability corporation.

Of interest? On May 17, 2021 – three weeks before the Moselle murders – the second mortgage (the one for Jenkins Creek Charters And Property Management LLC) was recorded as having been “satisfied” (.pdf) with the Beaufort county register of deeds. As of this writing, however, there is no record of the first mortgage – the one issued to Alex Murdaugh’s company – having been satisfied.

Last month, though – on September 24, 2021 – the Boulware property purchased by Murdaugh’s incorporation, Jenkins Creek Marine And Charters LLC, was granted to Crosby in a bizarrely worded “covenant” (.pdf) for $5.00.

Among the conditions of this “covenant?” Crosby’s assurance not to sue Murdaugh’s company “in order to recover a personal judgment” against it.

That is curious language considering Crosby remains a partner at PMPED, which just this month filed a lawsuit against Alex Murdaugh in connection with its allegation that he stole more than $10 million from its coffers. That allegation, incidentally, is the focus of one SLED’s criminal investigations. The language is even more curious considering PMPED partners claimed in the lawsuit that they only discovered Murdaugh’s theft on September 2, 2021.

I wonder … are Crosby’s partners at PMPED aware of this “covenant” involving one of their own? Or will this be another “surprise” revelation?

So … what line of work were Murdaugh and Crosby’s “Jenkins Creek” companies engaged in? Jellyfish, ostensibly.

There, they would be prepared for shipment overseas.

The property Carolina Jelly Balls LLC attempted to use for a temporary processing plant was located just six miles away from Murdaugh’s Moselle hunting lodge. Oh, and the registered agent for the owner of that property – Williams Farms of South Carolina – is Mark D. Ball, another PMPED attorney.

At the Williams Farms location, “the cannonball jellyfish … would be dried and shipped mostly to Asian markets, where the food is considered a delicacy,” a February 2014 report in The (Hilton Head, S.C.) Island Packet noted.

Why was the operation short-lived? Permitting problems … which stemmed from concerns over toxic wastewater runoff and other environmental issues. There was also bureaucratic resistance at the local level after the company launched its operations without notifying county officials.

According to the Packet report, Carolina Jelly Balls began harvesting and packaging jellyfish at the Jenkins Creek docks in St. Helena via an existing local business license and a state seafood license granted to another company – which attempted to launch a similar operation in nearby Port Royal, S.C. the previous year.

The other company – Millenarian Trading Co. – will be the focus of a future report by this news outlet.

Between the environmental concerns and the bureaucratic opposition, considerable public outrage was ginned up to the planned facility. By April 2014, operations at the Williams Farms location were halted by order of the S.C. Department of Health and Environmental Control (SCDHEC). Leading the public outcry? Former South Carolina governor and then-U.S. congressman Mark Sanford.

Aside from Boulware’s connections to these properties, what would lead one to believe they may have had a nexus to illicit drug operations? Or to a potential money laundering operation?

Stay tuned for much more on that … but as these records attest, there is an emerging paper trail linking Murdaugh (and now another PMPED attorney) to some very questionable connections. Which, given this family’s history, are worth exploring.