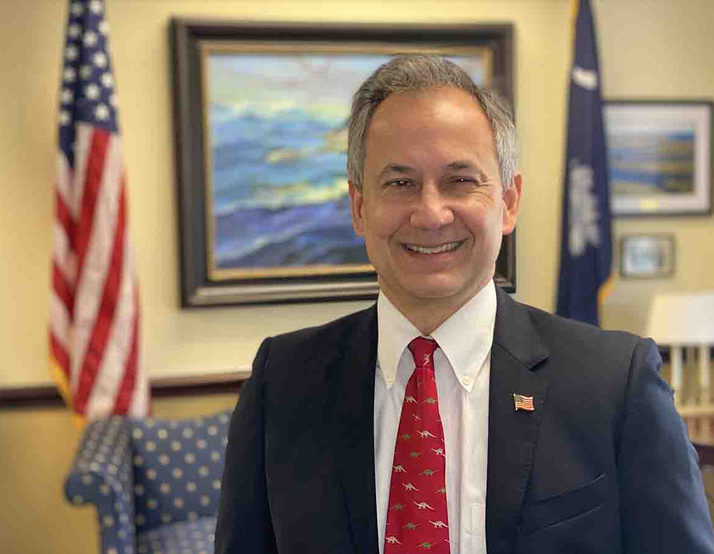 Acting United States Attorney for South Carolina Rhett DeHart will step down the day after Christmas in what could be a sign of impending federal involvement in the mounting investigations against disgraced Hampton County attorney Alex Murdaugh, sources famililar with the situation have told FITSNews.

DeHart, who was named acting U.S. Attorney in March of this year, had reportedly been butting heads with state Attorney General Alan Wilson in a “full-scale turf war”over the Murdaugh investigations.

Wilson has kept a tight control over the cases and thus far has successfully blocked federal interference.

DeHart will be replaced by Corey Ellis, who is chief of staff for FBI director Christopher Wray and a former assistant U.S. Attorney from North Carolina. Ellis will serve as interim U.S. Attorney for the South Carolina district until a U.S. Attorney is appointed by President Joe Biden.

Murdaugh, 53, is a member of a powerful South Carolina family with deep political ties and legal resources. He is currently being held on a $7 million bond at Richland County Detention Center. As of December, he faces 51 charges, many of which are for crimes — such as money-laundering — that fall within the jurisdiction of the U.S. Department of Justice.

However, the state’s top law enforcement officers sought to limit federal involvement because of concerns over the integrity of the cases.

As our founding editor Will Folks reported in October, “the entrance of federal prosecutors into this case has been steeped in scandal thanks in large part to a nefarious bid by Murdaugh defense attorney Dick Harpootlian to negotiate a backdoor plea agreement for his client. Beyond that, there has been a superfluity of bickering and conflicts within the office of acting U.S attorney Rhett DeHart — and a ham-fisted bid by the feds to force the state to heel.”

DeHart was named acting U.S. Attorney after the resignation of Peter M. McCoy, who is now part of a two-man receivership team assigned to combing through Murdaugh’s frozen assets and the assets of Murdaugh’s son Buster.

As FITNews reported in November, former U.S. congressional candidate Adair Ford Boroughs has emerged as one of the frontrunners in the race to become the next U.S. attorney for the state of South Carolina, multiple sources familiar with the search process have confirmed to this news outlet.

Boroughs exceeded expectations on the fundraising front during her 2020 campaign, but she got hammered by Wilson once the race became nationalized following the death of the late Ruth Bader Ginsburg.