Inside the “star chamber …” 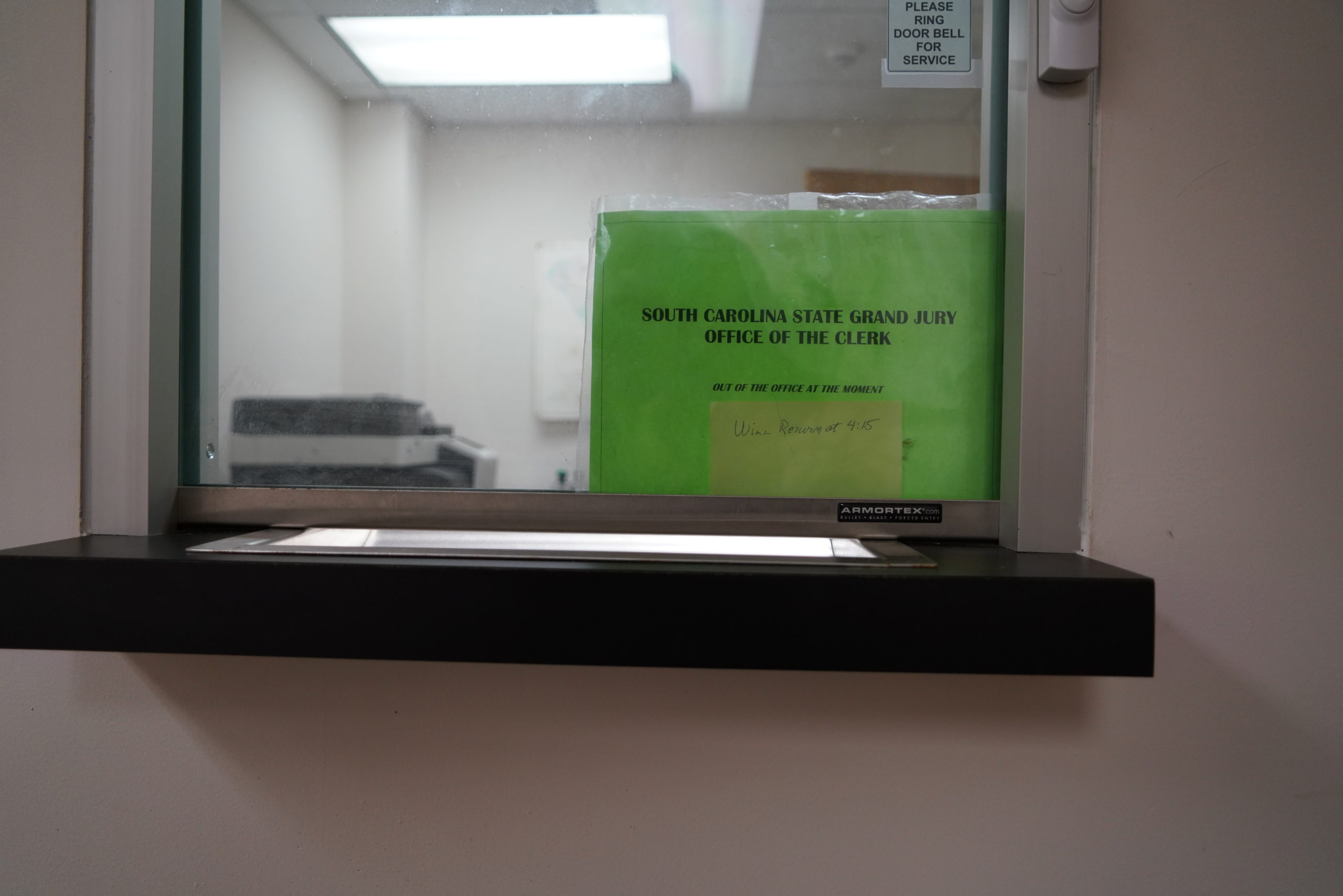 As the ‘Murdaugh Murders’ true crime saga continues garnering national and international headlines, South Carolina’s badly broken system of justice is very much in the spotlight.

The web of alleged criminal activity linked to disgraced attorney Alex Murdaugh, his powerful South Carolina family and the influential law firm it founded over a century ago isn’t the only thing about to go on trial … the Palmetto State’s entire judicial system is under the microscope.

As this process continues to unfold, ground zero for the seven (that’s right, seven) active criminal investigations into the Murdaughs is an entity based in Columbia, S.C. known as the statewide grand jury (or SGJ).

Operating under the auspices of the office of S.C. attorney general Alan Wilson, the statewide grand jury is the entity responsible for issuing indictments in the various Murdaugh related criminal investigations – all of which are being led by the S.C. State Law Enforcement Division (SLED) with support from prosecutors in Wilson’s office.

What is the SGJ though? To answer that, we have to go way back …

Grand juries originate with the Fifth Amendment to the U.S. Constitution.  And yes, that’s the amendment which protects citizens from being “compelled in any criminal case to be a witness against himself” (a.k.a. “pleading the fifth”). The fifth amendment also provides for “due process of law,” including a specific requirement that no citizen be “held to answer for a capital, or otherwise infamous crime, unless on a presentment or indictment of a Grand Jury.”

And to indict someone in America, grand jurors must first be convinced there is probable cause that a person committed a crime.

In South Carolina, the authority of the statewide grand jury is derived from Article I, Section 11 of the S.C. Constitution …

No person may be held to answer for any crime the jurisdiction over which is not within the magistrate’s court, unless on a presentment or indictment of a grand jury of the county where the crime has been committed, except in cases arising in the land or naval forces or in the militia when in actual service in time of war or public danger. The General Assembly may provide for the waiver of an indictment by the accused. Nothing contained in this Constitution is deemed to limit or prohibit the establishment by the General Assembly of a state grand jury with the authority to return indictments irrespective of the county where the crime has been committed and that other authority, including procedure, as the General Assembly may provide. (1970 (56) 2684; 1971 (57) 315; 1989 Act No. 5; 1989 Act No. 8.).

As you can tell from the notations above, this constitutional safeguard was amended in 1989 – which is when the S.C. General Assembly created the statewide grand jury as part of an effort to create accountability for crimes that crossed county lines.  These crimes were often quite complicated – including public corruption, narcotics, election fraud, obscenity, terrorism, computer crime, or securities fraud.

Clearly the Murdaugh case covers several of those bases …


Grand juries in the Palmetto State consist of twelve people who selected (or impaneled) for a one-year term.  Six additional grand jurors are chosen for two-year terms.  These latter six grand jurors are called “carryover jurors,” because they are expected to carry over what they learned from one term to the next – creating some institutional knowledge of the proceedings.

In the case of a statewide grand jury, authorization to impanel is needed from a presiding judge (in the case of the Murdaughs, circuit court judge Clifton Newman), the chief of SLED and either the attorney general or his designate.

To be clear, a grand jury is not a trial.  Whether at the state or county level, its members are not passing judgment on anyone accused of a crime.  Witnesses and evidence are presented, to be sure, but there is no opportunity for “targets” (i.e. potential defendants) or their attorneys to question evidence or cross-examine witnesses.

Why not? Because again, the only determination the grand jury is asked to reach is whether probable cause exists for an individual to be charged with a crime.

That makes it unlike a traditional jury, which hears cross-examination as well as testimony from rebuttal witnesses in an effort to determine an actual defendant’s guilt or innocence.   There’s no guilt or innocence in a grand jury – just the question of whether sufficient evidence exists for an individual to be charged with a crime.

Also, grand juries are able to issue subpoenas for the production of evidence and receive testimony from confidential informants.

Oh, the whole process is conducted behind closed doors – with strict laws governing the maintenance of secrecy. Those “sworn” to the grand jury are prohibited by law from discussing its particulars.  In many cases, the subjects of a grand jury’s deliberations have no idea they are about to be charged. This has led many “targets” of the statewide grand jury to refer to it as a “star chamber,” a reference to secretive entities from the sixteenth and seventeenth centuries which passed judgment with no due process.

Once evidence is collected and presented and testimony is heard, one of three things happens …

1. True Bill – An indictment that is “true-billed” means twelve of eighteen grand jurors agree there is probable cause that a crime took place and that the target of the grand jury should stand trial for the charges referenced in the indictment. This is what happens when you hear on the news that an individual was “indicted.”

2. No Bill – An indictment that receives “no bill” means twelve of eighteen grand jurors did not agree that there was probable cause to support an allegation.

In most cases, grand juries “true bill” indictments because the threshold of probable cause is so low – hence the expression, “a grand jury would indict a ham sandwich.”

Anyway, I hope this explainer was helpful … and that readers now have a better sense of the entity that will continue to play a pivotal role moving forward in the ‘Murdaugh Murders’ true crime saga.