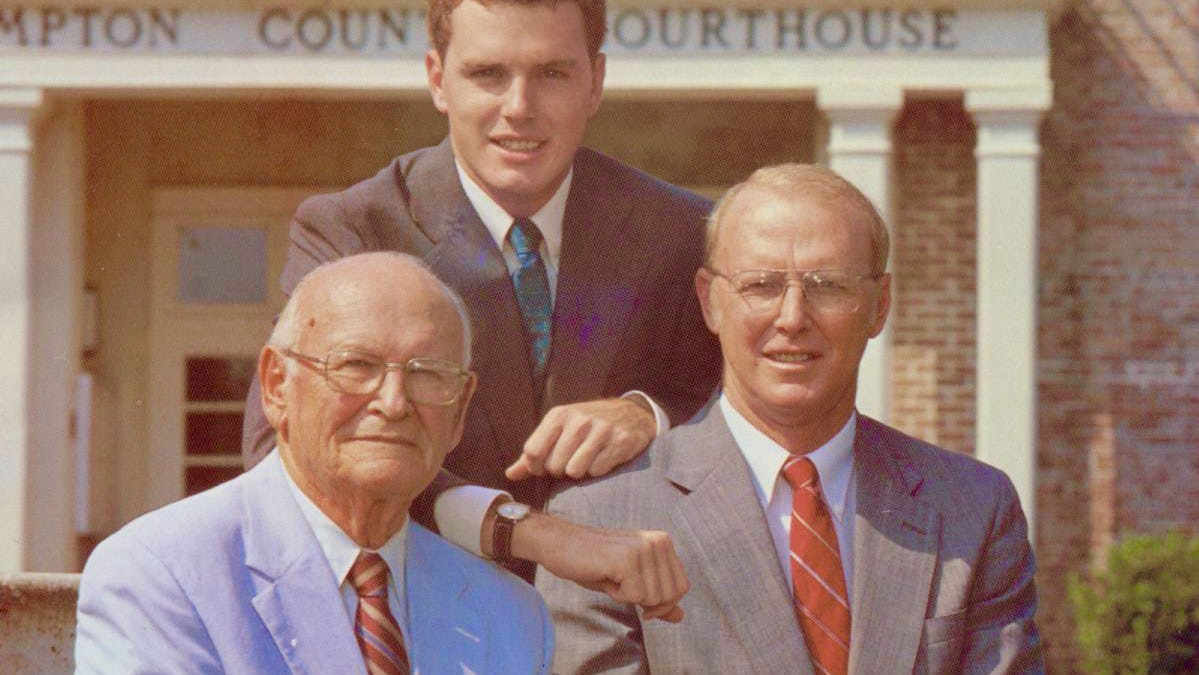 This news outlet has done the lion’s share of exclusive reporting (and contextual analysis) when it comes to the ‘Murdaugh Murders’ true crime saga in South Carolina. From day one (literally), FITSNews has had the scoop – and continues to offer our readers the best, most accurate and in-depth coverage of the story. Unlike some publications, though, I believe in showing the love to other reporters who have excelled in their coverage of this case.

Last week, for example, I credited Ben Mathis-Lilley of Slate for this witty recap – which is arguably the best thing I have seen anyone write on the story so far.

This week, I am hearkening back to an article which was originally published back in April of 2019 by reporters John Monk and Cody Dulaney for The (Columbia, S.C.) State newspaper.

Monk and Dulaney’s piece – which I have cited in the past – still stands as the definitive (albeit not exhaustive) journalistic treatise on the Murdaugh family and the historical influence it has wielded in the Palmetto State.

Regular readers are by now familiar with references made to the Murdaughs’ storied history – specifically, the fact that between 1920 and 2006, a Murdaugh served as solicitor (or district attorney) for South Carolina’s fourteenth judicial circuit, a five-county region which encompasses broad swaths of the rural Palmetto Lowcounty. Alex Murdaugh – the 53-year-old attorney who finds himself at the center of the current Shakespearean saga – also carried a badge for current solicitor Duffie Stone, who was elected in 2006 with the Murdaughs’ financial support and imprimatur.

“Nobody in any of those counties got elected or appointed without the Murdaughs’ approval,” a source close to the family told me last weekend.

And no one got charged – or cleared – without the Murdaughs’ signing off.

“Cops, coroners, judges, prosecutors, politicians … all paid obeisance to this family (and many of them were allegedly paid by the family and its powerful allies),” I noted last week.

Alex Murdaugh’s ongoing influence over the levers of “justice” in Hampton county was readily apparent during last week’s bond hearing following the filing of the first criminal charges against him in this still-unspooling story … when a local magistrate with ties to his family set a lenient bond for Murdaugh prior to even hearing a recommendation from prosecutors.

The Murdaughs also continue to be represented by some of the top trial lawyers in the Palmetto State – including state senator Dick Harpootlian and veteran criminal defense attorney Jim Griffin (both of whom appeared at Murdaugh’s side last week).

Regular readers are also aware the family firm – Peters, Murdaugh, Parker, Eltzroth and Detrick (PMPED) – has wielded similar influence in the area, and made a fortune off of settlements awarded by friendly juries.

The latter of those three – Randolph Murdaugh III (above, right) – is the father of Alex Murdaugh. He passed away after a long battle with cancer on June 10, 2021 – just three days after a brutal double homicide claimed the life of Alex’s wife, 52-year-old Maggie Murdaugh, and the couple’s youngest son, 22-year-old Paul Murdaugh.

Alex Murdaugh remains a ‘person of interest’ in connection with that double murder, incidentally.

The PMPED website – an erstwhile shrine to the Murdaugh family – once boasted of the eighty-seven “consecutive years” the Murdaughs held this office as being among the “longest consecutive terms for a family” holding the office of solicitor. It turns out the reign wasn’t entirely consecutive, however.

Monk and Dulaney’s sprawling exposé extolled the Murdaugh name as being synonymous with “power, justice and big money,” but its deep historical dive made scant mention of a case seven decades ago that many believe has eery parallels to the present day.

In June 1956, Buster Murdaugh Jr. was indicted by a federal grand jury for allegedly telling a local bootlegger to move his whiskey still to nearby Colleton County so he wouldn’t be arrested by local police, according to the indictment. He resigned his post for several months until a jury acquitted him of the charges, and he managed to continue holding the position soon after.

“The law firm appears to ignore those several months that Buster Murdaugh was out of office and facing criminal charges,” Monk and Dulaney added.

Aside from that, though, there was no other mention of the federal case in the State story …

According to federal records obtained by this news outlet, Randolph “Buster” Murdaugh Jr. – along with former Colleton county sheriff Haskell Thompson and more than two dozen co-defendants – was indicted by federal authorities for “having conspired over a period of several years to violate the internal revenue liquor laws.” Two circuit court magistrates – including one who appeared as a witness for the government – were also part of this conspiracy.

“The case attained wide notoriety in South Carolina because Murdaugh, at the time of his indictment, held the office of Solicitor for the fourteenth judicial district of South Carolina and Thompson was Sheriff of Colleton County,” a November 1956 bulletin from the U.S. Department of Justice (DOJ) noted.

The federal bulletin laid out in chapter and verse the tactics employed by Murdaugh and his allies in response to the charges filed against him.

“Before the trial, the Court over the strenuous objection of the government granted the defendants’ motion for disclosure of the names of the government witnesses,” the bulletin noted. “This was followed by very questionable practices on the part of some of the defendants and their attorneys, during which government witnesses were threatened, attempts were made to influence them by promises of reward for themselves or members of their family, and at least one attempt was made to intimidate or influence the United States Attorney.”

With threats and bribes swirling, the Murdaugh conspiracy trial began on September 17, 1956 and “continued daily” for the next two weeks, according to the bulletin. And not surprisingly, more of the same behavior plagued the proceedings.

“The defense resorted to some highly questionable tactics, all apparently designed to bring about an acquittal or mistrial as to solicitor Murdaugh, even at the risk of sacrificing the remaining defendants,” the bulletin recalled. “Strange incidents occurred during the trial which sorely taxed the patience of the prosecutor. At one time, one of the government’s principal witnesses, after having testified previously in court, came to the United States Attorney and told him that he had lied on the stand. Brought before the Court, however, he would admit only that his testimony had been erroneous in certain very immaterial respects which did not affect the issues in the case.”

This was just one of the irregularities prosecutors encountered in attempting to prosecute Murdaugh for his alleged conduct.

“The foreman of the jury, immediately before the case was to go to the jury for deliberation having received a telephone call informing him that his father was dying, declined to accept the court’s proffer of release although an alternative juror was still present and available to take the foreman’s place,” the bulletin noted. “It has been admitted by the foreman that he attended school with a brother of the defendant, Murdaugh, and in fact had dinner with him shortly before the trial began.”

In fact, one of Murdaugh’s first cousins was charged with jury tampering in the aftermath of the trial.

Did Murdaugh get off? Yes … he was one of five defendants (out of 23 brought to trial) who were acquitted in connection with the conspiracy. However, the presiding judge over the proceedings – Walter E. Hoffman of the eastern district of Virginia – made it abundantly clear what he thought of the Lowcountry solicitor.

“Although acquitted, Solicitor Murdaugh was publicly castigated for his unethical practices by (Hoffman),” the federal record noted. “The Judge deplored the fact that Murdaugh, who is an unopposed candidate for the office of Solicitor, and therefore assured of election, will on January 1, 1957, inevitably resume the office from which he resigned following his indictment.”

In fact, Murdaugh would hold this office for another three decades before passing it off to his son.

“Judge Hoffman indicated that, were he in Murdaugh’s place, he could not go back and face his people much less resume public office,” the record added.

“There is nothing new under the sun,” one Lowcountry lawyer who has spent decades following the Murdaughs’ told me last week, referring to the 1950s corruption trial.

While Murdaugh was acquitted at trial, local law enforcement officers and judges who participated in this conspiracy were not so lucky – drawing prison terms ranging from three to seven years for their roles. Obviously, we will have to see whether “past is prologue” on this front.

As I have previously noted, the S.C. State Law Enforcement Division (SLED) – led by chief Mark Keel – is currently pursuing at least six criminal investigations involving Alex Murdaugh, his family or the PMPED law firm. Murdaugh and one of his alleged co-conspirators were criminally charged last week in connection with one of those inquiries – SLED’s probe of a bizarre roadside shooting incident on September 4 that appears to have been part of an elaborate insurance scam.

Much more expansive, potentially explosive investigations are looming, however, including SLED’s probe of the aforementioned double homicide. Also worth watching? SLED’s deep dive into the finances of PMPED – which hastily accused Alex Murdaugh of stealing $10 million from its coffers on September 6 in a move many believe is an attempted misdirection. In fact, this latter investigation is said to be the nexus of a “significant public corruption investigation” involving the family, the firm and their intimates – according to multiple sources familiar with the inquiry.

The Murdaughs are also the focus of an ongoing obstruction of justice investigation exploring the aftermath of a fatal 2019 boat crash involving Paul Murdaugh. This crash – in which an allegedly inebriated Paul Murdaugh slammed his father’s 17-foot fishing boat into the piling of a Beaufort county bridge – killed 19-year-old Mallory Beach of Hampton, S.C. and injured several others.

It was the fallout from the boat crash which first began shining a light on this prestigious family, the powerful law firm it helped build and the unrivaled political, prosecutorial and law enforcement influence it continues to wield in the Palmetto State.

And make no mistake: More revelations are coming.

Don’t take my word for it, though. As Alex Murdaugh allegedly told his brothers last week following his arraignment, the family isn’t “even halfway up the mountain yet.”

He’s got that right …

News director Mandy Matney and I are committed to following the twists and turns of this saga as they continue to unfold … just as we are committed to delving deeper into the history of this family and its various intrigues. Stay tuned for much, more more as we continue our exclusive coverage of this still-unfolding saga.