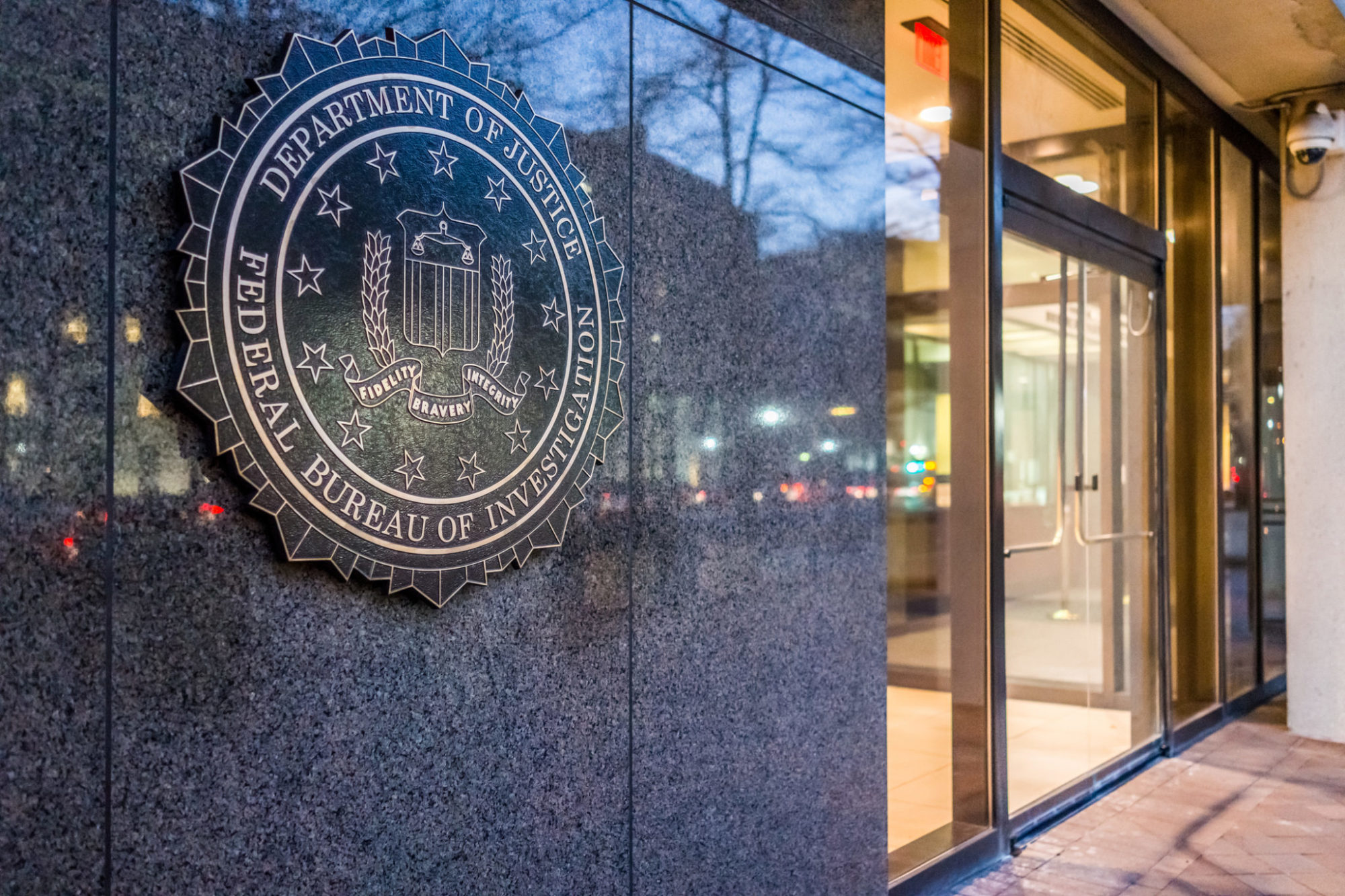 In a bold but ultimately unsuccessful gambit, defense attorneys for Alex Murdaugh have reportedly been conducting offline negotiations with federal prosecutors related to a looming Federal Bureau of Investigation (FBI) inquiry into the ‘Murdaugh Murders’ true crime saga.

In fact, the nascent federal investigation appears to be a product of these negotiations … which are reportedly being driven by pressure from influential officials at the U.S. Department of Justice (DOJ) in Washington, D.C.

Obviously, these would be extremely troubling developments given the close relationship between S.C. senator Dick Harpootlian – one of Murdaugh’s lawyers – and the administration of U.S. president Joe Biden. Harpootlian was a key figure in Biden’s pivotal “First in the South” Democratic presidential primary win in 2020, and his wife recently received an ambassadorship to Slovenia from Biden as a token of the president’s appreciation.

Is Harpootlian now calling in favors on behalf of his most (in)famous client?

According to multiple sources familiar with the situation, the goal of these ongoing plea negotiations was to strike a preemptive deal with the federal government that could conceivably mitigate some of the state charges Murdaugh is facing – as well as additional charges he is likely to face in the future.

“They want (Murdaugh) to do his time in Club Fed, not the state cellblock,” a source familiar with the negotiations told this news outlet.

That’s a reference to the relatively cozy conditions of minimum security federal prisons versus the rough-and-tumble world of the S.C. Department of Corrections (SCDC).

“(Murdaugh’s) attorneys ran to the feds to try and get a better deal,” another source familiar with the negotiations told me. “They had a proffer in hand offering up their guy.”

So … did the gambit work? No … because the state is not playing ball.

According to my sources, Harpootlian and his co-counselor on this case – Columbia, S.C. defense attorney Jim Griffin – were indeed successful in initiating a broader federal investigation of the ‘Murdaugh Murders’ saga, a sprawling made-for-Hollywood drama which involves multiple fatalities, millions in missing money and widespread public corruption among some of the Lowcountry’s most influential attorneys, business and officials.

In fact, this expanded federal involvement is expected to be announced imminently …

The two attorneys may have even been successful in eliciting a “proffer” from the feds – or an agreement to file lesser charges against Alex Murdaugh at the federal level in exchange for his cooperation with their recently launched investigation.

Harpootlian and Griffin were unsuccessful, however, in their primary objective … drawing the state heat away from their client.

In fact, that gambit may have even backfired …

As of this writing, Alex Murdaugh is facing five criminal charges in connection with two separate inquiries led by the S.C. State Law Enforcement Division (SLED). First, he was charged with insurance fraud, conspiracy to commit insurance fraud and filing a false police report in connection with a bizarre roadside shooting that took place on September 4, 2021. That shooting – a botched murder-for-hire attempt – took place on a rural roadside in Hampton county, part of a five-county region where Murdaugh and his cronies have exerted unrivaled influence over regional “justice” for decades.

This week, Murdaugh was further charged with two felony counts of obtaining property by false pretenses in connection with his alleged involvement in a scheme to defraud the family of Gloria Satterfield, who was his family’s housekeeper for more than two decades. Satterfield died in a suspicious “trip and fall” incident at the Murdaughs’ home in 2018. Her death is the focus of a separate homicide investigation by SLED – one of six active criminal investigations involving Murdaugh, his family and the influential law firm it founded in Hampton, S.C. decades ago.

For a recap of those six investigations, click here.

As a central figure in all of these inquiries, Murdaugh is likely to face additional charges – especially as he remains the focus of a grand jury investigation into alleged obstruction of justice connected to a fatal 2019 boat crash involving his son, Paul Murdaugh. Alex Murdaugh also remains a “person of interest” in connection with the savage June 2021 slayings of Paul and Maggie Murdaugh at “Moselle,” the family’s hunting property in Colleton and Hampton counties.

Furthermore, Harpootlian has admitted on national television that his client stole money from his former law partners at the prestigious Peters, Murdaugh, Parker, Eltzroth and Detrick (PMPED) firm – although efforts by attorneys at the firm to distance themselves from Murdaugh are being viewed with intense skepticism.

SLED is investigating those allegations, too.

As regular readers of this news outlet are aware, SLED’s inquiries into the Murdaughs and their intimates are bearing significant fruit. SLED has also been quite aggressive in pursuing these probes, even as its leader – chief Mark Keel – has sought to prevent any unauthorized leaks of information.

Just this week, Keel reiterated his commitment to following these cases to the finish – no matter where they lead.

“Today is merely one more step in a long process for justice for the many victims in these investigations,” Keel said in announcing the second round of charges against Murdaugh, adding that his agents “will continue to work tirelessly on behalf of those who were victimized by Alex Murdaugh and others.”

“As I have said previously, we are committed to following the facts wherever they may lead us and we will not stop until justice is served,” Keel (above) added.

Similarly emboldened in the pursuit of justice in this case has been the office of S.C. attorney general Alan Wilson. Following the recusal of a conflicted solicitor, Wilson and his attorneys are handling the prosecution of all state charges filed against various defendants in the ‘Murdaugh Murders’ cases.

Neither Wilson nor his spokesman would comment on the report that Murdaugh’s attorneys were negotiating with federal officials, nor would would they address their position in response to any potential plea agreements reached during such negotiations.

However, sources familiar with the situation told me Wilson made it abundantly clear to acting U.S. attorney Rhett DeHart this month that any federal negotiations with Alex Murdaugh would have “zero bearing” on the disposition of the state charges filed against him.

“The state is not acquiescing to any federal plea deal,” a source familiar with the conversations told me this week. “The state is not going to resolve any of its Murdaugh-related cases based on anything the feds do.”

In other words, the spirit of cooperation between state and federal prosecutors evident during the high-profile NukeGate investigation seems unlikely to be duplicated in this case – at least assuming Harpootlian and Griffin successfully leverage the former’s influence over the direction of the federal investigation.

Indeed, state and federal prosecutors could soon find themselves at loggerheads. According to my sources, Wilson reportedly told DeHart this month that the planned expansion of federal involvement in the Murdaugh case could potentially jeopardize one of the state investigations – the double homicide inquiry – but DeHart told Wilson he was moving forward with the federal probe regardless.

So much for prosecutorial courtesy …

Like Wilson (above), DeHart declined a request from this news outlet for an on-the-record interview.

Of interest? DeHart and Murdaugh were classmates together at the University of South Carolina law school back in the early 1990s.

To be clear: I believe this case calls for federal involvement. Based on some of the rabbit holes I have already uncovered, there is a clear nexus for the FBI to enter this case – and its resources would no doubt provide essential support to SLED agents currently striving to identify and apprehend all of those responsible for the maze of criminal conduct currently being uprooted.

Having said that, federal involvement must adhere to two critical conditions: First, it must not compromise the integrity of any of the ongoing state probes, and second, it must not be tied to some backdoor political deal aimed at mitigating consequences for a high-profile, well-connected defendant.

Sadly, that seems to be exactly what is happening …

“So what everyone has been pushing for, for the feds to get involved, is actually the backroom dealing everyone should be watching out for?” one source following the now-competing inquiries told me this week.

Also worth remembering? There is a media angle to all of this. The initial federal involvement in this case was first reported by John Monk of The (Columbia, S.C.) State newspaper. Monk, readers will recall, authored a fawning profile of Harpootlian and Griffin earlier this month.

Coincidence? I doubt it …

Bottom line? This case is far too important for political games – or for law enforcement/ prosecutorial turf wars. Too many people are dead. And too many people have been ripped off or denied justice by a corrupt regional oligarchy. Yes, the feds need to be involved in helping right those wrongs – to the extent that is possible here – but strong-arming their way into this inquiry based on political pressure from above is not serving the cause of justice.

If anything, that is a perversion of the course of justice … one which could easily cast a nefarious cloud over the entire federal component of this inquiry. In fact, don’t look now but this case is looking cloudier by the moment.