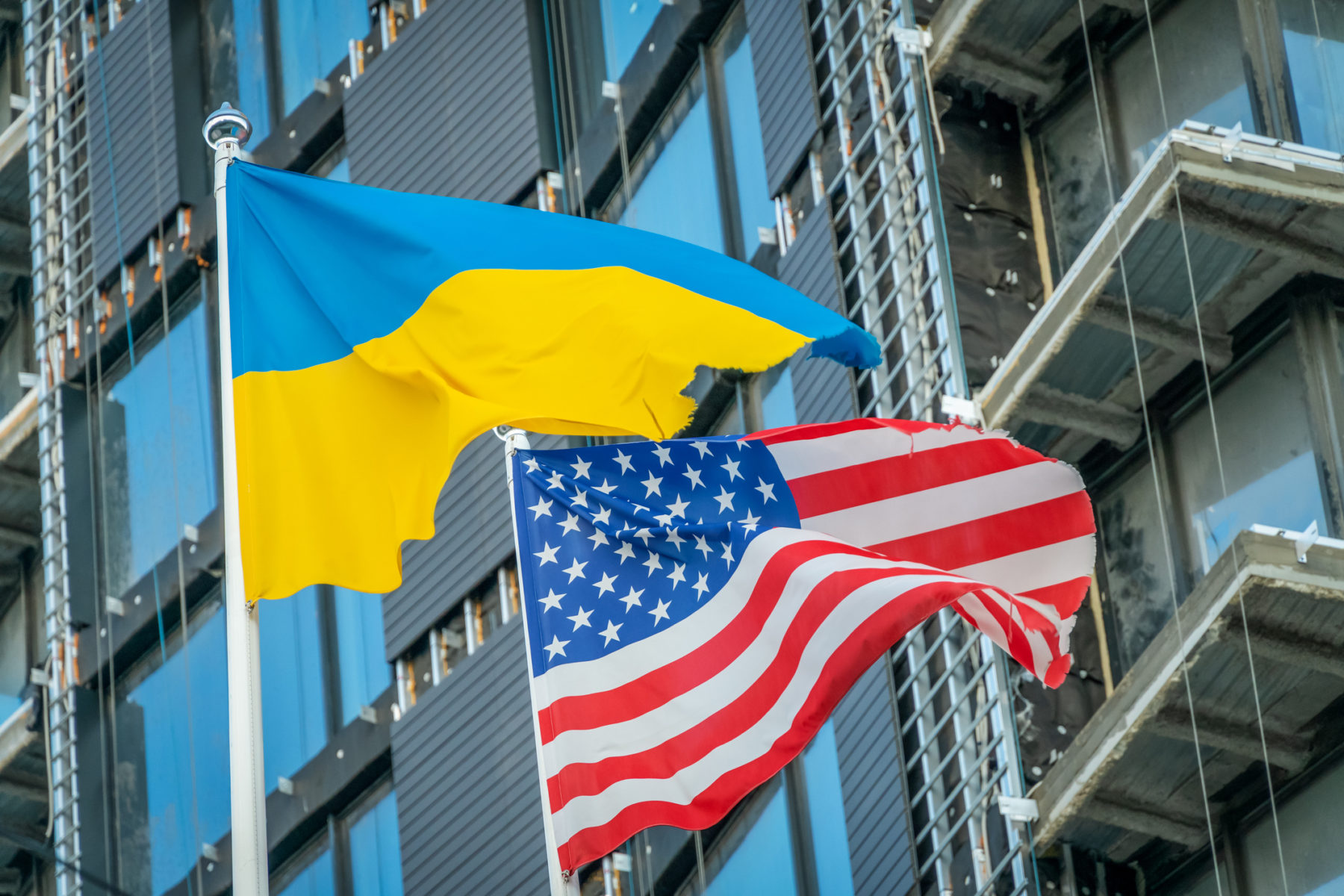 Who knows … by the time this article is published, the three-word headline “Russia Invades Ukraine” might wind up being true. After all, a Kremlin-backed invasion of this central European nation seems imminent, by most accounts. Should that happen, there ought to be an honest discussion about what (if anything) the United States should do by way of a response.

Still, “Russia Invades Ukraine” wasn’t an accurate headline as of Friday afternoon at around 4:00 p.m. EST, which is when Bloomberg – one of the most reputable media outlets in the world – posted it.

And left it online for half an hour …

“We prepare headlines for many scenarios and the headline ‘Russia Invades Ukraine’ was inadvertently published,” the outlet noted in an apology issued several hours later. “We deeply regret the error. The headline has been removed and we are investigating the cause.”

Curiously, the erroneous headline appeared not long after the administration of U.S. president Joe Biden – a guy with some serious Ukrainian skeletons in his closet – was pushing out the narrative that Russia was preparing a false flag justification for its impending invasion of Ukraine.

Last time I checked, there were two nations massing troops at the 1,426-mile border between these two nations. And the U.S.-led North Atlantic Treaty Organization (NATO) was helping organize one of those mobilizations (I will let you guess which one).

“Russia views its actions as a purely defensive response to increasingly offensive military preparations by NATO and Ukraine (according to Russia’s foreign ministry, half of Ukraine’s army, or about 125,000 troops, are stationed near the border),” noted Andrei Tsygankov, a professor of international relations at San Francisco State University. “Instead of pressuring Ukraine to de-escalate … however, Western nations continue to provide the Ukrainian army with lethal weapons and other supplies.”

There are multiple sides to every story, in other words … but the American media is only sharing one side: The anti-Russian side. One possible reason for that? America’s “neoconservative” warmongers – who dropped more than $6 trillion on wars in Iraq and Afghanistan – desperately need a conflict. Any conflict. Anywhere.

In 2014, the United States orchestrated the overthrow of Ukraine’s democratically elected government. Yes, you read that right. The country which prides itself on making the world “safe for democracy” led a coalition of some unseemly allies (including the Nazis) for the purpose of overthrowing pro-Russian president Viktor Yanukovych.

Yeah … and we expected Russian leader Vladimir Putin to just roll over and take that?

Why? Well, we found out why during Biden’s bid for the White House in 2020 … except no, that story was spiked by the mainstream media and overtly censored by left-leaning social media, wasn’t it?

As a result, Americans who were treated to incessant political theater – and an impeachment circus – over Donald Trump’s ill-advised Ukraine politicking were shielded from hearing anything about the far worse behavior of Biden and his family in the very same nation.

Whoever was meddling, though … why should American blood and treasure be expended to prop up an illegitimate government in a former Soviet satellite state?

“This is pure Euro-drama – the sort of continental entanglement our founding fathers explicitly warned us not to engage,” I wrote back in 2014. “America must resist the urge to intervene militarily in the Ukraine. We cannot afford to get involved – but even if we could, there is simply no compelling national interest to justify such involvement.”

Indeed. This is not our sphere of influence, people. It is Russia’s. Seriously, imagine the conniption fit America’s warmongers would have (and rightfully so) if Russia was sending weapons to Mexico and Canada and participating in drills with those nations on our borders?

According to author Norman Solomon, U.S. hypocrisy “cries out for journalistic coverage and open debate in major American media outlets.”

“Aiding and abetting a potentially catastrophic — and I do mean catastrophic — confrontation between the world’s two nuclear superpowers are lawmakers on Capitol Hill,” Solomon added. “Like the media they echo and vice versa, members of Congress, including highly touted progressives, can scarcely manage more than vague comments that they want diplomacy rather than war.”

Everything feels like the United States is on war footing … which is no doubt a welcome subject change for a flailing president.

“What drives the Western war scare has more to do with the West itself than with Putin’s unpredictability,” Tsygankov wrote. “Domestic and foreign affairs of the last decade have left the West weak and deeply confused.”

“Western nations are deeply divided and politically polarized, which compels them to rely on an image of foreign enemies for creating some measure of domestic unity,” Tsygankov continued. “Following the election of Donald Trump in 2017, Democrats used Russia to justify impeachment on the grounds of his ‘collusion’ with a foreign country. Most of these accusations turned out to be bogus, but now Republicans are doing the same and are accusing Biden of being soft on Putin.”

Making the Russian strongman a bipartisan bogeyman, if you will …

There is reasonably strong public support for some sort of American intervention in Ukraine, although only 15.3 percent of Americans believe U.S. troops should be deployed, according to recent polling (.pdf) from The Trafalgar Group. A greater percentage – 23.2 percent – support sending military advisors while another 31.1 percent feel America should “provide supplies and military weapons.”

The Trafalgar Group survey found similar levels of support for those positions among Republican, Democratic and independent voters.

In other words, the spin is working.

What should be America's policy toward the Ukrainian crisis?