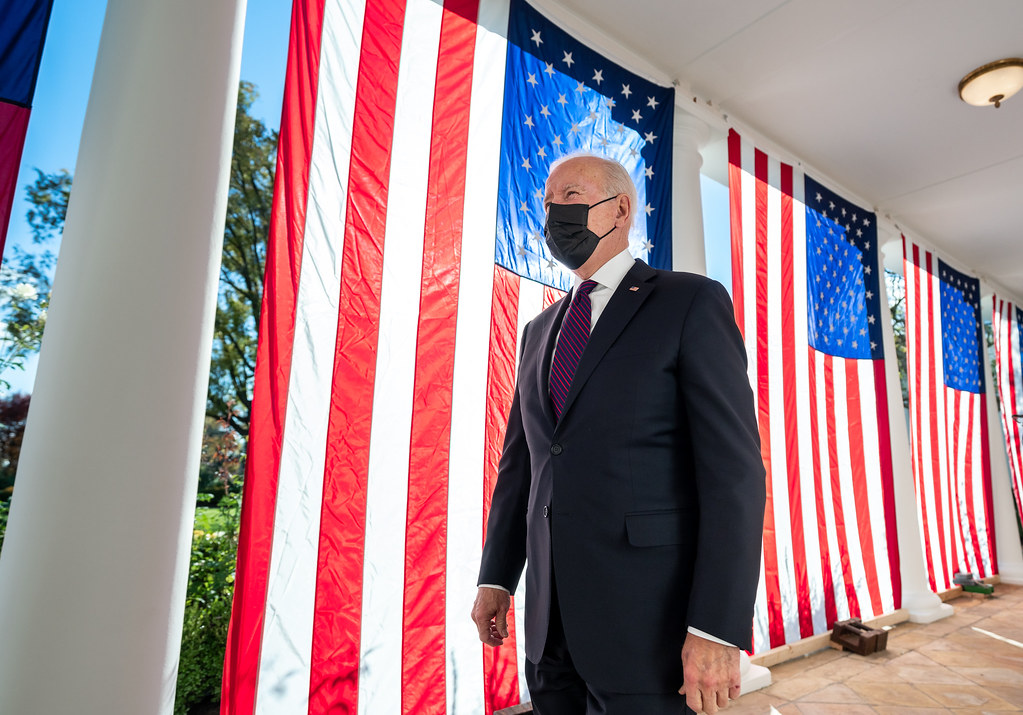 Trusting a mainstream media poll these days is a lot like trusting a significant other who has previously lied to you … which is to say caveat emptor. Or put another way, trust them only as far as you can throw them.

Polling has become propaganda. “Bandwagoning.” It has also become notoriously unreliable. But when a left-of-center media outlet releases polling data from a specific universe of respondents – acknowledging a potential bias upfront and posting results that do not conform with its prior narratives – it is probably worth considering.

That happened this week … and the results were very, very bad for U.S. president Joe Biden.

It’s no secret the Biden administration has failed to produce the “Build Back Better” utopia it promised on the 2020 campaign trail. If anything, skyrocketing inflation and pernicious supply chain issues have served to hamstring economic growth and short circuit the Covid-19 “recovery.”

On a monthly basis, prices climbed by 0.9 percent – matching June’s surge as the highest monthly spike recorded in decades. Updated CPI numbers are scheduled to be released this Friday (December 10, 2021), by the way … so look for a post on the latest inflation data before the end of the week.

What has been the political fallout from these spikes? According to the latest CNBC/ Momentive Small Business Index, these inflationary pressures are crushing Biden’s approval rating among small business owners.

“As president Joe Biden’s approval rating among entrepreneurs slips to an all-time low and Main Street confidence reverses to near its all-time low set in the first quarter of 2021 when Biden’s presidency began, it’s not only Republicans who are downbeat about the president’s handling of the economy,” CNBC’s Eric Rosenbaum noted in recapping the data.


Only 34 percent of small business owners approve of Biden’s handling of his job, down from 40 percent during the third quarter of the year.

“Most of that decrease was among independents,” Rosenbaum noted, pointing out that only 33 percent of independent small business owners approved of Biden compared to 51 percent during the third quarter.

Rosenbaum’s report didn’t mention this, but when intensity is incorporated into the equation the numbers look even worse for Biden. According to the data, only 15 percent of small business owners “strongly” approve of his performance compared to 57 percent who “strongly disapprove.” Among independents, only 6 percent “strongly” approve of Biden compared to 50 percent who “strongly disapprove.”

Take a look at those gaps …

While this index is “extremely partisan,” according to Rosenbaum, Biden’s struggles with independent business owners are clearly dragging down his overall ratings.

“The view from Main Street matches a parallel survey of over 9,000 non-small business owners conducted by Momentive for CNBC, which shows only 21 percent of independents, and just 65 percent of Democrats, say Biden has been good for the economy,” Rosenbaum added.

The only good news for Biden? His numbers are positively stellar compared to those of his vice president, Kamala Harris.

Can Biden turn things around? Clearly his political prospects will rise or fall on the basis of what the American economy does over the coming months. What was it a famous Democratic consultant once said? “The economy, stupid.”