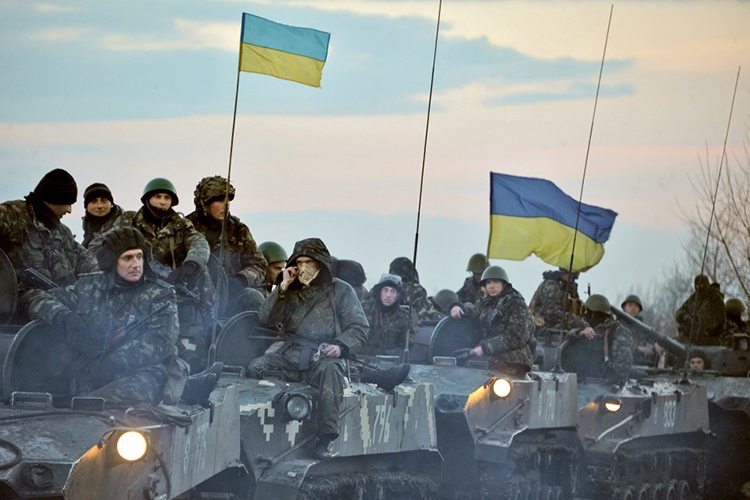 || By RON PAUL  ||It was one year ago last weekend that a violent coup overthrew the legally elected government of Ukraine.  That coup was not only supported by the United States and European Union governments — much of it was actually planned by them.  Looking back at the events that led to the overthrow it is clear that without foreign intervention Ukraine would not be in its current, seemingly hopeless situation.

By the end of 2013, Ukraine’s economy was in ruins.  The government was desperate for an economic bailout and then-president Viktor Yanukovych first looked west to the US and EU before deciding to accept an offer of help from Russia.  Residents of south and east Ukraine, who largely speak Russian and trade extensively with Russia were pleased with the decision.  West Ukrainians who identify with Poland and Europe began to protest. Ukraine is a deeply divided country and the president came from the eastern region.

At this point the conflict was just another chapter in Ukraine’s difficult post-Soviet history.  There was bound to be some discontent over the decision, but if there had been no foreign intervention in support of the protests you would likely not be reading this column today.  The problem may well have solved itself in due time rather than escalated into a full-out civil war.  But the interventionists in the US and EU won out again, and their interventionist project has been a disaster.

The protests at the end of 2013 grew more dramatic and violent and soon a steady stream of US and EU politicians were openly participating, as protesters called for the overthrow of the Ukrainian government.  Senator John McCain made several visits to Kiev and even addressed the crowd to encourage them.

Imagine if a foreign leader like Vladimir Putin or Bashar al-Assad came to Washington to encourage protesters to overthrow the Obama Administration!

As we soon found out from a leaked telephone call, the US ambassador in Kiev and Assistant Secretary of State, Victoria Nuland, was making detailed plans for a new government in Kiev after the legal government was overthrown with their assistance.

The protests continued to grow but finally on February 20th of last year a European delegation brokered a compromise that included early elections and several other concessions from Yanukovych.  It appeared disaster had been averted, but suddenly that night some of the most violent groups, which had been close to the US, carried out the coup and Yanukovych fled the country.

When the east refused to recognize the new government as legitimate and held a referendum to secede from the west, Kiev sent in tanks to force them to submit.  Rather than accept the will of those seeking independence from what they viewed as an illegitimate government put in place by foreigners, the Obama administration decided to blame it all on the Russians and began imposing sanctions!

That war launched by Kiev has lasted until the present, with a ceasefire this month brokered by the Germans and French finally offering some hope for an end to the killing.  More than 5,000 have been killed and many of those were civilians bombed in their cities by Kiev.

What if John McCain had stayed home and worried about his constituents in Arizona instead of non-constituents 6,000 miles away?  What if the other US and EU politicians had done the same?  What if Victoria Nuland and US Ambassador Geoffrey Pyatt had focused on actual diplomacy instead of regime change?

If they had done so, there is a good chance many if not all of those who have been killed in the violence would still be alive today.  Interventionism kills.

The War Propaganda Is Working