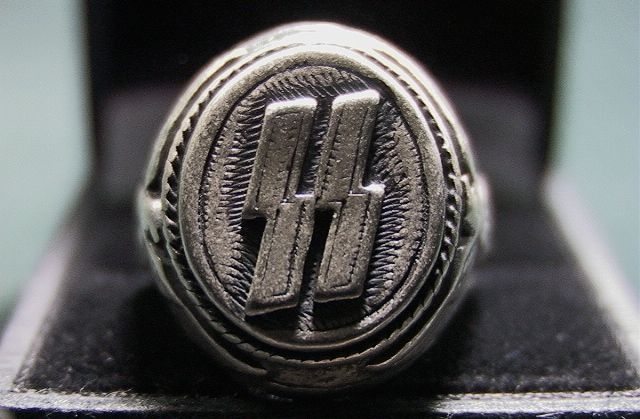 Earlier today we posted a story on the United States’ goose-stepping “partners in peace” in Ukraine (a.k.a. the Nazis).  And predictably, our comment section was flooded with people challenging the veracity of the story (one even going so far as to rebuke the credibility of the German news outlet that first published it).

You know … because America would never align itself with unsavory people, right?  Right?

Anyway, our commenters accused us of being fully in line with the “Kremlin spin” on Ukraine, where a battle is raging between Russians loyal to Vladimir Putin and a puppet government installed by the United States’ Central Intelligence Agency/ State Department after an unconstitutional coup.

That’s right … the country claiming to “make the world safe for democracy” (which isn’t our job, by the way) overthrew the democratically elected government in Ukraine, which is the impetus for all the “Russian aggression” we’re seeing in the region.

So … were we over-the-top in highlighting the Nazi connection in Ukraine? And America’s links to these neo-fascists?

Back in March, The Nation  published a voluminous piece detailing the close ties between the U.S. government and the Organization of Ukrainian Nationalists (OUN) and its Banderas outfit.   This group – which dates back to the 1920s – not only fought with the Nazis in World War II, they participated in the Endlosung der Judenfrage , or the “Final Solution to the Jewish Question” (a.k.a. the Holocaust).

The Nation  story contains an interview with Russ Bellant, who wrote a book back in 1991 that “exposed the deep involvement in the Republican Party of Nazi elements from Central and Eastern Europe.”

“There’s a documented history of (the OUN) participating in the identification and rounding up Jews … and assisting in executing several thousand citizens almost immediately,”  Bellant told The Nation.  “They were also involved in liquidating Polish group populations in other parts of Ukraine during the war.”

Of course according to our commenters the latest display of Nazi loyalty is just “two knuckleheads who drew Nazi symbols on their helmets.”

Um, no.  The stylized runes of Adolf Hitler’s Schutzstaffel (SS) are prevalent among Ukrainian fighters because the nation’s military lineage traces back directly to the Nazis – whose offshoot groups in the country have been receiving covert U.S. support for decades despite their involvement in German atrocities.

“If you look at insignia being worn in Kiev in the street demonstrations and marches, you’ll see SS division insignia still being worn,” Bellant said, referring not to one or two “knuckleheads,” but rather “entire formations” of troops.

Are they nice Nazis?

Bellant closes his interview with The Nation thusly …

I think all Americans have a responsibility to know what their government is doing in the foreign policy in Europe as well as elsewhere around the world, as well as Latin America, as well as Africa. Since our policy was to uphold apartheid in South Africa, why weren’t Americans challenging that more? They began challenging that in the ’80s, but the apartheid regime was run by the Nazi party. They were allied with Germany in World War II. They were the Nationalist party and they took power in 1948 and the United States backed that for decades. We backed the death squads in Latin America, even though they massacred tens of thousands of people—200,000 people in Guatemala alone. Americans aren’t being attentive to what their government is doing abroad, even though it’s being done with their tax dollars and in their name, and I think we just have a general responsibility.

Also a note to our beloved commenters: We know many of you are operating at a disadvantage due to having been educated in South Carolina’s government-run schools, but please – think before you type.  The embarrassment you save may be your own.