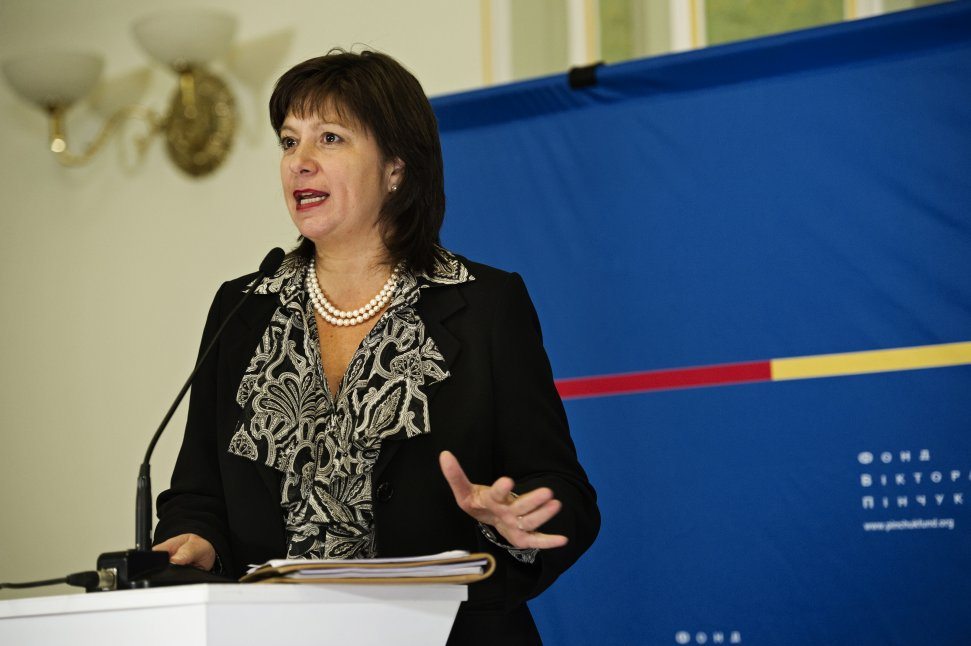 By FITSNEWS  ||  America is all about “making the world safe for democracy.” Unless of course those democracies choose leaders we don’t like, in which case we spearhead unconstitutional overthrows of their governments – like we did in Ukraine.

Wait … you thought that drama was all Vladimir Putin‘s fault?

Anyway America’s efforts to provoke a second Cold War in Europe haven’t gone according to plan, which means it’s time for the Washington, D.C. warmongers to step things up.  To wit: A U.S. citizen and former State Department official named Natalie Jaresko has just been naturalized and confirmed as one of three new foreign-born members of the Ukrainian government.

Her job?  Finance minister … but of course the U.S. State Department swears up and down it had nothing to do with her appointment.

Not everybody was thrilled with the decision to appoint Jaresko, though.  In fact it caused a brief fight on the floor of the Ukrainian parliament.

No seriously … what could go wrong here?  Well … other than record debt, widespread joblessness, declining incomes, and perpetual war, among other things.

No wonder Ukraine is pissed!

Looks like a meeting of the Japanese Diet and we haven’t had real influence there in years – this is the USA!’s fault again because why? Ukraine is pissed? Looks like six or seven guys arguing over a football match.

Post number 1 that was on zerohedge this afternoon. Do you just copy and paste from that site?

FITS doesn’t duplicate the exact copy, only the general negativity and tiresome anti-US whining. That way there aren’t any copyright issues (you can’t trademark pessimism). Never mind that ZH is wrong the *vast* majority of the time on their gloom and doom predictions (especially the economic ones). There are some hilarious websites that actually track that.

If Ukraine doesn’t like that puppet, we have plenty more that we can send over that might be more palatable.

“it’s time for the Washington, D.C. warmongers to step things up.  To wit: A U.S. citizen and former State Department official named Natalie Jaresko has just been naturalized and confirmed as one of three new foreign-born members of the Ukrainian government.”

Are Lithuanian and Georgian warmongers also involved, because that is where the other foreign born members are from.
What evidence do you have to accuse a DC warmonger of anything that has to do with the Natalie Jaresko appointment?
Name the warmonger and show a connection. Otherwise you don’t have a story except about an internal Ukrainian dispute. Oh! I forgot. Ukrainian soldiers used American made Sharpies to draw Swastikas on there helmets. US Corporate cronyism for sure.

That brawl had absolutely nothing to do with Jaresko’s appointment. They were arguing about separatists taking over government buildings in Eastern Ukraine and the Russian-allied lawmaker basically said, “Well, you started it by overthrowing the other president.”