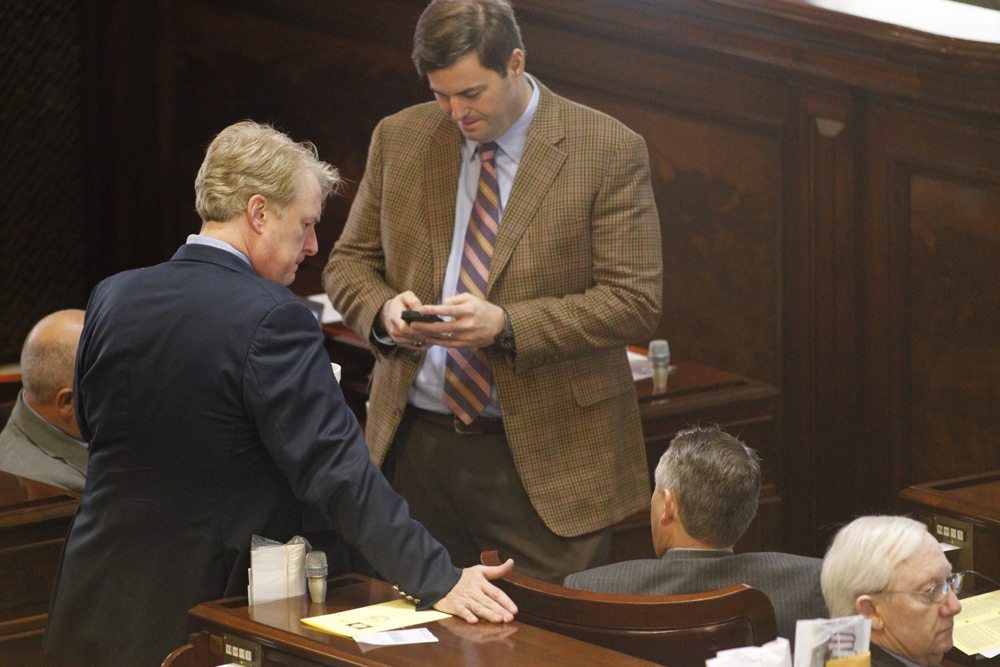 South Carolina lawmakers are panicking in the aftermath of two recent developments related to the ongoing investigation of alleged public corruption at the S.C. State House.

First was the news – reportedly exclusively on this website – that former S.C. Speaker Bobby Harrell had been summoned to provide testimony before a statewide grand jury convened by S.C. first circuit solicitor David Pascoe.

Harrell – the only lawmaker thus far ensnared by the probe –resigned from his powerful post in October of 2014 after pleading guilty to six ethics violations.  Harrell’s plea deal included a cooperation agreement with state prosecutors.

We’re told several other witnesses connected to Harrell have also been called to testify.

What sort of violations are we talking about?  Well, as we exclusively reported back in April, the probe appeared to be focused on the actions of Harrell’s former political action committee and the S.C. House “Republican” caucus.

Pascoe has reportedly flagged GOP caucus records in search of members who received the maximum $5,000 per cycle contribution from the organization – and then also benefited from additional electoral support.

Among those leaders? Former “Republican” majority leaders Rick Quinn and Jimmy Merrill (whose stories you can read about here and here, respectively).

Pascoe received the Harrell case from embattled S.C. attorney general Alan Wilson in 2014 after the latter recused himself from the investigation.  In the summer of 2015, Wilson recused himself a second time as it related to other sitting lawmakers under investigation – once again handing off the cases to Pascoe’s office.

Wilson has yet to disclose his conflicts of interest in either case.

Aside from Harrell being recalled to testify, lawmakers are also freaking out over comments attributed to S.C. Speaker pro tempore Tommy Pope at a recent solicitors conference.

Pope, who has been advocating full cooperation with Pascoe’s investigation, reportedly told several insiders attending the conference that leaders in the S.C. House were “going to have to suspend a few guys” in connection with the probe following the November elections.

Given the rumored scope of Pascoe’s investigation, that alleged comment sent shock waves through the GOP-controlled chamber.

“If you suspend forty Republicans pending the outcome of an investigation, guess what – there’s no Republican majority in the House anymore,” one GOP advisor privately fretted.  “Do they really think a Democrat prosecutor who is being puppet-mastered by the former Democrat party chairman is not licking his chops right now thinking they’ve got a shot at a Democratic majority?”

Are the rumors true, though?

Pope told us he wasn’t even sure what the statement “suspend a few guys after the election” even meant – “so I’m pretty confident I didn’t say it.”

Previous reports inaccurately attributed the statement to S.C. Speaker of the House Jay Lucas, who did not attend the solicitors’ conference.