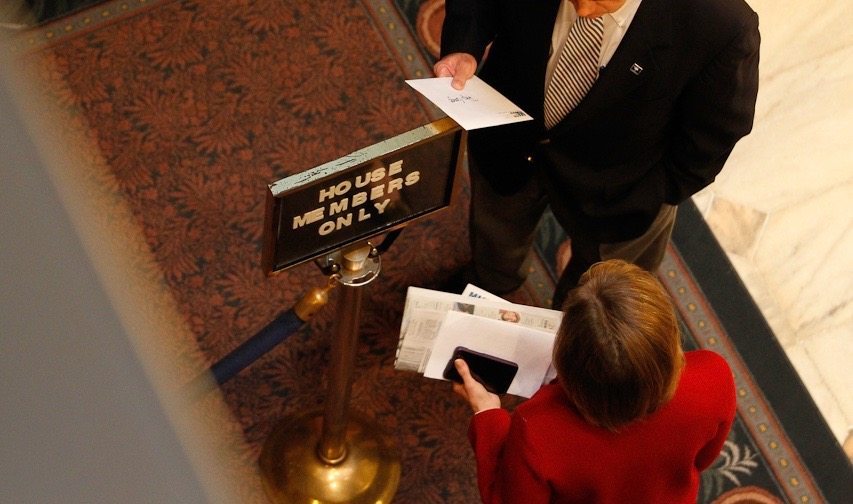 LAWMAKER AT THE CENTER OF A STORM … WILL HE SURVIVE?

|| By FITSNEWS || The naming of S.C. Rep. Jimmy Merrill in connection with an ongoing federal-state investigation into public corruption at the S.C. State House has tongues in the Palmetto State capital wagging.

On the one hand, the former GOP leader’s defenders are adamant he has been unfairly targeted by a “rogue prosecutor” in an attempt to harm him politically – and perhaps create some “First in the South” presidential headaches for Donald Trump, whose South Carolina campaign is being managed by Merrill.

In fact S.C. attorney general Alan Wilson – whose role in the corruption investigation is increasingly coming under fire – has made it abundantly clear he believes information from the probe has been improperly leaked to the media.  Not only that, Merrill’s supporters are already calling for Wilson to investigate the source of the leak – arguing it not only unfairly implicates the former majority leader from Daniel Island, S.C., but compromises the integrity of Wilson’s investigation.

Really?  We think at this point Wilson has done plenty to compromise the investigation on his own … 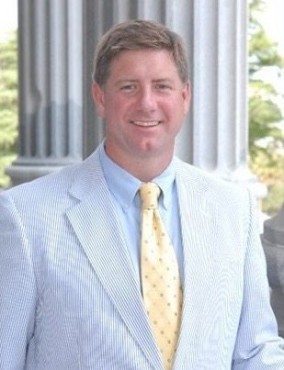 Exclusively unearthed by this website last September – “the probe” brought down former S.C. Speaker of the House Bobby Harrell nearly a month later.  The powerful legislative leader resigned his office after pleading guilty to six ethics violations – receiving three years of probation, hefty fines and a ban on seeking office for the duration of his punishment.

Plenty of other heads were supposed to roll, too … but Wilson’s office inexplicably waited ten months to forward vital investigatory materials to a prosecutor tapped to handle corruption inquiries in which the once-crusading attorney general was “conflicted.”

Which reminds us … Wilson has yet to reveal what specific conflicts continue to prevent him from doing his job, which has fueled allegations of selective prosecution which date back to his decision to take a pass on going after S.C. governor Nikki Haley.

As we reported last fall, Merrill was one of the lawmakers mentioned in the aftermath of the Harrell resignation.  He’s also closely affiliated with a group of politicos rumored to be at the heart of Wilson’s latest recusal from the probe, as we reported last month.

“At least some of the members under the probe’s microscope are affiliated with the neo-Confederate political empire of Richard Quinn and Associates – which manages the political destinies of numerous state lawmakers and elected officials, including Wilson,” we wrote.

But all that’s old news … boilerplate.

What are prosecutors looking at as they investigate Merrill (you know, assuming all of this isn’t some nefarious anti-Trump plot)?

According to multiple sources familiar with the probe, federal investigators are zeroing in on the Lowcountry lawmaker’s political consulting business – specifically its relationship to the S.C. House “Republican” Caucus.

The allegation?  That Merrill – and other “Republican” lawmakers – used their office for personal gain during their time as majority leader(s).

The feds also said to be examining Merrill’s relationship with special interests like the S.C. Realtors’ political action committee – i.e. the relationship Haley hit Merrill on back in 2012 when she was looking to get lawmakers to back off of her own misdeeds.

Haley’s doctrine of “mutually assured destruction” worked, too.  She got her problems whitewashed while others guilty of much less serious violations lost their offices.

What else is Merrill being eyed for?

According to our sources, inquiries into his personal finances have allegedly uncovered irregularities involving his relationship with a company located on Daniel Island, where Merrill and his family live.  Specifically, questions have been raised about whether Merrill has reported all of the income he received from this company – Daniel Island Associates.

Oh, and he’s not the only lawmaker the feds are digging on …

A couple things worth mentioning: Merrill has not been accused of a crime.  And assuming he is, he’s obviously innocent until proven guilty.  Also, as we noted at the outset of this piece, there is plenty of reason to assume motivations for the leak of materials implicating him in the investigation.

And yes, that leak should probably be investigated …

But everything we’ve been able to uncover from our network of sources indicates there’s some fire associated with the smoke enveloping Merrill.