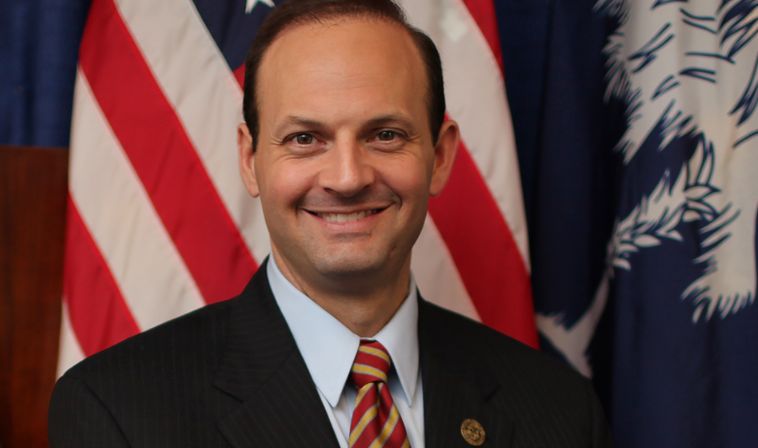 The switch in prosecutors was announced by Harrell at this week’s gathering of the S.C. House Republican Caucus in Myrtle Beach, S.C..  Harrell also informed House members that Wilson’s grand jury had expired on June 30, more than six weeks ago.

Harrell added that “I have said from the beginning that I violated no law and have only sought an independent prosecutor free of political motives and influence. I hope these events accomplish that.”

Sources close to the Speaker tell FITS the recusal was requested by the Attorney General, who informed Harrell ten days ago that he “had a conflict and didn’t want to have a hearing” on whether he could continue to investigate the case.

“He had already handed off (the case) before we were informed,” the source added, saying that the choice of Pascoe – who represents Dorchester, Calhoun and Orangeburg counties – was made by Wilson’s prosecutors.

“They recommended Pascoe because that is who gets the majority of cases that the AG can’t handle,” the source said.

Wilson’s office declined to comment on the Speaker’s statement.

“We are unable to comment because the Supreme Court order directs that we are not to disclose these matters,” Wilson spokesman Mark Powell told FITS.

The high-profile battle between Wilson and Harrell has been one of the biggest political soap operas of the year – dominating headlines for months ever since Wilson referred the case to the statewide grand jury back in January.   In May, an ethically compromised circuit court judge ruled that Wilson must shut down his probe and let a corrupt panel of S.C. House members handle the investigation (the same legislative panel that whitewashed S.C. Gov. Nikki Haley‘s ethics scandal two years ago).

Wilson has joined a chorus of critics of this corrupt self-policing mechanism.

“There is absolutely no way this case will get a fair hearing in the S.C. House of Representatives,” he told FITS months ago.

In July, the S.C. Supreme Court ruled that Wilson’s office had the authority to investigate Harrell – although it did refer the question of whether Wilson could remain on the case back to the lower court.  Three weeks ago, FITS published this report speculating that the lower court was likely to remove Wilson from the case.

Harrell has been accused of a wide range of allegations.  In September 2012, he was busted improperly reimbursing himself from his campaign account for dubious flight-related expenses (Harrell is a pilot). How much? More than $325,000.

He hasn’t exactly responded like an innocent man, either – assassinating the character of one of the reporters who investigated ham,  strong-arming her newspaper into backing down (by allegedly threatening to withhold an annual bribe the paper receives from the S.C. General Assembly), launching a smear campaign against Wilson and attempting to strip Wilson’s office of its power legislatively.

In May, Wilson told FITS “there are quite a few avenues we can use to effectuate justice” related to the Harrell case.

“There are plenty of tools in the toolbox and we are going to use every single one at our disposal,” he said. “All options are on the table.”

Multiple state and federal law enforcement sources tell FITS there has been close coordination on the Harrell case between Wilson’s office and federal prosecutors.

In fact in announcing an unrelated bust earlier this year, U.S. Attorney Bill Nettles spoke of the “unprecedented level of cooperation with state and federal agencies in routing out public corruption and returning public trust to the people.”

Of course our faith in the federal government lifting a finger to effectuate justice in South Carolina is nonexistent in the wake of U.S. Attorney General Eric Holder’s refusal to investigate the “Richland County Robbery,” perhaps the most glaring example of election fraud we’ve ever seen.