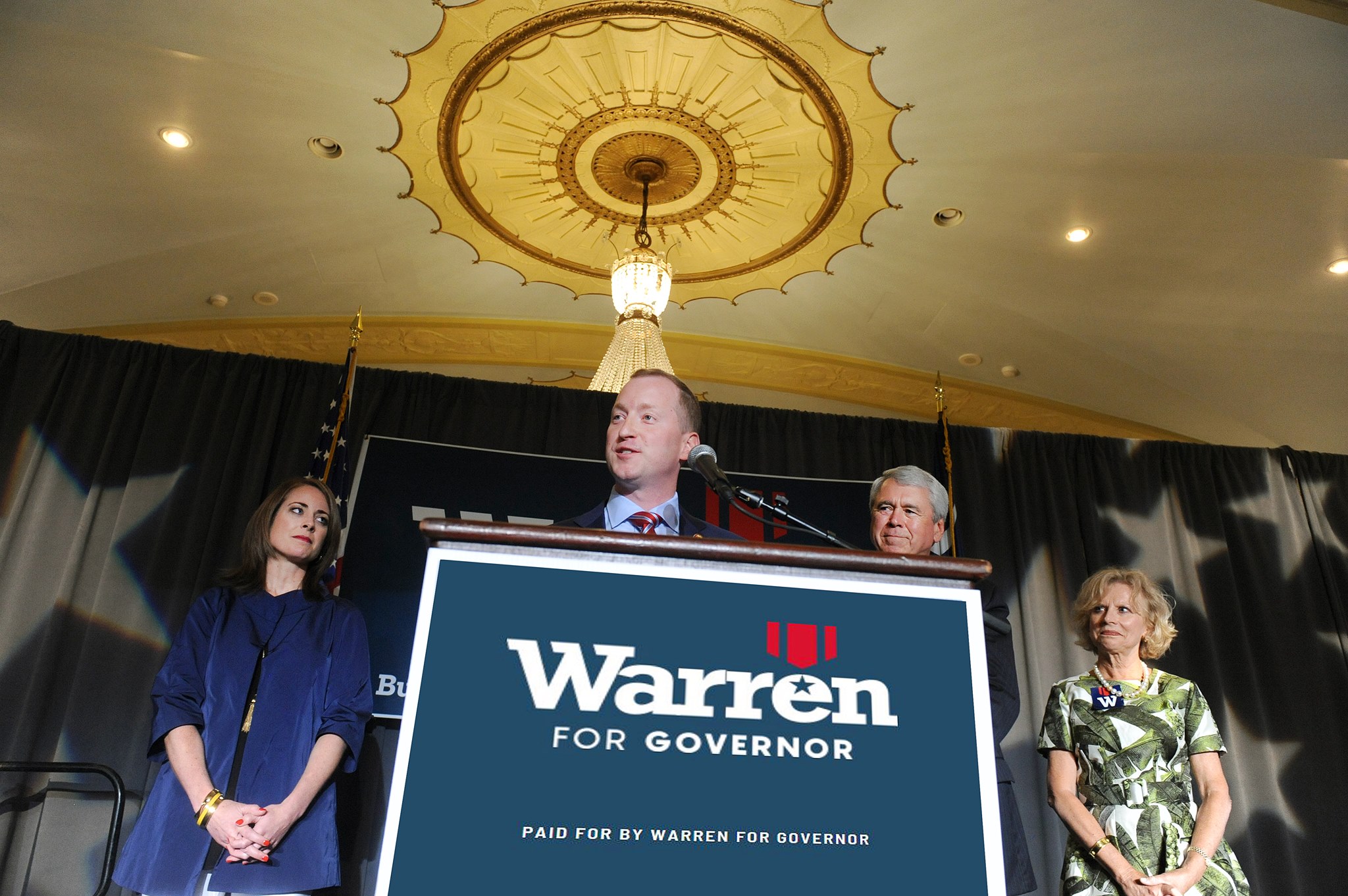 Former (and future?) South Carolina gubernatorial candidate John Warren continued his reemergence on the Palmetto State’s political scene this month, slamming an egregious piece of corporate welfare awarded two years ago to a liberal billionaire. This bailout was championed by his rival, incumbent “Republican” governor Henry McMaster, and other leading GOP politicians as part of their ongoing “crony capitalist” approach to economic development.

How has this approach worked out for the state? Not well at all, considering South Carolina has the fourth-smallest workforce in America and the seventh-lowest income levels in the country.

Warren’s criticism of the $165 million state bailout for liberal billionaire David Tepper – owner of the National Football League (NFL)’s Carolina Panthers – is the latest missive from his recently launched “Accountability for Taxpayers” project. That project is an initiative of his political action organization, South Carolina’s Conservative Future.

“In 2019, South Carolina politicians rammed through a sweetheart deal for the billionaire who owns the Carolina Panthers – to the tune of $165 million in taxpayer money. All because the billionaire promised to bring 150 jobs to the state,” Warren wrote in an email to his supporters this week. “That means taxpayers are paying more than $1,100,000 per job that was promised to be created!”

Oh, and that’s just the state portion of the handout, too … local taxpayers are also shelling out nine figures on this oft-delayed boondoggle.

“Only career politicians who have never actually created a job think it’s necessary to spend that much money to bring jobs to our state,” Warren noted. “Just ask the thousands of small business leaders who drive our economy and don’t get a dime from state government. While South Carolina taxpayers get hosed every year with some of the highest taxes in the country, a politically connected out-of-state billionaire got a special deal on our dime.”

Is that really what is happening?


Market-distorting subsidies such as those being routed to Tepper – whose net worth is approximately $14.5 billion – are being funded out of the pockets of individual income earners and small businesses which are struggling to survive in the aftermath of government’s response to the Covid-19 pandemic.

My news outlet opposed the Carolina Panthers’ boondoggle from the very beginning.

“South Carolinians – at the state, county or municipal level – have absolutely no business subsidizing incentives for billionaire NFL owners,” I wrote in March of 2019. “It simply wouldn’t be right, wouldn’t be fair and most importantly … it wouldn’t do a damn thing to stimulate the state’s moribund economy. If Tepper wants to build a new headquarters and practice facility in the Palmetto State, he can pay for those things himself.“

In that report, I cited numerous studies attesting to the inefficacy of bailouts for sports teams – including a 2015 report from the Mercatus Center at George Washington University which confirmed extensive previous research on this subject.

“Despite the many millions of dollars spent on professional sports, little or none of that money makes its way back to the taxpayers,” the report found.

In fact, the research actually uncovered the “harmful effects” of such boondoggles – including a drag on “per capita income, wage and salary disbursements, and wages per job.”

It’s not just conservative Republicans like Warren who have called out such crony capitalist deals, either. Readers will recall Democratic state senator Dick Harpootlian challenged the Panthers’ handout, too, hiring his own economist to examine the lofty job claims being touted by McMaster and his economic development officials.

Did the math on those claims add up? Hell no …

McMaster and his cronies insisted the Panthers’ deal would create 5,715 new jobs in the Palmetto State. However, economist Rebecca Gunnlaugsson studied the project in detail at Harpootlian’s request and concluded it would create only approximately 208 new positions – a difference of more than 5,500 jobs.

Sadly, state lawmakers approved the bailout despite being confronted with Gunnlaugsson’s evidence. Sadder still? They have continued to approve such handouts even as they refuse to provide long-overdue tax relief to individual income earners and small businesses.

Two years later, though, the Panthers’ project has hit a snag. As I reported exclusively last month, the city of Rock Hill, S.C. is having trouble financing the bonds it needs to meet its $225 million commitment to this boondoggle. According to my sources, the city is “over-leveraged” and simply unable to issue this debt – at least not without having to settle for junk bond rates.

As a result, the Panthers are asking York county taxpayers to step in and assume the obligation.

“We are concerned that without county assistance, the city will not secure the $225 million of bond proceeds contemplated by the interlocal agreement and other project agreements,” a representative of the team wrote to county leaders last month.

City leaders have insisted their finances are in order and that they do not need the county’s assistance.

Warren’s engagement on this issue comes as the Upstate businessman is ramping up his political profile in anticipation of possibly challenging McMaster in next spring’s GOP gubernatorial primary election. Warren nearly ousted McMaster in the GOP primary three years ago, but the fiscally liberal incumbent received a last-minute presidential endorsement in that race.

As I noted earlier this month, McMaster was in serious political trouble earlier this year … due in no small part to his administration’s botched handling of the Covid-19 pandemic. Meanwhile, Warren – who scored some big wins for the GOP on the 2020 campaign trail – was flying high and flexing his muscle legislatively.

Lately, however, McMaster has rebounded … with his pollsters touting what would appear to be an insurmountable lead over Warren (assuming you believe the GOP establishment’s surveys).

More credible pollsters have disputed those numbers, though …

Still, Warren will have his work cut out for him if he hopes to topple the establishment politician in twelve months time. But given his prior name identification and his ability to self-finance his candidacy, those hurdles can be cleared – especially if he keeps picking fights which put him on the side of taxpayers and small business owners (while his opponent is in league with liberal billionaires).