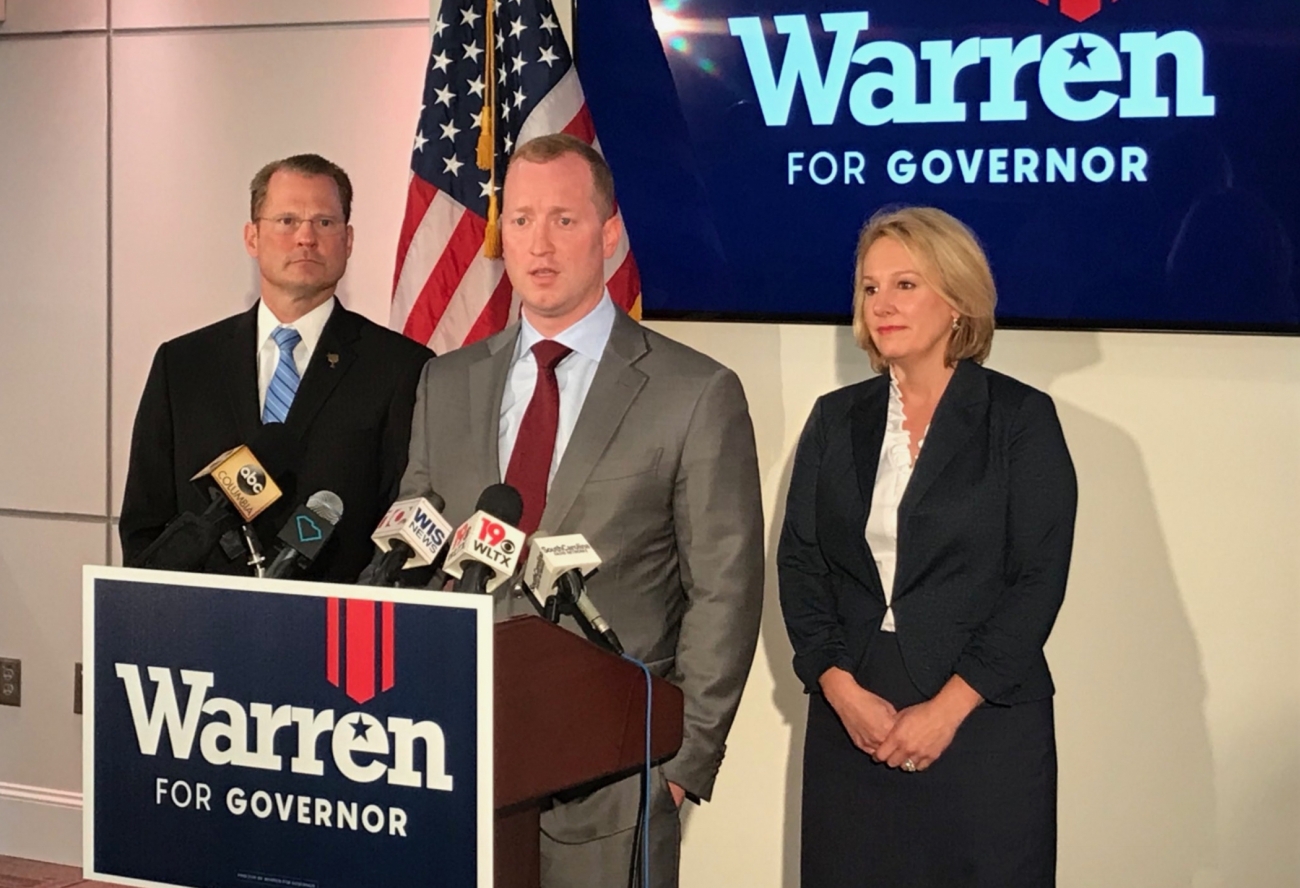 “While it is bittersweet to leave the company, I am proud of everything we have accomplished from right here in Greenville,” Warren said. “Lima One has a very bright future ahead of it.”

The company will keep its corporate headquarters in Warren’s hometown of Greenville – along with the 160 full-time employees who work there. Not surprisingly, that news was very well-received by local leaders.

“Lima One has been a critical part of Greenville’s success over the past ten
years,” city mayor Knox White said. “When leaders like John choose to build their headquarters right here in Greenville, it shows other business leaders the benefits of locating their companies in the Upstate.”

As expected, Warren’s big announcement has sparked all sorts of speculation about the 40-year-old businessman’s future in politics.

And guess what … it should.

Warren is regarded as a rising star in South Carolina politics after nearly knocking off incumbent governor Henry McMaster in the Republican gubernatorial primary election last spring. In fact, McMaster needed a last-minute endorsement from U.S. president Donald Trump to edge past the hard-charging Marine in a Republican runoff election last June.

McMaster also relied on a barrage of dark money attack ads against Warren to best him in their head-to-head battle.

Our guess is given McMaster’s limited, um, “accomplishments” in office that many Republican primary voters are probably regretting that choice. And might opt for a better choice next go-round.

So … how could Warren’s Lima One deal impact the South Carolina political landscape moving forward?

First, we must consider the sheer size of the agreement, which is reportedly in the neighborhood of $100 million according to sources familiar with the transaction. That is obviously a massive influx of cash for Warren.

Will he devote any of that considerable largesse to another statewide campaign? Yes, sources familiar with his plans tell this news outlet.

In fact according to one of these sources, Warren is “willing to put close to $15 million into his next race.”

Naturally, our next question addressed the timing of that “next race.”

If accurate, that would mean U.S. senator Lindsey Graham (above) is breathing a huge sigh of relief right about now. Graham’s advisors have been keeping close tabs on Warren via regular polling – as have McMaster’s advisors.

Graham is up for reelection in 2020 but has yet to draw credible opposition after pulling off his latest (and greatest) political reorientation.

Meanwhile incumbent governor has signaled his intention to run again in 2022 – although his lieutenant governor Pamela Evette has been making moves of her own with the governor’s mansion in mind.

Then there is U.S. senator Tim Scott, who is reportedly unsatisfied with life in Washington D.C. and eager to return to the Palmetto State – perhaps as a candidate for governor in 2022 but more likely leaving politics altogether.

“I plan to run for re-election but that will be my last one if I run,” Scott told The (Charleston, S.C.) Post and Courier last month.

Many believe Scott is eyeing a career in the ministry …

“If Tim Scott were to decide not to run, that Senate race would certainly be something John Warren would consider,” one of Warren’s former political confidantes told us recently. “And the financial commitment he would be willing to make in that race would be significant enough to scare off most any challenger.”

In addition to charting his own political future, Warren is also reportedly hoping to reshape the ideological orientation of the S.C. General Assembly – where fiscally liberal Republicans have long-aligned with Democrats to form a governing majority that raises taxes and expands bureaucracy with nothing to show for it but more expensive failure.

Given the extent to which power in South Carolina is concentrated in the legislative branch of government, such an effort could wind up being his most significant contribution to the Palmetto political process.

Stay tuned … we will continue to keep tabs on Warren’s moves in the aftermath of this major development.