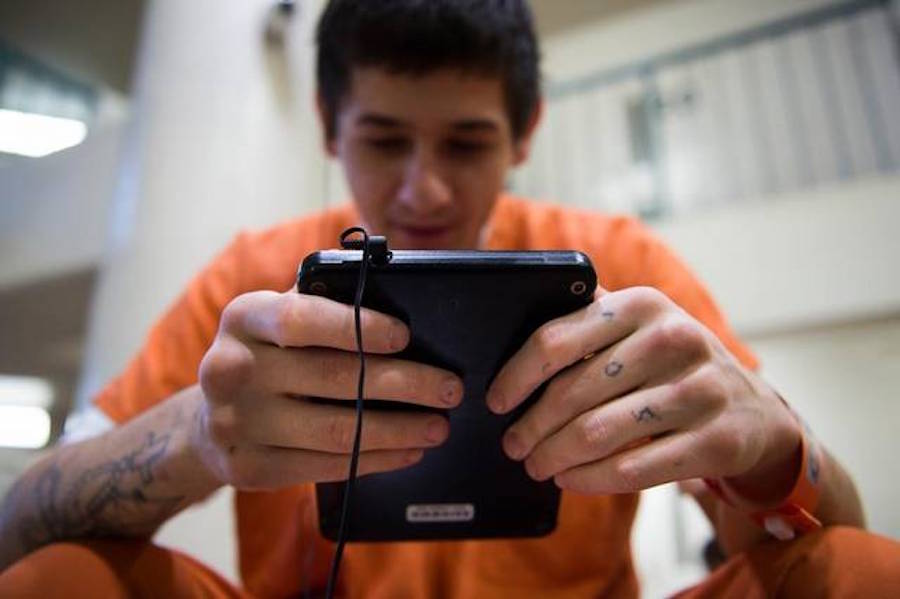 In the fall of 2017, as violence in South Carolina prisons reached a bloody crescendo, this news outlet published a lengthy reform treatise.

In our post, we outlined a number of proposals for state leaders who were (are) looking to improve conditions at the S.C. Department of Corrections (SCDC).

The primary thrust of our treatise was sentencing reform … and not the sort of dainty “let’s give leniency to violent offenders” nonsense that remains en vogue among many liberals.  No, our idea of sentencing reform is far more Old Testament.

Another idea we embraced in our post was the jamming of cell phone signals in Palmetto prisons … a position we have gradually come to acknowledge as necessary.  In addition to jamming, we endorsed the idea of providing (deserving) inmates with personal tablets in an effort to allow them “limited, closely monitored and tightly regulated” communication with the outside world.

“(Inmates) would be provided with a small, cheap tablet just as they are provided with a uniform and work boots,” we wrote.  “Each table would be synced to a regulated network administered by the prison.  Corrections officers would have total control over the network, and total control over each individual tablet (including whether inmates were allowed access to their tablets at all).”

This week, state officials are moving forward with this idea …

According to reporter Meg Kinnard of The Associated Press, SCDC director Bryan Stirling is rolling out a tablet computer pilot program with the goal of allowing inmates to communicate with their families, take advantage of educational opportunities and enjoy some entertainment in the privacy of their cells.

In addition to speaking with Stirling, Kinnard interviewed a former prisons director in Ohio who told her tablet programs in other states enhanced “the programming element that can be directly attributed to reducing recidivism” while also assisting prison security “by allowing greater (inmate) access to the families.”

Again … we support the implementation of a program like this, however we would argue it must be implemented alongside jamming and other reforms, not in isolation.

Otherwise, we should not expect much in the way of positive results to follow from it …

Instituting a program like this without taking the other steps, for example, will not solve the underlying problem of inmates using cell phones to conduct illicit activity.  Contraband devices would continue to be smuggled inside prison walls, and inmates would continue to use them nefariously.

In fact, this would probably make the contraband devices harder to find … and more coveted.

Furthermore, when dealing with incarcerated inmates, for every carrot there must be a stick … and the stick cannot be merely taking away new carrot.

Don’t get us wrong: We are pleased to see Stirling and his agency moving forward with reforms.  And we are also pleased the South Carolina prison system – one of the few core functions of state government – is receiving additional funding for employee raises and new security measures.

These are expenditures we support …

Still, more money for security and a pilot tablet program cannot be the extent of the changes.  If that is the case, then we hate to be the bearers of bad news but nothing is going to change.

Got something you’d like to say in response to one of our stories? Please feel free to submit your own guest column or letter to the editor via-email HERE. Got a tip for us? CLICK HERE. Got a technical question or a glitch to report? CLICK HERE. Want to support what we’re doing? SUBSCRIBE HERE.
Banner: Synergy

If You Build It …